KTM opened its new museum, the KTM Motohall on May 9th in the town of Mattighofen, Austria; KTM’s birthplace.  The project had been in development for 4 years.

More than 400 invited guests attended the opening including politicians, dignitaries, and luminaries from the moto world.  In attendance from the motorcycle racing community were members such as Dakar winners Matthias Walkner and Sam Sunderland.  From the MotoGP ranks, both current KTM riders Pol Espargaro and Miguel Oliveira were in attendance.

Other moto icons were present.  Roger DeCoster who was/is key to KTM’s success in the US Supercross series and 92-year-old John Penton who was instrumental in prodding KTM into building lightweight off-road motorcycles for sale in the US. 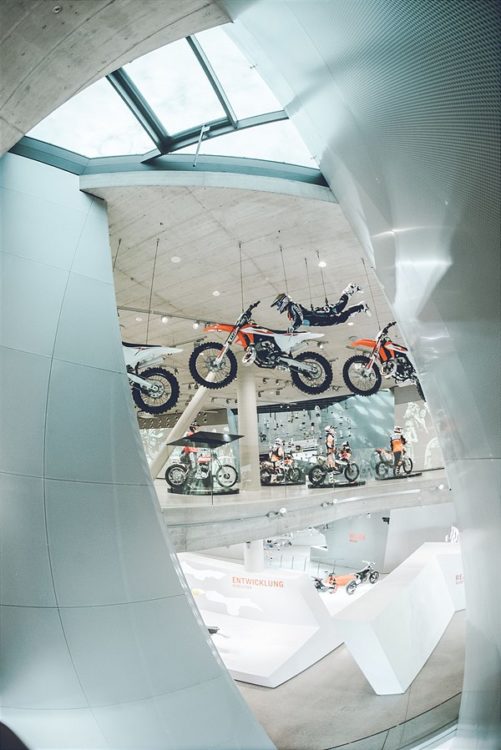 KTM’s CEO Stefan Pierer hosted part of the celebration.  He paid tribute to the merits of KTM, its employees and partners that help build KTM into the company it is today.

“The KTM Motohall has an immense meaning for our entire company. Here in Mattighofen we are more than ever firmly committed to our roots, and we connect the past with our intensive presence through the strength of our brand. Together with all our employees, partners and friends, we are looking forward to an exciting future. KTM invites everyone to the Motohall to share our enthusiasm for innovation and racing,” commented Stefan Pierer during his official welcome speech. 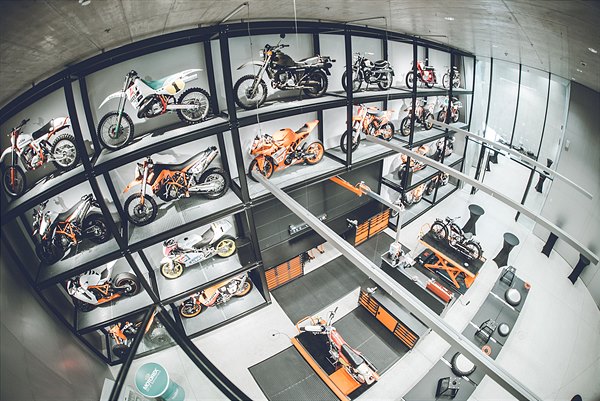 This weekend (May 11th – 12th) the Motohall will be open to other invited guests.  But thereafter, KTM has invited anyone to come and visit the KTM Motohall in Mattighofen.  It is open to the public for the first time on May 14th with its onsite restaurant opening on the 15th.

If you are a fan of the KTM brand, this is your chance to experience the history of KTM in the city of its birthplace.