If Supercross type riding is your thing, KTM thinks they have what you want.  They have just unveiled the 2019 KTM 450 SX-F Factory Edition bike.  This bike is the baseline for the factory supported bikes racing in the AMA Supercross series.  Riders such as Ryan Dungey, Antonio Cairoli, Blake Baggett, Marvin Musquin Jeffrey Herlings and Cooper Webb have thrown a leg over this bikes and raced them in competition. 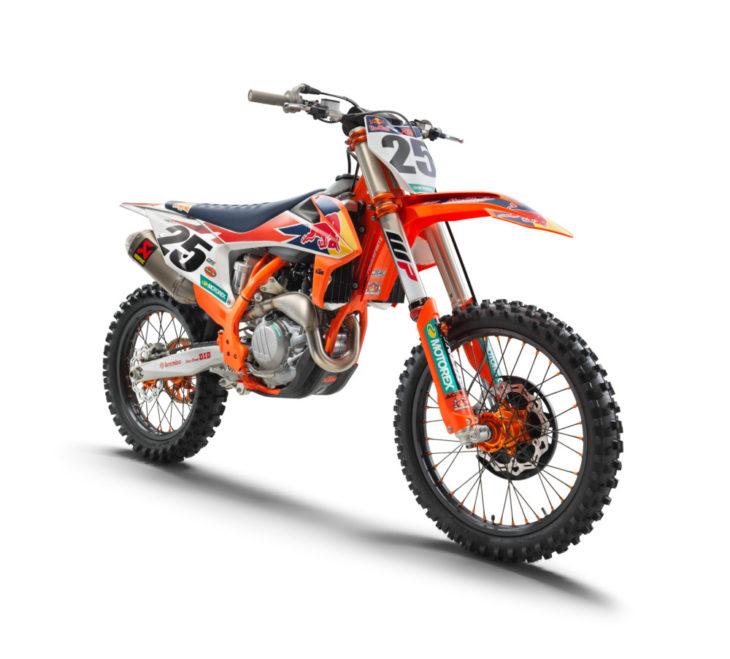 This year’s machine is more of an update than a clean sheet of paper re-design.  The more substantial changes to the bike include changes to the engine.  Better power delivery is a result of a new connecting rod and piston.   KTM improved suspension settings as well.  The front wheel now features a semi-floating front disc with brake disc guard. 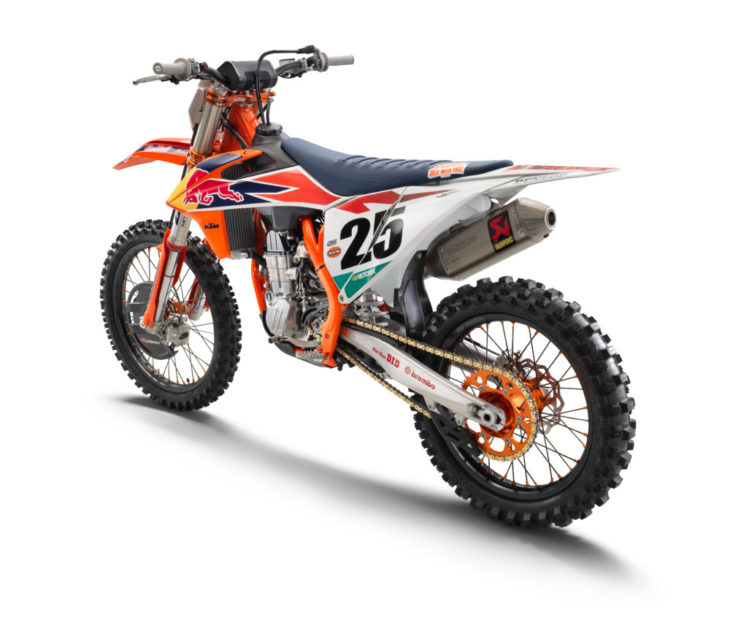 Racing is at our core, and these highly sought-after motocrossers are the basis of our championship winning machines competing at the highest level, including the AMA 450 Supercross series. We look forward to seeing our customers enjoy the benefits of this ultra-special bike that has so much racing pedigree behind it with an array of upgrades over the standard model. The latest KTM 450 SX-F FACTORY EDITION is one of the most supreme machines on our motocross line-up and will arrive in dealers in January in specific markets.”

You can expect to see the KTM 450 SX-F Factory Edition bikes at local dealerships in January 2019.  For more information on this bike, you can go to KTM’s website.