In a recent interview, with German news outlet Speedweek, KTM CEO Stefan Pierer talked about how Ducati might be a good fit for KTM.  In that same interview, Pierer also subtly dropped that KTM will also be bringing 500 cc twin cylinder bikes to market.

Pierer mentioned that KTM’s theme is presently 790 Adventure and that the company wanted to sell 15,000 of them next year (2019).  He said that the middle class is becoming more important.  With that comment, he subtly provided some insight into some new machines that KTM is working on.

In this segment we will come to other models, an SMT and so on. In the 500 cc class, we will bring a two-cylinder machine, which is manufactured by our partner Bajaj in India and with which we compete against the Japanese. Growth is happening in the emerging markets today, and in these emerging markets ‘premium’ is the mid-range of 500 to 800 cc. 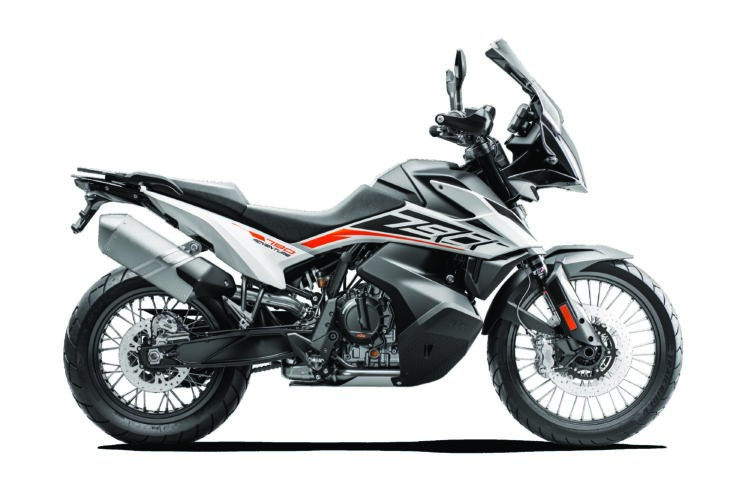 Could KTM’s 790 Adventure be the baseline for a 500 Adventure?

Many have been calling for a lighter ADV bike and one might hope that Pierer as the CEO of KTM is listening to those people.  But it does beg the question whether a 500 cc twin by its nature is light enough? If a 500 cc twin is close to the 790 Adventures’s weight, would it still be what the lightweight ADV community have been begging for?

By way of example, Honda’s CB500X “adventure bike” weighs in at 427 pounds wet.  If KTM builds a 500cc twin cylinder Adventure bike, what could KTM do to get the bike’s weight into the 350-pound range that some call for?  If they have to use “exotic” materials to get to this weight, could KTM (or anyone for that matter) build a bike that didn’t break the bank?

Since Pierer said that Indian manufacturer Bajaj will manufacture the new machines, perhaps they will get some labor cost savings compared to Europe, but would that be enough?

I’m looking forward to seeing what the future brings from KTM’s 500 cc twin cylinder models.  What do you think?