The world’s oldest motorcycle rally, Laconia Motorcycle Week will still go in.  Originally scheduled for mid-June, the event had been moved to August 22.  It was hoped that the COVID pandemic would no longer be an issue by that date.  But COVID is still a major concern and the Laconia, New Hampshire city council met July 13, to discuss whether the event should continue this year.

The council wanted to balance the competing interests of giving the city an economic shot in the arm against the risk to public health.  While New Hampshire has seen a relatively low number of COVID cases (6,000+) several of the bordering states, particularly to its south have not been so fortunate.  Many have seen more than hundreds of thousands of positive cases.  And, traditionally, people will come to Laconia Motorcycle Week from many of these states. 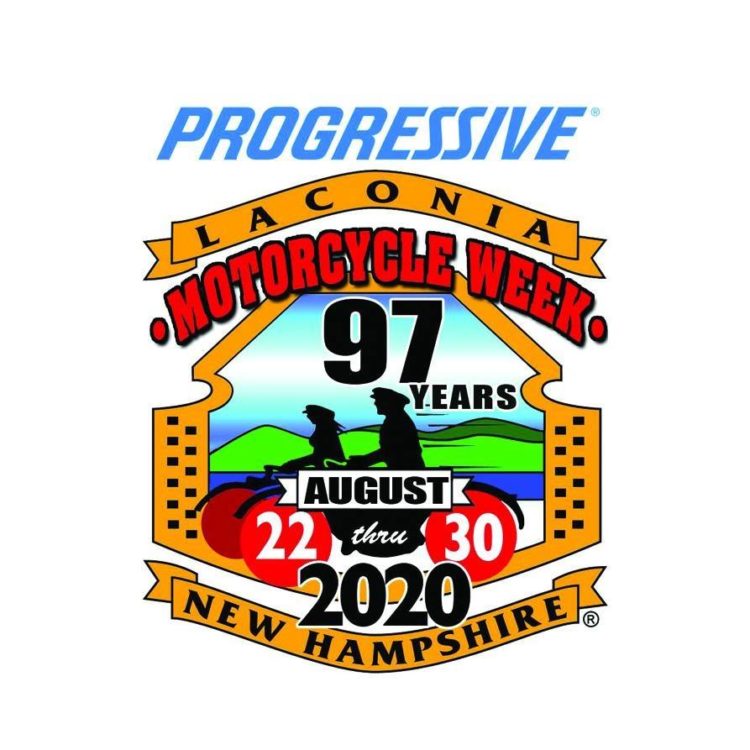 The Laconia Motorcycle Week Rally returns from 22 to 30 August 2020.

At the end of the meeting, the city council voted to allow the event in August but with restrictions.  Particularly, they are banning vendor permits with one exception – charitable organizations

So the rally will be different from those in the past.  There will be no beer tents and no vendors hawking t-shirts and various “biker” gear.  It’s unclear what the vendor ban will have on people’s choice to attend the rally this year.  In the past, hundreds of thousands of people attend the event to ride, buy goods, and gather to chat and drink beer.