When was the last time you rode at 136 mph/ 206kph? maybe today or last month or never!

Would you ride that fast on sand?

If you have,  you never had to wonder if your bike is good for that speed because of your trust the engineers and the structure of the motorcycle…and the engine, well it can just do it easily?

Did you ever for one-second wonder if your tires were rated for the speed you were riding…did that slow you down, or did you just got for it?

If you can now picture yourself 112 years ago, astride a motorcycle sitting on Ormond Beach Florida with a measured mile in front of you, with a V8 engine with 4000cc derived from an aircraft, in a spindly tube chassis and power to the back wheel via a shaft drive.

You are being watched by a small crowd, ready to make your speed run, as the announcer shouts out your name – “Glenn Curtiss” 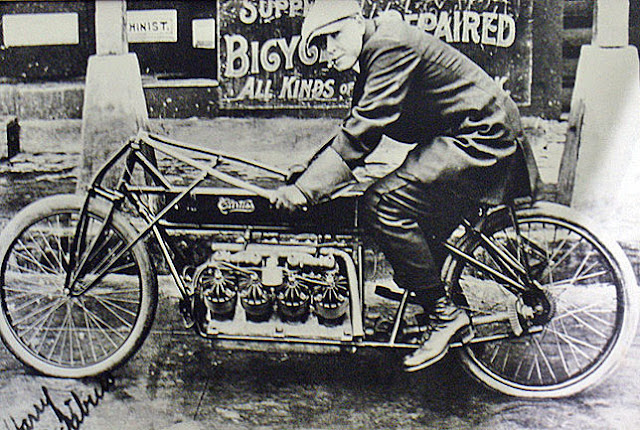 Just four years earlier in 1904, Curtiss had ridden a motorcycle at a mind-blowing 64mph. This was not enough for the young Curtiss so he dreamed of more speed.

In 1907 he made one successful pass down the beach, the return run was hampered by a shaft drive issue, but regardless he was crowned ‘The Fastest Man On The Planet’

He had surpassed any other man-made object on land or air to date, and held that record until 1930.

Glenn Curtiss an American speed hero if there ever was one 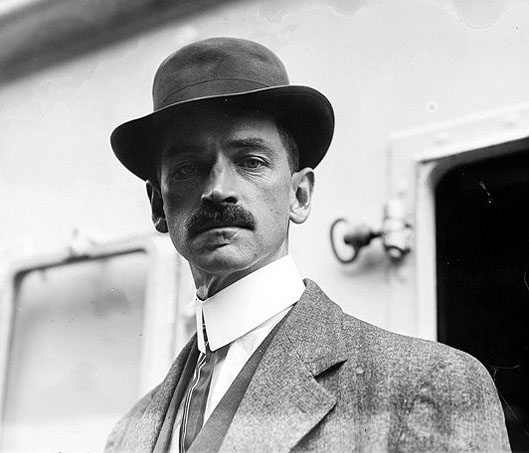 More details of his life in this video