You may have already heard about the Lazareth S3 flying motorcycle.  That machine made its first appearance in 2019 making a brief verticle flight with Lazareth CEO Ludovic’s girlfriend aboard. 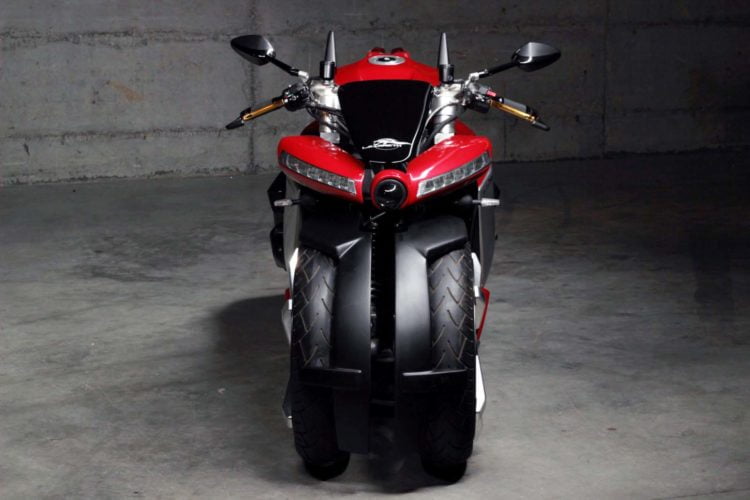 The LM 410 is another 4 wheeled motorcycle from the French firm.

The new machine is called the LM 410 and is equipped with a less exotic but more manageable 998cc four-cylinder engine from the Yamaha R1.  While Lazareth hasn’t released any horsepower or torque outputs, the engine will not be short on power.  Yamaha claims around 200 horsepower and 83 pound-feet of torque.  That’s more than enough to make things interesting, but is that a supercharger on the top of the right side of the engine? 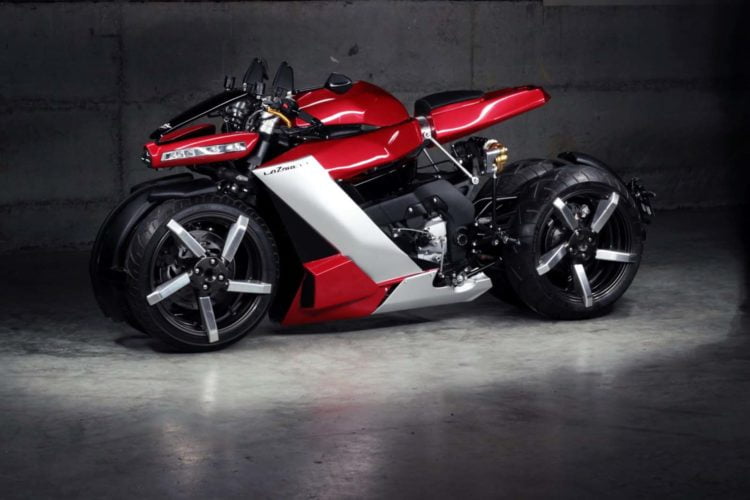 The machine’s weight has not been published.  One can easily imagine that it will be much lighter than the Maserati V-8 powered LM 847.  That beast came in at nearly 900 pounds.  Still, the LM 410 is likely no lightweight. Is that a supercharger at the top right of LM 410’s engine?

Much more conventional, it was designed to be lighter, more manageable and accessible to as many people as possible.

This civilized version still retains the hyper sport style and the genes of the Lazareth brand.