If its claimed specs are any indication of the final production model, Lightning may have a hit on its hands.  Claimed performance almost always represent a very large “if”.  But Lighting is not being shy about their performance claims.

Teaser shot of the front of the Lightning Strike electric motorcycle.

It’s the nature of the specs with the released pricing that make the Lightning Strike so intriguing.  Range is claimed to be 150 miles and the bike will reportedly be capable of hitting 150 MPH (241 KPH).  Those numbers are indeed impressive.

What’s not so impressive is that the particulars for these claims have not been identified.  It’s doubtful that the quoted range was calculated using the bike’s top speed.  Most electric motorcycle manufacturers use a mix of urban and highway mileage in arriving at their range figures.  Without this information, it’s difficult to know what the practical range of the machine will be.

One of the other important factors for an electric motorcycle is charging time.  Claimed DC fast charging time for the Lightning Strike is 35 minutes.  That is a very impressive claim.  However, we’re still left to wonder how the claimed charge time was calculated.  Is the claimed time for a full charge, 80% charge or something different?  Hmm… we’ll have to wait and see. 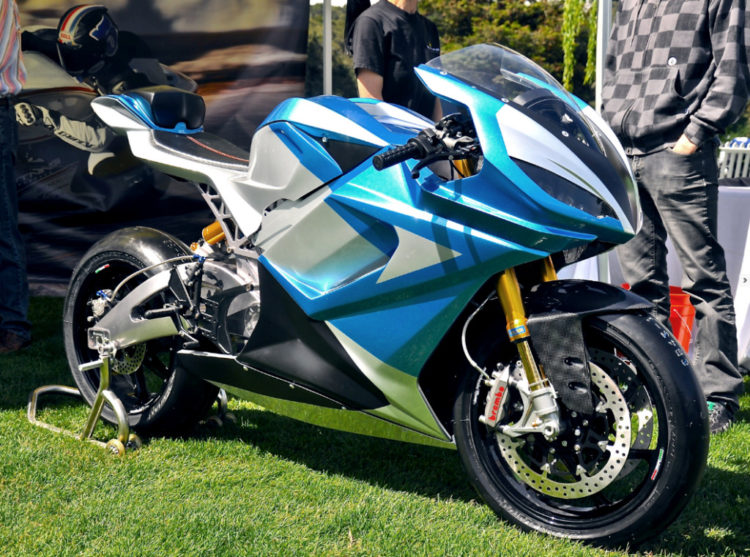 One of the few things that Lightning has said is certain is the price.  At $12,998, the Lightning Strike will be a huge bargain compared to its competition.  Harley-Davidson has announced that it’s Livewire will retail for about $30,000 and Zero’s similarly performing ZF14.4 SR retails for $16,495 without accessories.