Employment is a double edged sword. The ability to buy food and pay your mortgage is a big plus. Being under The Man’s thumb is the unfortunate downside. Some jobs, specifically mine, require employees to be able to get online on short notice to resolve issues, even when on vacation.

Having spent the previous 20 years lugging around 14″ business laptops has taught me a thing or two about portability. If your IT department ever tries to give you ToughBook you should refuse it on medical grounds; it is a bulky heavyweight back-breaker.

Traveling by motorcycle has presented a new challenge. Despite my girlfriend’s assurances, size does matter. So does the weight. I have been on a multi-year quest to find the lightest, most capable laptop to carry with me while ADV riding. The criteria:

Getting two of those is easy. Getting three of those attributes has been impossible. Spoiler Alert: It still is.

How about an extremely light, amazingly inexpensive, and reasonably powerful laptop?

Here are my attempts to find a decent laptop. Every one so far has been a big compromise: 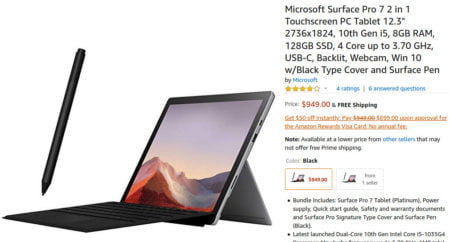 The Microsoft Surface Pro, currently on its 7th iteration, is the king of Windows tablets. You can get one with a real processor, big chunks of memory, and lots of storage. If money were no object I’d buy one of these.

I stumbled across the line of Motile 14″ laptops last November on one of the tech forums. Other nerds were saying good things about them, and the price for the base model was only $239 at the time, so I gave it a shot.

I’m a pessimist at heart, so I had low expectations. This low-buck laptop blew my expectations out of the water. It didn’t just attract my attention: my girlfriend liked it so much that she bought one too. A pink one, of course. 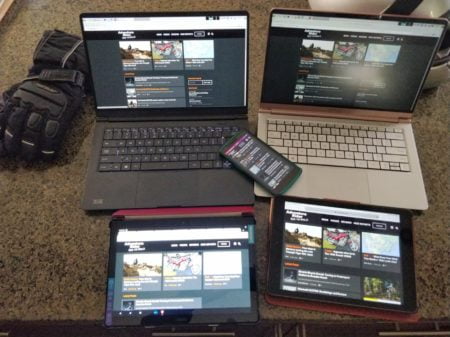 I bought a black one… then my girlfriend bought a pink one.

Here are the basic specifications of the Motile M141 Laptop:

The price is currently $249, which is a great price for a laptop with these specs. Due to Amazon-style variable pricing algorithms, the price sometimes drops to as low as $199… but it also creeps up to $299 on occasion. 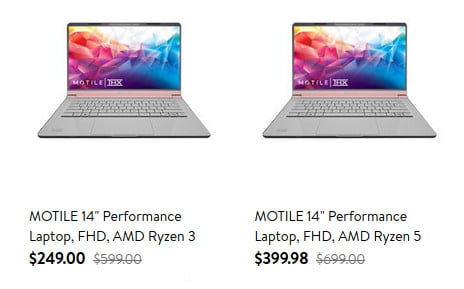 On a rainy Saturday morning I gathered up all the gizmos that I could find and put them to the test. I pitted the Motile laptop vs iPad vs my cell phone (Oneplus 5) vs an older Lenovo 15″ business laptop vs Evoo 10.1″ Windows Tablet.

Something that I didn’t test was screen brightness, but it is a definite weak point of the Motile Laptop. Your cell phone and/or iPad are way better.

Compared to my 14″ ToughBook, the Motile 14″ laptop is a tiny featherweight. 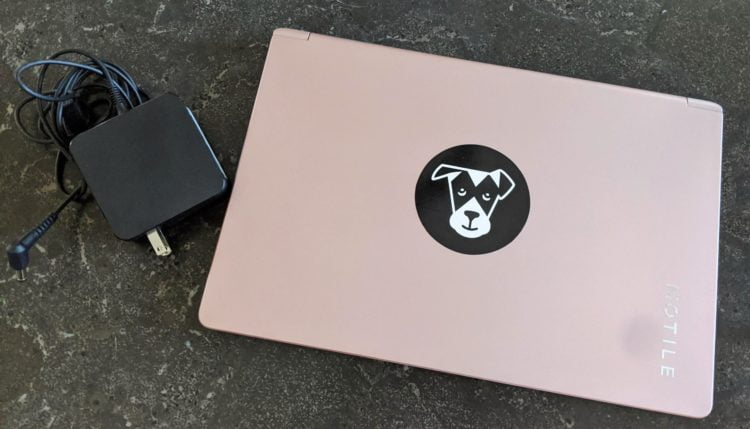 Charging brick is small, but it requires wall clearance and the cord is only 6 feet long. 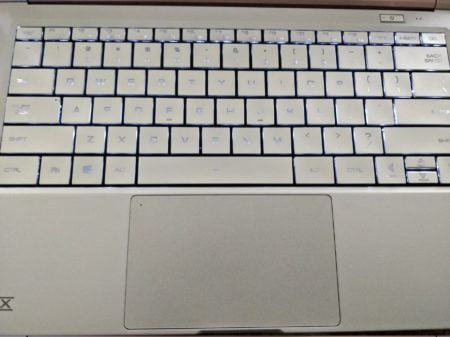 Sliver keyboard is difficult to read with backlighting on. 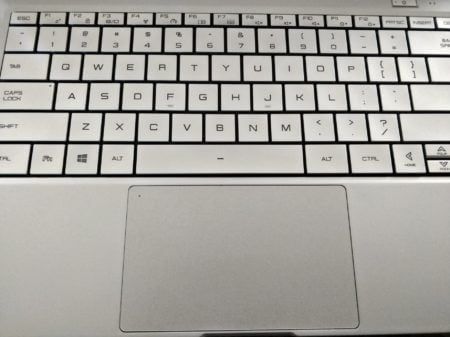 Backlighting off is much better. 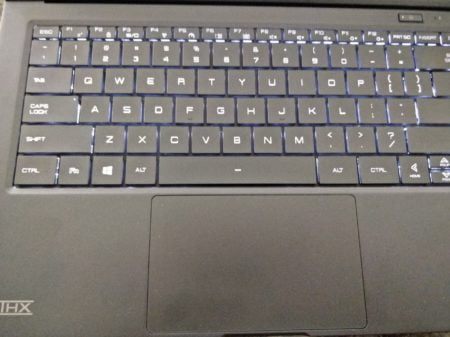 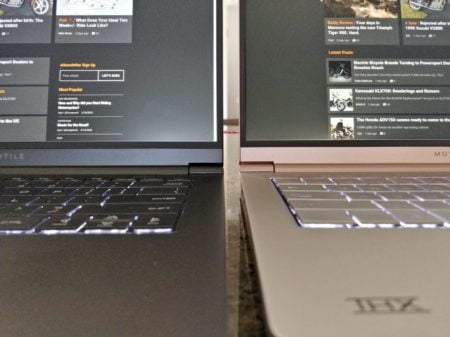 Backlighting bleeds underneath the keys

There are several reviews out there of this laptop, most of them of the higher spec M142 Ryzen 5 model:

Detailed Specs (and commentary) of the Motile M141 from slickdeals.com:

Detractions:
-1 slot of RAM – so no dual channel, resulting in ~25% graphics performance hit
-Comes with 4GB RAM. While sufficient/fast for most people (despite what forums will have you believe), power users may benefit from 8GB.
-Not from a well known brand (it was put out by a partnership between Walmart and THX)
-Screen could be brighter outdoors (240 nits)
-USB-C does not support charging or video output
-Wifi is 1×1, theoretical max of 433mbps, actual of ~250mbps on 5 GHz
-No 2.5″ slot

What moto-friendly solutions have you found for your computing needs? Do you need a high power machine to crunch video, a brilliant screen for photo editing, a keyboard for extensive writing, or are you just VPN’ing into work to check emails? Share your experiences below to help out the community.