Italian motorcycle manufacturer Moto Guzzi has a long heritage of race wins.  They claim to have no less than 3,300 top step podiums.  The wins include 14 World GP titles 22 world records and 11 Isle of Man Tourist Trophy wins.  So to commemorate their racing legacy, Moto Guzzi has decided to offer a factory direct custom called the V7 III Racer.  The bike will be available only in the USA and Canada. 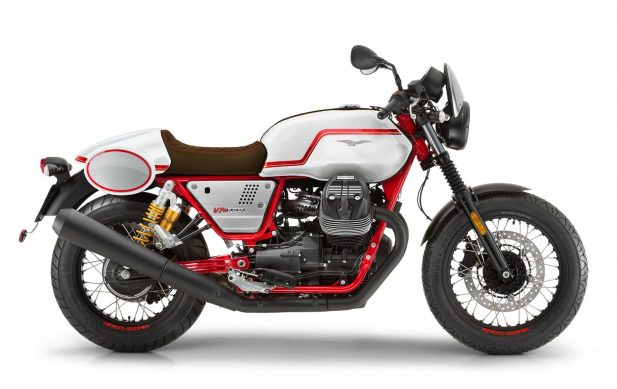 The new V7 III is distinguished from previous V7 III versions in concept, technical and aesthetic differences.  A new gloss white paint with red accents adorns the machine.  Moto Guzzi claims that the paint scheme is reminiscent of the “Rosso Corsa” colors that were used in the first 1971 V7 Sport series. 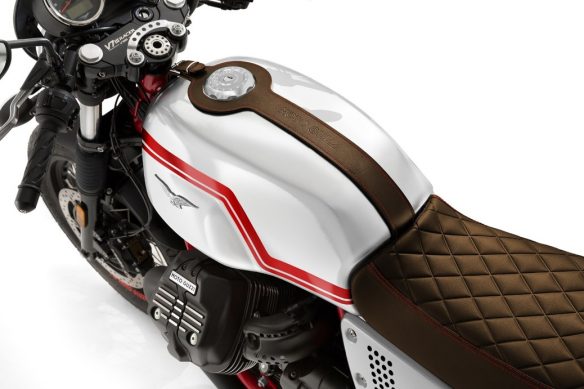 A leather strap runs from the steering stem to the seat.

At first glance, the bike may look like a single seat ride, but the rear seat hump is removable.  This reveals a two place seat.  A closer look will also reveal that passenger pegs are installed making the bike a two-up ride.

Yamaha Working On Another Leaning Trike