It’s been a while since I’ve tried to think about what I felt and write what I thought. I spent the last couple of days in London. If you don’t count work trips, I was last here in 1967 – as a little kid age eight.

My parents were unconventional. At a time when the family unit was under attack, these two people fought to knit their brood tightly and moved ½ way around the world for an 18-month assignment in Africa. In May of 1967, the in-country assignment was over and we embarked on a journey through Central and North Africa, Europe, and finally the UK on our way back to Canada.

In June 1967 we arrived in Aman Jorden. The next few days found us on horseback into Petra, then floating in the Dead Sea followed by Bethlehem and the Garden of Gethsemane. All this was happening against the backdrop of tank exercises in the desert and automobiles with headlights blued out save a thin horizontal strip. All preparations for war. Worldwide media didn’t really exist. English newspapers were few but in talking to locals my parents were convinced that war was coming. As a kid your memories are different. I can recall the night before our flight out on June 6, 1967. My mom made each of us a bath and put on clean underwear. A Canadian Nurse by training I suspect that was her way of coping with what was then not known as anxiety.

The Aman airport was good about getting all foreigners out of Jorden and our next stop in Cairo was welcome and celebrated by my parents.

I went back to Jerusalem in June of 2007. The trip was for work to assess a software company for acquisition. On the final day, we finished at noon so my colleague (an Iranian National in Tel Aviv – definitely another story) and I hired a car and went to the holy city. The most striking image was for me standing in the garden of Gethsemane overlooking the ancient city and looking at the olive trees in the foreground remembering our guide in 1967 saying these trees live for many hundreds of years. That was a moment of perspective for me.

So London held similar if somewhat muted perspectives today. I took some pictures, I hope you enjoy them. 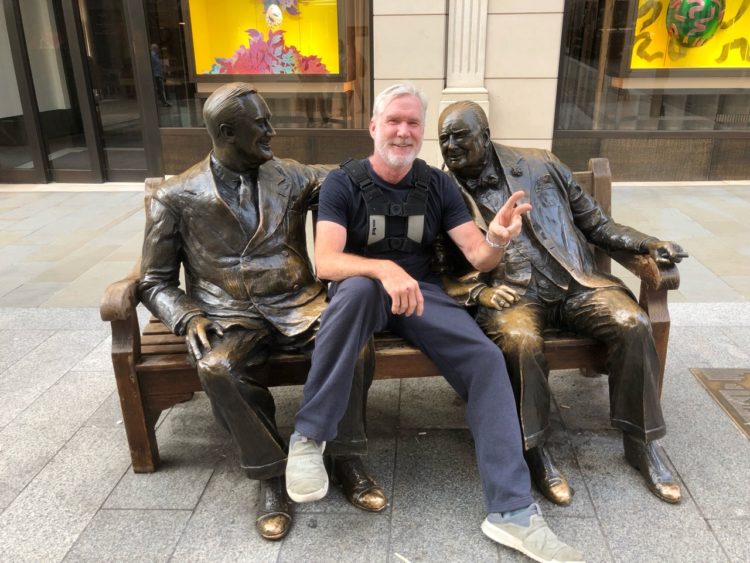 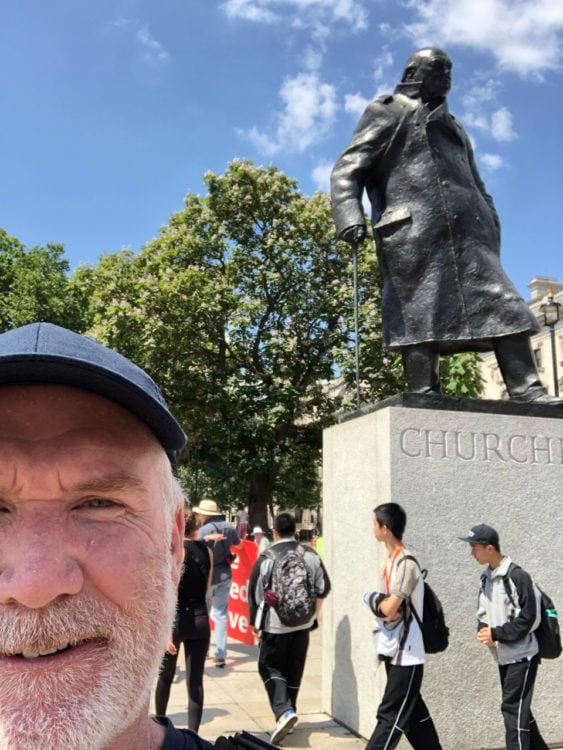 In the Shadow of a Great Leader 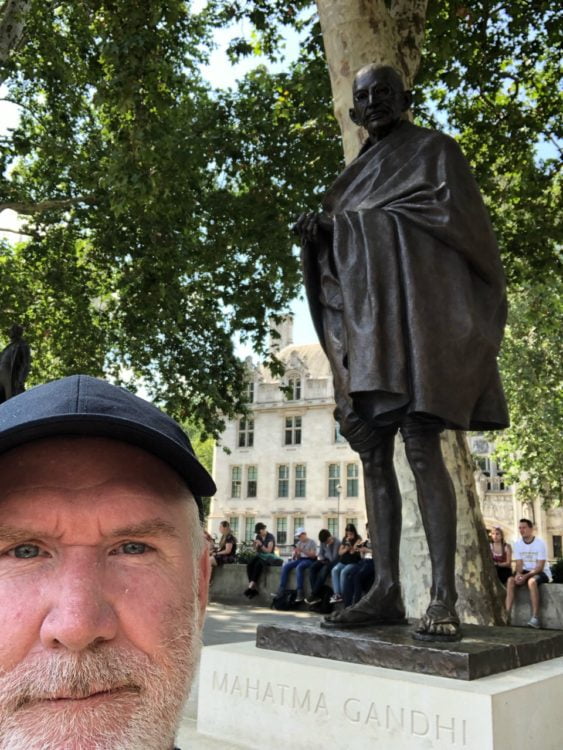 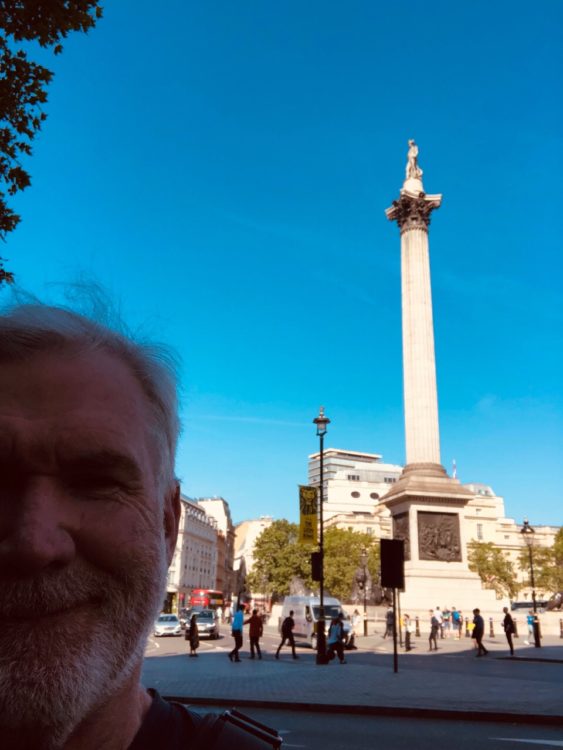 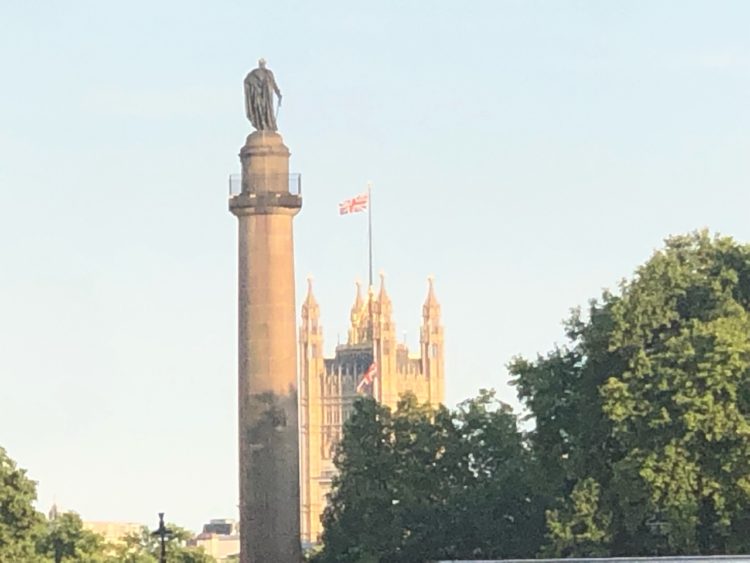 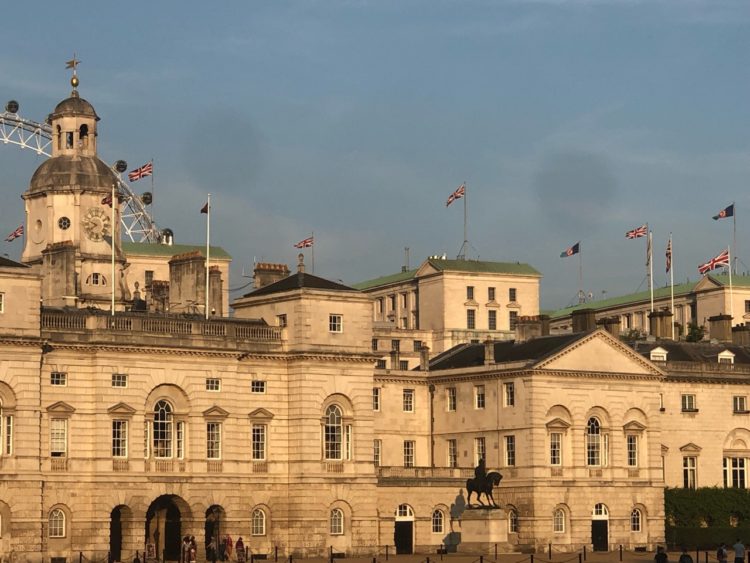 Flags on The Back of the Palace 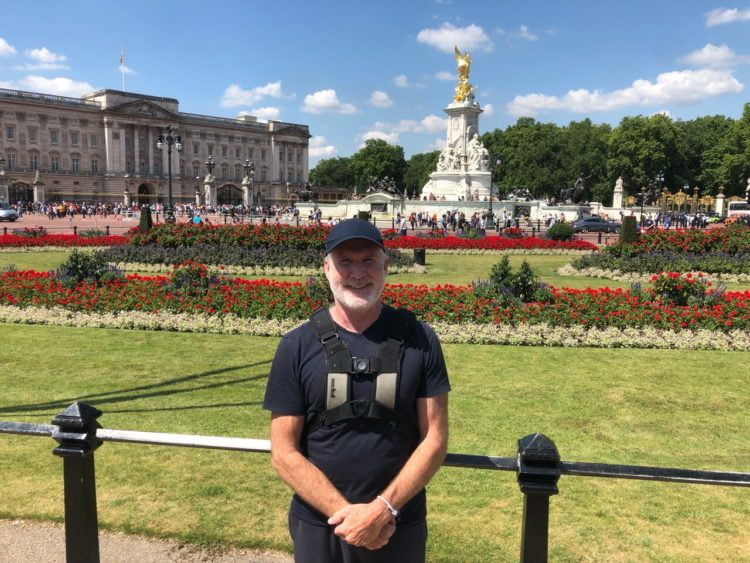 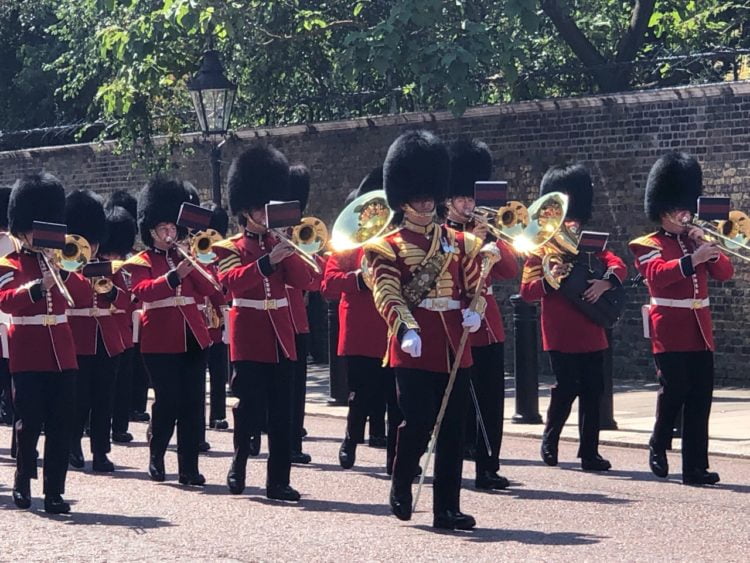 Changing of the Guard

Changing of the Horse Guard 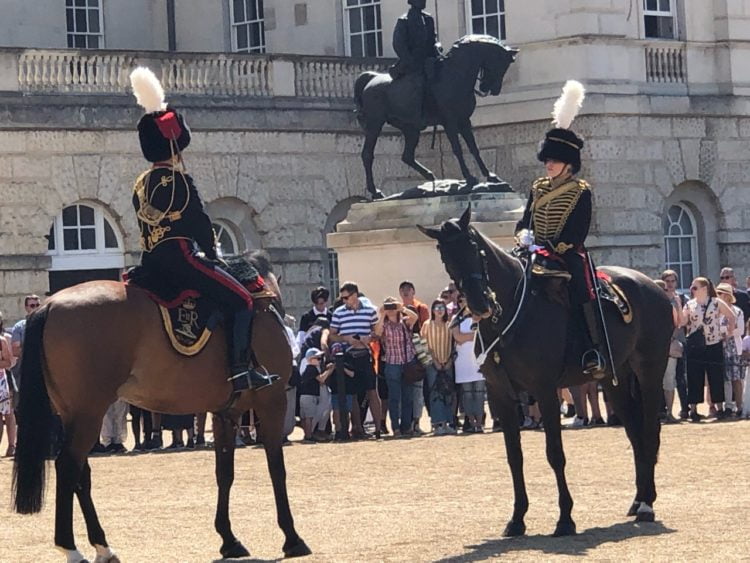 Assessing the Changing of the Horse Guard 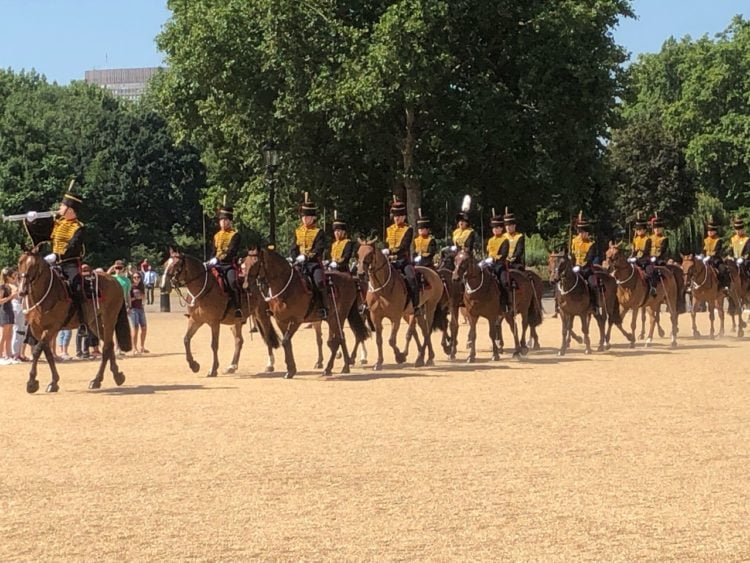 The Grounds Behind the Palace 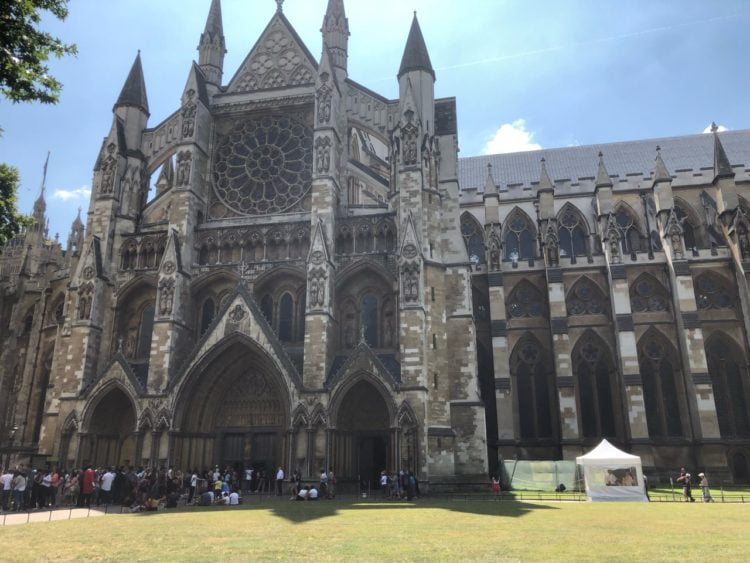 The Line for The Abby 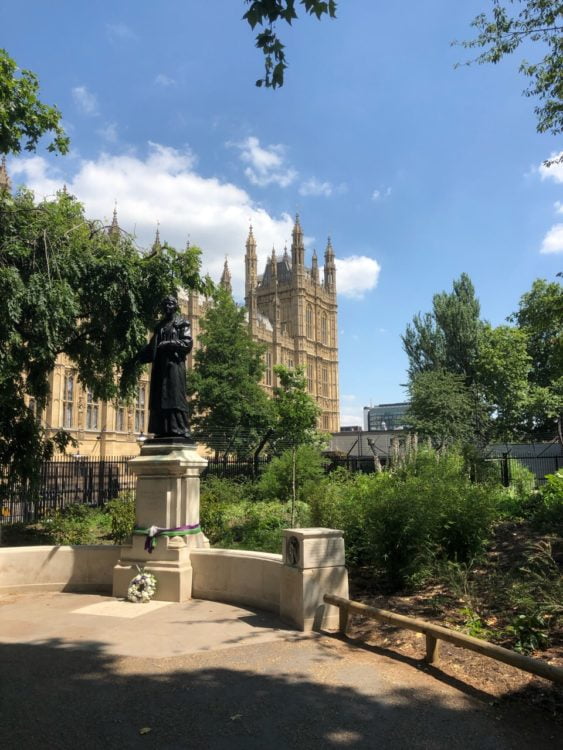 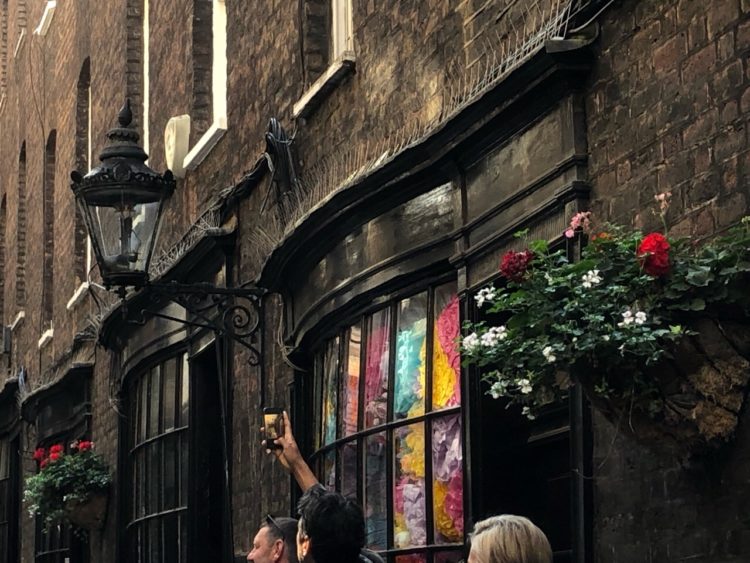 A Lamp With Some Significance to Harry Potter Fans 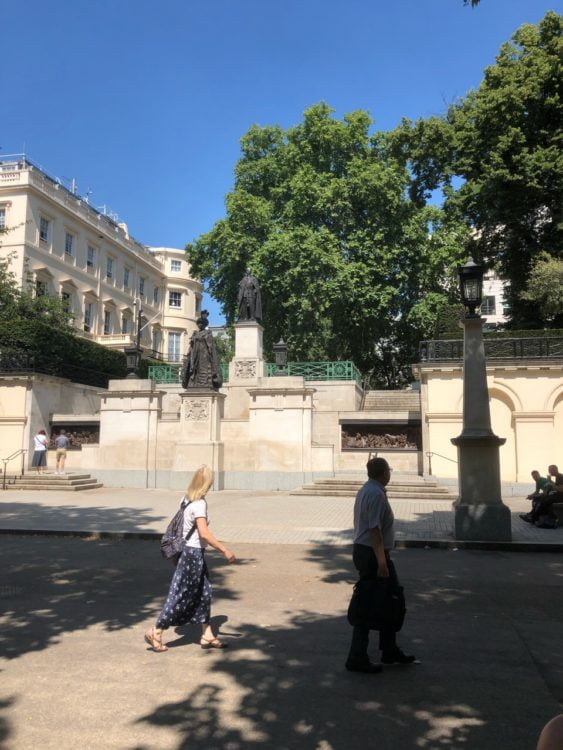 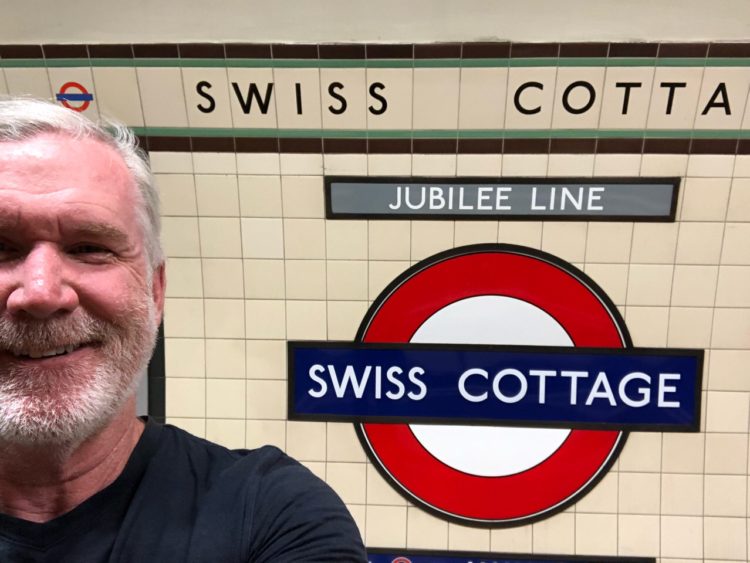 The Underground and its Iconic Symbol – Little Things 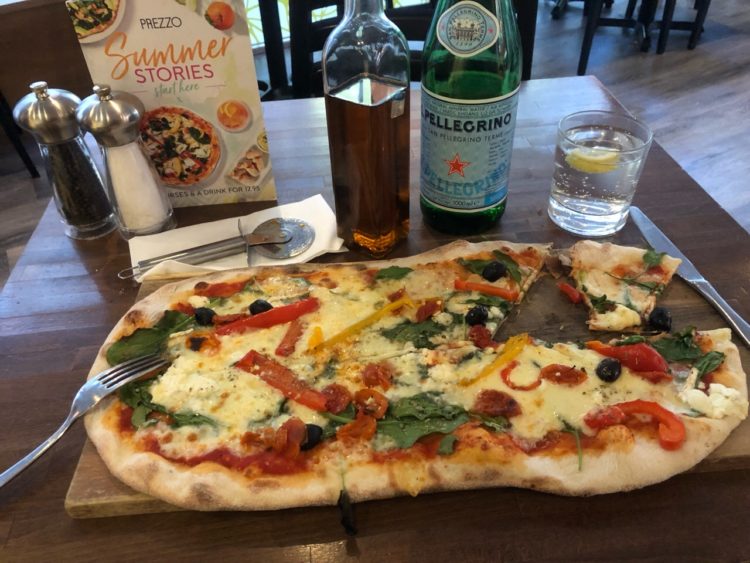