Well, initially we just did not want to go. Way too much money and from the looks of it, everyone traveling to Peru was in the Must-go-to-Machu-Picchu zombie mode. Dear heavens, it was the first question everyone asked us while in Peru. Have you been there already or going? And we said, most probably not.

And to top it, all our dear friends that have been to Machu Picchu told us to suck it up and stop bitching as they think it is worth seeing the ruins. The reason for our initial apprehension was that many times these absolute must-sees are incredible to see, but the sheer amount of people these days flocking to them turns the experience into a mind-numbing amount of pain, fighting people to see something, and in the process getting the wallet ripped apart. The social media craze like Instagram adds to the popularity. Every influencer wants to have a shot with the blonde girl walking towards the edge with a blanket over the shoulders softly blowing in the wind. And for the love of all that is holy, that is exactly what happens there. But more about that later.

While in South Africa for a quick visit with Elsebie’s mom we had some conference calls with our two Aussie crime partners on the MP issue. Are we going or not? Some of the discussions were about our time in Peru and we had seen already so many incredible places in the country, we doubt Machu Picchu could beat it. So if we do not see it, would we miss anything?

In the end, we decided to suck it up and go. There is only two option, you walk the railroad or take the train. The girls decided to check which option would be the best. Well, the cheapest option is hitting the rails from where you park a bike at the hydro-electrical station. A 10km leisurely walk along the rail takes you in to the mountains and up to the town. Monique our Aussie friend is not a born hiker and the trek over the rails was not for her, she protested, to all our silent relieves. It was also some-ones birthday and we were in a jovial mood seeing our friends again, so the decision was made to indulge in luxury a bit and enjoy the soothing sounds of coach wheels on rails.

Early morning out of Cusco we hit the train station with our picnic basket filled with blue boiled eggs, meatballs, flasks filled with Vodka and Rum and of course a backpack with the necessary. Soon we were on our way to the small town of Aguas Calientes. The town is nestled in the mountains with a river and a railroad that runs through it.

The train was newly renovated, adorned with wood paneling tastefully embellished with local artwork. Pretty hostesses pushed food and beverage carts up and down the aisle catering after the well-to-do, that’s us of course, making us think we are top-shelve people. The trip is just long enough to half a bottle of rum between 4 before disembarking in town in time for a late afternoon snack. 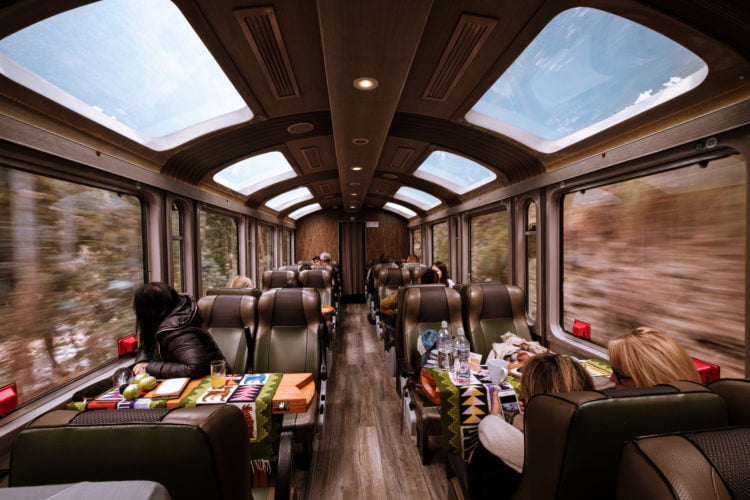 Aguas Calientes, also known as Machu Picchu Pueblo, is a bustling noisy place filled with party music. Small alleyways are packed with eateries, bars and craft shops selling anything and dead policemen. In the middle of town is the central Mercado Artesanal, a massive under roof craft market. A virtual island, its cut off from all roads and enclosed by stone cliffs, a towering cloud forest and two rushing rivers. Despite its gorgeous location, Aguas Calientes has the feel of a well-weathered worn-out gold fever town with a gypsy population. The town is not architectural pleasing to the eye and more a forest of rebar and unfinished cement. Half the village is build up against the mountainside with the narrow streets creeping up to the top of the town where the actual hot springs are that gave the town its name. Most of the town looks out over the Urubamba river in a deep gorge below the ruins.

One benefit of sleeping over is the chance to get to the site early or better yet on the last shift. They only allow 2000 people per day into the ruins and it is preferable to book ahead. You can book when in the town but if no space you pay more days at top dollar to stay in a shitty room. We booked the afternoon session on advice from fellow travelers. The reason being that most tour groups go in the morning and by the afternoon they leave to reach Cusco so then till closing time the site is not as busy. The bus trip to the site from the town is easy to book while in town. The alternative is to walk up but this takes time and is quite a hike at altitude. The steep path roughly follows Hiram Bingham’ route, who discovered MP in 1911. It offers extraordinary views of the Machu Picchu Historical Sanctuary, which looks almost as it did in Bingham’ days.

Lady luck was on our side and it started to rain while we were at the ruins, which in return emptied the site like a dam wall that broke. People were suddenly not so enthusiastic to see ruins anymore. For the next 5 hours we strolled around the site while it rained softly on and off with massive banks of low-hanging clouds drifting past. It made for stunning photos! Machu Picchu is a huge site and even with all the tourists around you do not feel crowded except of course for a few die-hard Instagrammers and Youtube floggers that felt nothing for other people and would hog a place to take one shitty cheesy photo after the other. The girls in their spandex, boobs tucked up, duck lips with watery eyes having their hair blown softly in the wind striking pose after pose. Eventually, we had to half rudely ask them to bugger off to allow others waiting to get a photo or at least enjoy the view. 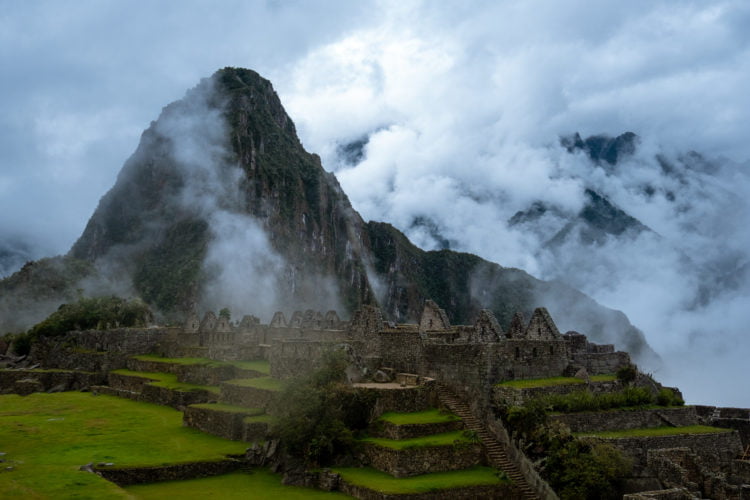 The entire place, landscape and views are bloody impressive, to say the least. Machu Picchu is an Incan citadel built in the 15th century and later abandoned, renowned for its sophisticated dry-stone walls, fused huge blocks without the use of mortar. Intriguing buildings that play on astronomical alignments and panoramic views. Its exact former use remains a mystery. It is a well-deserved world heritage site.

The building stones were cut so precisely, and wedged so closely together, that a credit card cannot be inserted between them, yes we tried. Aside from the obvious aesthetic benefits of this building style, there are engineering advantages. Peru is a seismically unstable country. We learned later Machu Picchu itself was constructed on top of two fault lines. One of the local caretaker told us with an earthquake the stones in an Inca building will “dance;” meaning, they bounce through the tremors and then settle back into place. If not for this ingenious building method, many of the buildings at Machu Picchu would have collapsed ages ago. 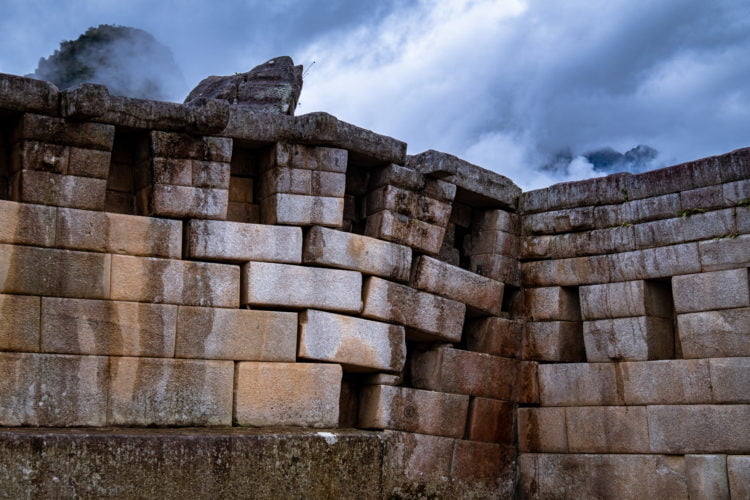 He also told us that the site’ location and the orientation of its most important buildings, was influenced by the location of the nearby holy mountains and sunset. There is an arrow-shaped stone at the peak of Huayna Picchu which appears to point due south and directly through the famous Intihuatana Stone, to Mount Salcantay, one of the most revered apus (sunset) in Inca cosmology. On some days on the Inca calendar, the sun can be seen to rise or set behind other significant peaks. 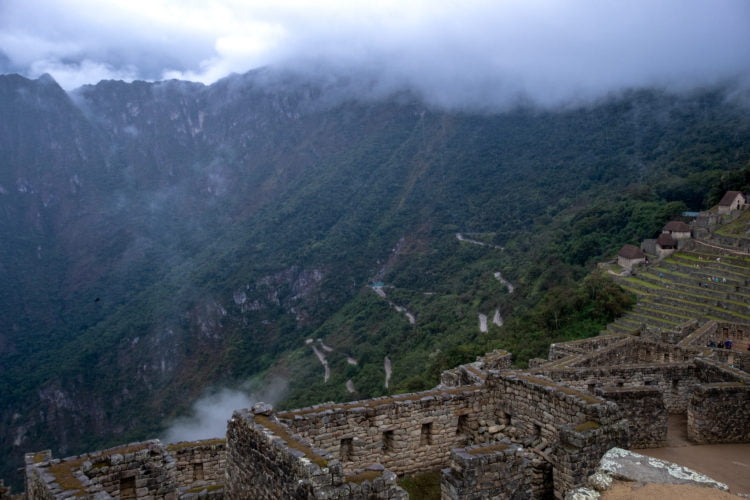 It is now argued that Machu Picchu is not actually the hidden city but Vilcabamba is. It is also said that the Inca built the impractical but stunning Inca Trail with its incredible views which was all part of a ceremonial purpose. It was a celestial journey the first Inca people took when they departed the Island of the Sun in Lake Titicaca, according to legend. At the end the massive hike up to the mountain was apparently part of preparing pilgrims for entry into Machu Picchu. 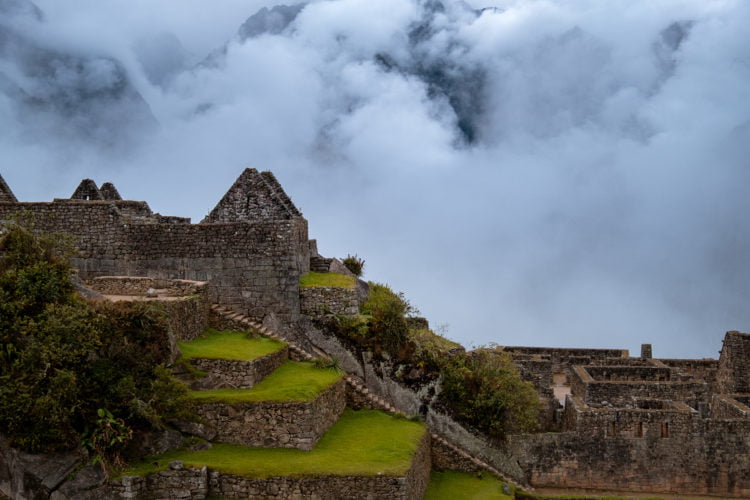 Late that evening, wet and hungry, we sat down to food in a restaurant that looked like it could be reasonably priced. And again, I got owned!! I never learn my lesson. To celebrate whoever’ birthday and the fact that we blew so much money a trip which normally we would never do, I ordered some Godfather cocktails. We drank, we ordered more, here is where Elsebie insists it was me, we almost got drunk and we paid the most expensive bar bill ever!

I did not follow my own rule when in a tourist trap. Ask the prices before ordering! They did not screw us, the place is just that bloody expensive. It nearly cost us a kidney each! 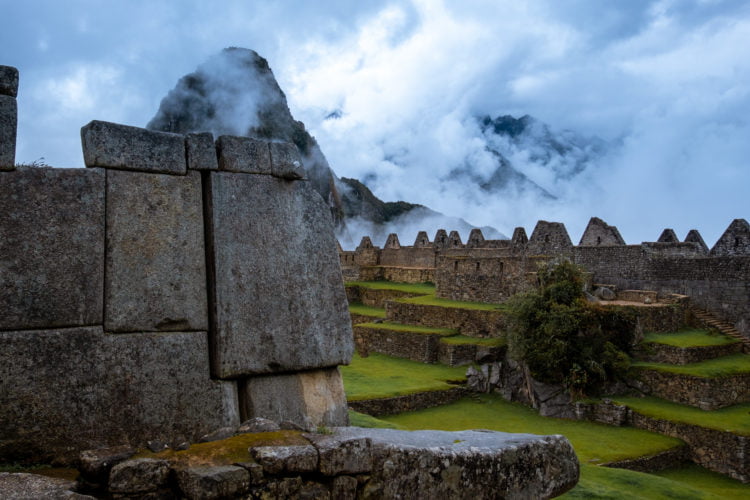 Well, is it worth going? With half-dead services that operate on one-time customers and with merchants pushing the hard sell, it is hard not to feel the tourist trap overwhelming the senses. It is borderline to not being the money’ worth, but, if you go, go without expectations. If however you can’t go, and you saw Huascaran National Park and rode some of the crazy passes and backroads in Peru you don’t have to worry. You’ve seen the best of Peru. There is way more to Peru than Machu Picchu. 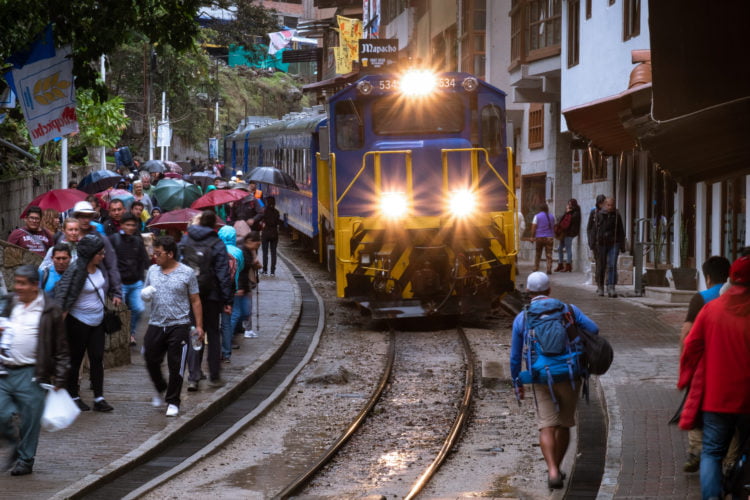 Actual ticket to enter: US$80 Train ticket return to Cusco: Normal between US$54 and US$92 depending on the train luxury you choose. The bus trip from the town to Machu Picchu gate: US$34. The cheapest hotel was US$40 per night room, it was a hostel-type room. 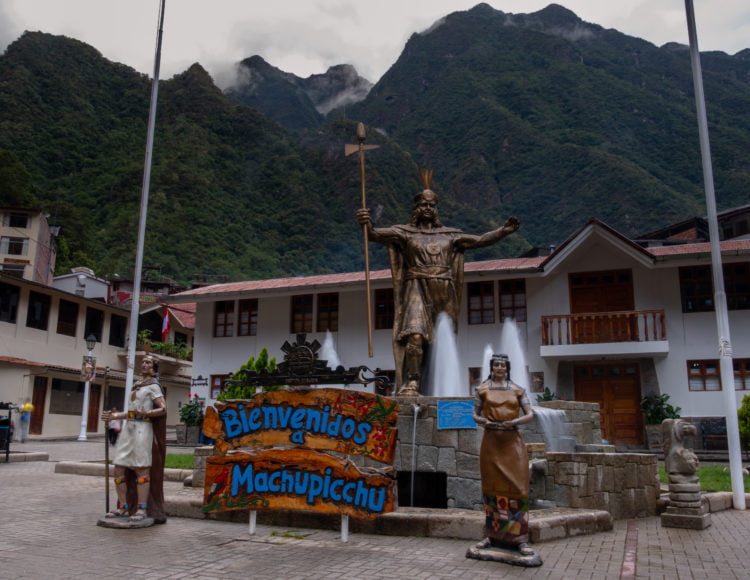 Michnus, GenX’er born and bred South African product. Known on ADVrider for his epic ride report Michnus & Elsebie Piki-Piki Around the World. Not known to follow or believe his own advice however he loves to share stories and inspiration with others. Michnus and his better half left South Africa 10 years ago on an initial 6 month planned trip up to Europe through Africa. Sold the family pets and mom, hit the road motorcycling on a semi-permanent basis to this day.