The issue of lane sharing or lane splitting sparks a lot of conversation in the USA. Many riders believe that lane sharing/splitting is a safer option for riding than sitting in stopped or heavy traffic. Some, however, are concerned about distracted drivers or other issues.  They would only use the practice under certain conditions or not at all.

ADVRider’s lane sharing poll found that 46% of riders would like to lane share if it were legal, while the remainder would only share under certain conditions or not at all (52%).

But what if your city or government created a dedicated lane for motorcycles only?  And, to keep other vehicles out of the motorcycle lane, the lane is bordered with “fencing.” 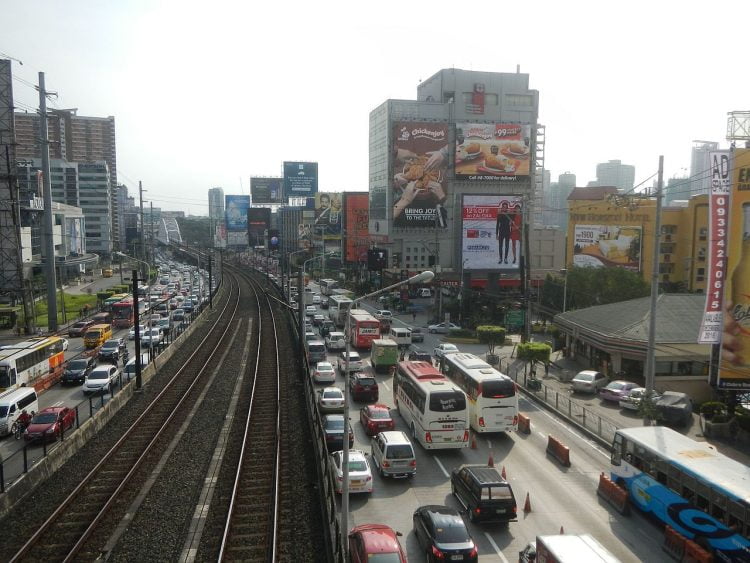 But could there be some disadvantages to the motorcycle only lane? If fencing borders the lane, entering and exiting it could only occur at designated points. So in some cases, you might have to ride past your intended destination or get out of the dedicated lane earlier than you would like.

Under Consideration in Manila

According to Motopinas, the above scenario is what is being discussed in Manila, Philippines, by the Metropolitan Manila Development Authority (MMDA). One of Manila’s major arteries, the Epifanio de Los Santos Avenue (EDSA), is the road currently under consideration.

One look at the traffic, and you can see why EDSA boss Edison Nebrija thinks the lane is a good idea. Nebrija told news reporters that the agency is pushing through with its plan of making an exclusive motorcycle lane along EDSA. Nebrija also said that the road plans are already in place. Once the funding and materials are made available, the agency will start the construction of the motorcycle only lanes.

If this type of lane was available where you live, would you use it? Do you think a dedicated lane for motorcycles is a good or bad idea? Let us know in the comments below.