ADVRider is a wonderful place for motorcyclists to discuss one of the sports we love.  Motorcycles and motorcycling.  If you’re reading the pages here, you’re probably a real enthusiast and want to keep riding as long as you live.

I have the same feeling, and I’ve been an ADVRider inmate since 2006.  Because I love bikes so much, I’d never purposefully do anything that would harm or reflect poorly on our sport.  But I guess some motorcyclists don’t feel the same way or don’t know any better. 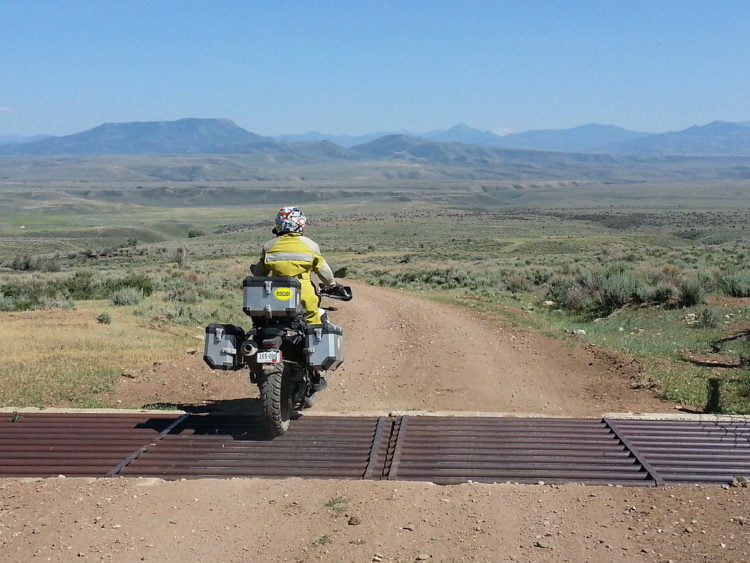 The dirt and gravel roads of western Wyoming are amazing.

Motorcyclists the source of bad news

I recently read an article in a Wyoming newspaper called the Cowboy State Daily.  And it has my hackles up.  Not with the paper, but with the motorcyclists in the story.  It makes me wonder whether we are our own worst enemies.

The article talks about some dirt riding motorcyclists causing significant damage in Grand Teton National Park.  Apparently, the riders decided to have an impromptu (or planned) “motocross” event on the national park’s grasslands.  According to the paper, the group built a track on National Park property about 1,000 feet long ranging in width from about 2 to 10 feet.

These agencies are attempting to restore the land to its original sagebrush steppe habitat.  It’s an area that’s an essential habitat for elk, bison, pronghorn, moose, deer, sage grouse and a variety of other wildlife.  Bravo. 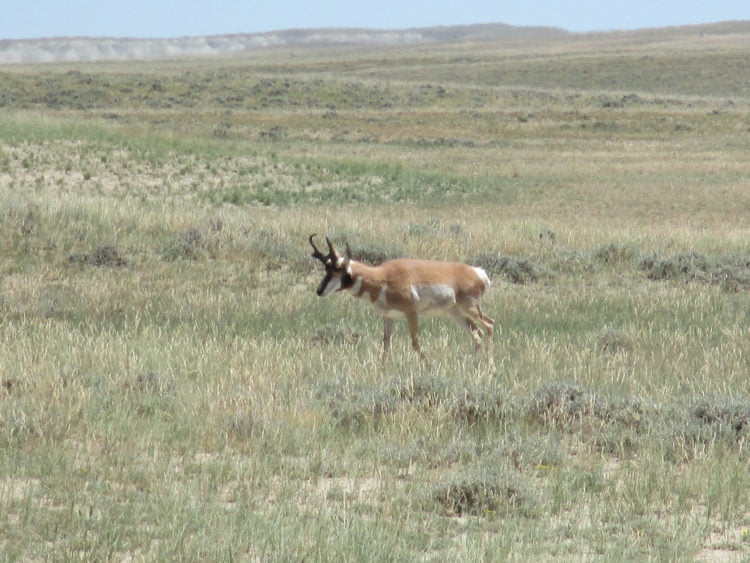 You’ll see lots of these guys on the steppes for Wyoming.

The project’s work includes the removal of non-native grasses and the replanting of 37 species of native plants.  In fact, much of the area had been reseeded last year.  And, much of that work has been damaged or destroyed by some fellow motorcyclists.

One of my favorite riding experiences happened on just this kind of land.  If you’ve ever ridden some of Wyoming’s dirt/gravel roads (particularly western Wyoming), you’re bound to come upon the wildlife mentioned above.  Seeing pronghorn foraging and running across the steppe is a fantastic experience.

So why would a group of motorcyclists create a motocross track on National Park land knowing the impact of their actions?  I wonder.

It’s not only the immediate damage to the land that is of concern.  If you watch the featured video, you can see that there are adults with kids on dirt bikes.  What kind of lesson are these adults teaching their children?  Is it OK to just make a motocross track on someone else’s land?  That’s discouraging and terrible.

You have to wonder why an adult would even think about doing what these motorcyclists did.  I did.  And I hope that it was “just” a case of the adults not knowing that the land was National Park Service property and in the midst of a 10-year long restoration.

But is that really an excuse?  I don’t think so.  If you don’t know whose land you are on, should you unilaterally decide to build a motocross track on it?  Certainly not.  But it seems that a significant number of adults thought it was OK.

According to the article, a group of about 50 people was in the area attending the “event.”  Could it be that not one of them thought about the impact of their actions?  Many people would find that hard to believe, and frankly, I’m one of those people.

Whatever the reasoning of the event’s participants, they must now know about the damage they caused.  The paper asks anyone with information about the event to contact the National Park Service’s Investigative Services.  Clearly, they are quite upset and want the offenders punished.

From my point of view, those that caused the damage can help right their wrong.  The group should come forward and offer to restore the land to its planned condition.  While what they did is illegal and could subject them to fines, the potential monetary loss would be far less of an issue.

Those adults, either erroneously or purposely, taught their children that they could do whatever they want without facing the consequences.  If the adults come forward, it would not only teach them a lesson; it might, more importantly, teach their children a lesson.

If we want to keep the sport we love, we have to ensure that those who will inherit our love for the sport (our children) do nothing to harm it.  If those adults come forward and fix the land with their children, they will have both learned a valuable lesson and helped preserve the sport we love.

I might even suggest that if the group comes forward, the National Park Service would not file charges or impose fines.  But if they don’t come forward, they should get what they deserve and face fines and/or prosecution.

What do you think of this group’s actions?  What if anything should be done about it?  Let us know in the comments below.

Baldy
Would I REALLY buy the Harley-Davidson Pan America?