Memorial Day is once again upon us in the US and its time for us to reflect on those who gave their lives to protect our freedoms.  Last year, I wrote an article about how visiting the D-Day landing beaches and American Cemetary in France affected me.  The enormity of it all made me cry.  Frankly, it affects me to this day and will for the remainder of my life.

All those people giving their lives so that we can live and enjoy our freedoms.  It just staggers my mind.  So I went back to my thread in the forum where I talked about how the visited affected me and it made me realize I had forgotten to remember all of the people who sacrificed themselves for us.

No uniform but no less a sacrifice

Uniforms and memorials help us remember those who gave their all.  But did I fail to include others who are due our thanks and remembrance?  Yes, I did, and I intend to fix that oversight with this article.

So who are the people I forgot about?  They are people that history has largely forgotten because of their small numbers.  But they gave no less than those more easily remembered.  Take, for example, Violette Reine Elizabeth Bushell Szabo. 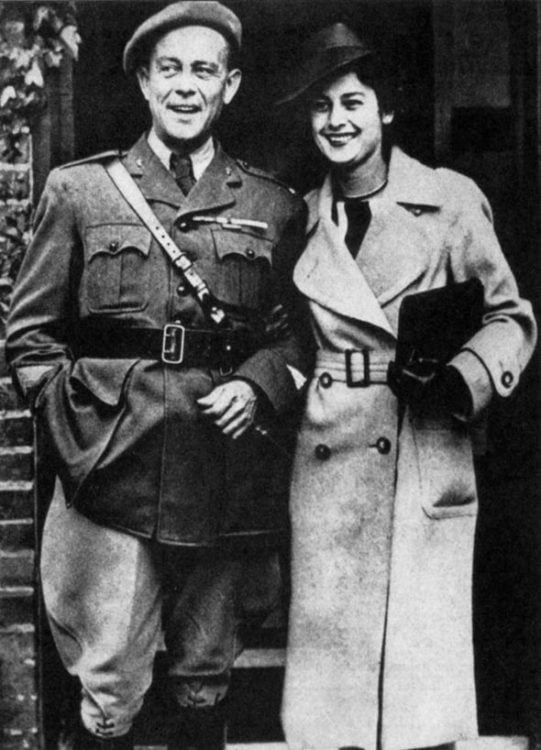 Violette and her husband Etienne. Etienne was killed at the battle of El Alamein in North Africa. It was after his death that Violette started her missions in France.

Violette was the daughter of a French mother and British father.  At age 19, she met French Foreign Legion soldier Sargent Major Etienne Szabo.  After a whirlwind courtship, the two were married.  Soon, her husband was called to fight in North Africa and they did not see each other for over a year.

The couple was briefly united in the summer of 1941 but Etienne had to return to duty.  Fighting in North Africa, Etienne was killed at the Battle of El Alamein.

In late 1942, the British Special Operations Executive (SOE) whose mission was to promote sabotage and subversion behind enemy lines, became aware of the recently widowed Violette.  They recruited her and in 1943, she made the decision to join.

Her mission went smoothly and four weeks later, she was returned to Britain.  Soon, Violette was given a second mission.  Once again she parachuted into France.  But on June 10, she was in a car with two Resistance men near Salon-la-Tour when they hit a roadblock.  After a shoot out, Szabo was wounded.

She was later captured by a German patrol and taken to Ravensbruck concentration camp.  There she was interrogated, tortured, and executed.

There’s also the story of Hans and Sophie Scholl.  They led a non-violent, intellectual resistance group in Germany called the White Rose.  During World War II, they conducted an anonymous leaflet and graffiti campaign that called for active opposition of the Nazi regime.  But on February 18, 1943, they were captured by the Gestapo and subjected to “show trials”. 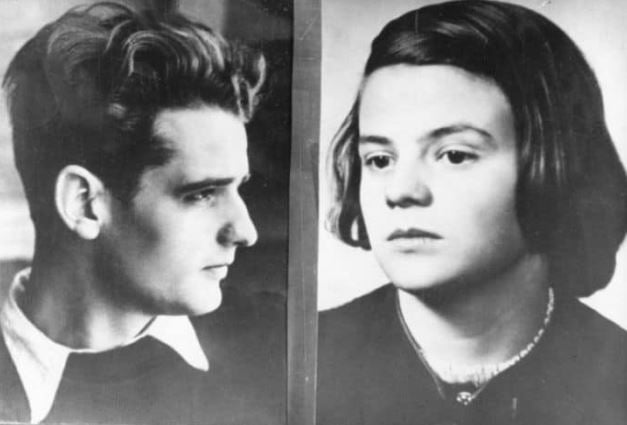 Pictures of Hans and Sophie Scholl. Just prior to being executed by guillotine, Sophie Scholl said, “Such a fine, sunny day, and I have to go. But what does my death matter, if through us thousands of people are awakened and stirred to action?”

During the trial, the defendants were not given the opportunity to speak.  But to make herself known, Sophie interrupted the judge multiple times.

At the conclusion of the trials, both Hans and Sophie, as well as other White Rose members were “found” guilty and sentenced to death or imprisonment.  Hans and Sophie received a  death sentence and were executed by the guillotine four days after the trial.

There are many others who should not be forgotten

There are many more that history has largely forgotten.  People who wanted no more than to ensure that others were free.  They knew the risks and still, they gave their lives in that cause.

While these people may not have worn a uniform, they gave no less than those that did.  And, because of their sacrifices, we enjoy the liberty and freedoms we have today.  They too deserve the thanks and recognition that Memorial Day brings.  For these reasons, they deserve to be honored.  So please take a moment to remember and thank all who gave their lives for freedom.

And for those that celebrate Memorial Day at a different time all over the world, when the day arrives, please take a few moments to thank and remember all those who gave their lives for us.

Kim and I wish you and your families a safe, happy, and healthy Memorial Day.  We’ll be thinking of those who gave all and we hope you will as well.