Want a small-capacity sportbike that should have decent reliability and a low price? If you’re in the market outside North America, the CFMoto 300SR might interest you. Or, it might not.

If you want evidence of just how far the Chinese motorcycle industry has come in the past 10 years, CFMoto is the perfect example. Ten years ago, the well-knowns were companies like Lifan or Q-Link, selling made-in-China copies or adaptations of trusty Japanese designs. Was it legal? Who knew, and at the prices at the time, many people didn’t care. 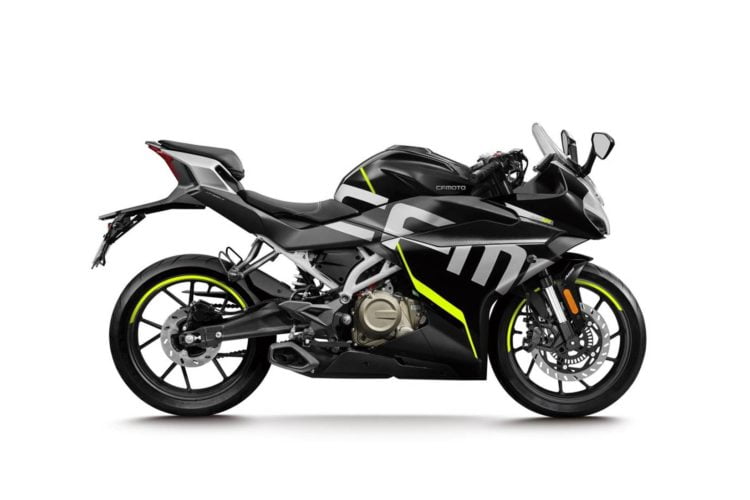 Some of those bikes worked out for their owners, some didn’t—many served as a gateway drug to other, better bikes. But CFMoto’s introduction into the market was a little different, as it had tie-ins with established companies when the other China bikes didn’t. About eight years ago, its Kawasaki-derived machines started popping up, offering what seemed like a lot of bike for very reasonable money, as long as parts were available and reliability was OK. But pricing wasn’t low enough to lure away buyers from Japanese machines, and now CFMoto doesn’t sell street-legal bikes in North America. 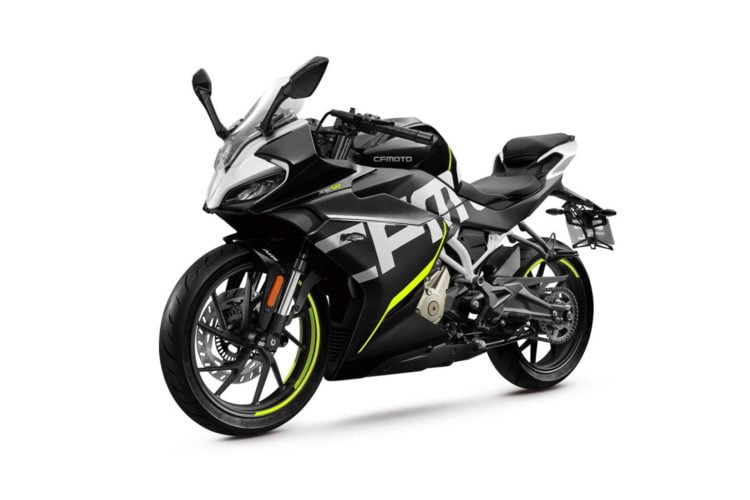 Definitely some budget components there, but what bike doesn’t have them, in this price bracket? Photo: CFMoto

Definitely not the weedy old air-cooled 200 cc singles that powered the China bikes of only a decade back! But is the built quality better? Hard to say, as we haven’t seen these new bikes in western markets yet, so reliability will be the big question, and pricing. But in coming years, as production continues to move to Asia, it’s hard to see these bikes will carry the made-in-China stigma they used to: After all, just about everyone else is going to be building a bike there, or in a neighbouring country, soon enough.