The bikes are part of the Met’s Operation Venice “Scorpion” officers.  To be part of the squad, each officer must take and pass specifically designed motorcycle training.  Once the training is complete, the officer is eligible to become part of the Met’s task force to prevent and stop moto related crimes. 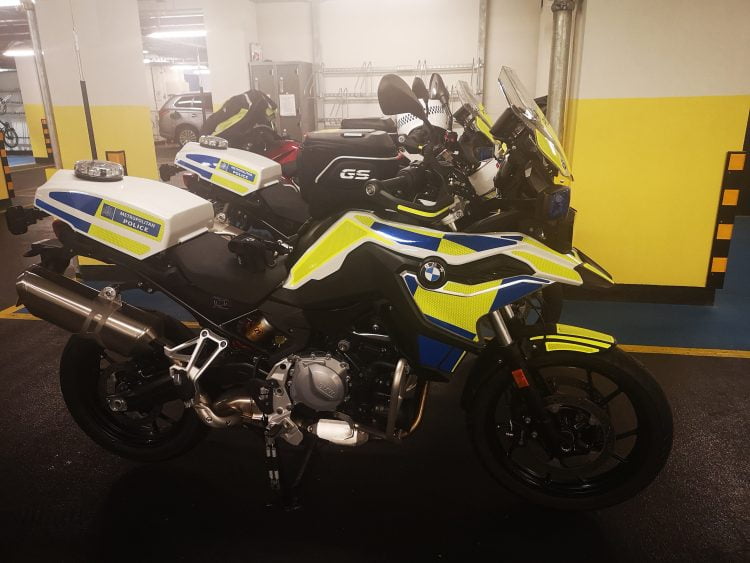 Some of the Met’s new BMW F750GS dedicated to Operation Venice’s Scorpion officers.

According to the Met, the new bikes are able to navigate London’s narrowest and most difficult roads.  The bikes’ relative smaller size and weight provide the police with better agility and tactical advantage to officers chasing criminals through London’s busy streets.  The motorcycle’s modifications focus on keeping the motorcycle narrow so that they can be operated in areas where larger motorcycles can’t.

“Although my officers have, and continue, to reduce moped-enabled crime, we are not complacent and know that offenders still believe that they can evade capture when they are on their mopeds.

“These new vehicles will allow our specialist drivers to pursue offenders. Their lightweight design has been specially tailored to help us reduce moped enabled crime even further.”

On their face, the team’s efforts seem to be paying off.  From December 2017 to November 2018 there were 15,168 mopeds, motorcycles, and scooters used in crimes.  In the same period the following year, the number fell drastically to 8,721.  This represents a very substantial decrease of 42%. 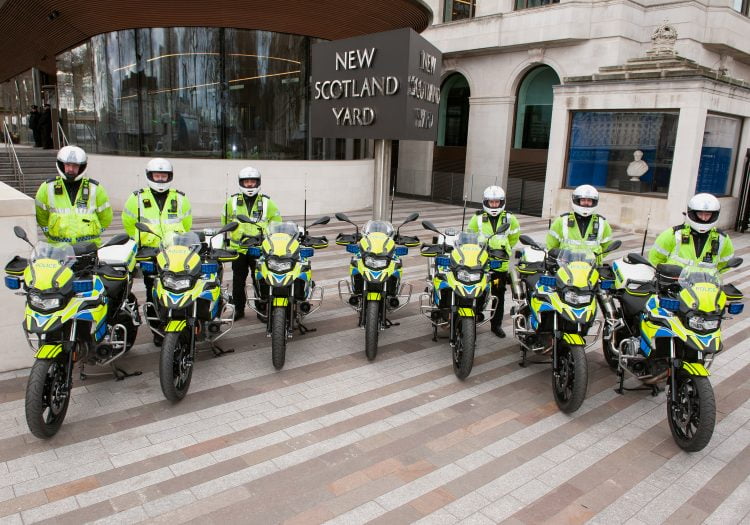 The Met’s new BMW F750GSs and Scorpion officers line up in front of New Scotland Yard.

But Chief Inspector Corbett says his team still has work to do:

“Whilst we’re pleased to see the number of stolen vehicles and crimes committed reduce, we are not complacent and call on the public to help us reduce moped-enabled crime even further by informing the police of any suspicious activity and adding additional measures to your bike.

“The new bikes and the help of the public will be instrumental in stopping this type of crime.”

Hopefully, the Met can push the number of bike-related crimes even lower.