I rode to Northern Poland today. It was a long ride due mainly due to my ignorance of historical geography. Let me explain. I pick the day’s destination by distance and price. For this day I picked Kaliningrad. As I told my Russian dinner partners, “yes, Kaliningrad in northern Poland”, eyebrows raised, “you mean Russia”, and so it went. How was I to know Russia had an additional piece of the Baltic coast? In any event, through haphazard planning, I booked in Mylnary Poland – which is tucked north and west of Kaliningrad.

I have a multi-entry Russian visa but my papers are not 100% so while as the crow flies my path was clear I’m done talking my way past Russian and EU customs. The resulting circuitous route was over 600km and close to 9 hours of driving time. I was away at roughly 9 am (I truly hope I go back and give Peter and his family proper ink if I don’t shame on me and trust me your loss – genuinely good people).

The first few hundred kilometers were secondary roads, warm temperatures, and easy riding. The last few hundred kilometers were surreal. It began with sun showers. Pleasant because the heat combined with distance to that point had tired me – not good on two-lane blacktop. Tall independent cumulus mixed with clear sky and prairies geography meant you could scan the horizon and see the showers miles away. When the rain came to me the drops were dime-sized and cool. Right through the mesh armor, it felt great on my skin. This lasted perhaps 50 kilometers and then I was on the other side of the local weather system. I was rolling with clear blue skies, and clean, cool pavement.

Then came riding that put a smile on my face. These were roads winding northwest and serve one purpose: channeling drivers from the east who are headed toward Gdansk and want to avoid crossing into Russia. These roads had tall grass shoulders with beautiful but deadly trees interrupting the shoulder. Sign-marked curves were banked reasonably well. The roads are old so the KLR moved well through the dips, potholes, and ruts. This ride was technical. It was amazing. Part downhill skiing – track the fall line. Part sailing – tack upwind – roll from left curve to right curve seamlessly and use the waves in the pavement to your advantage. 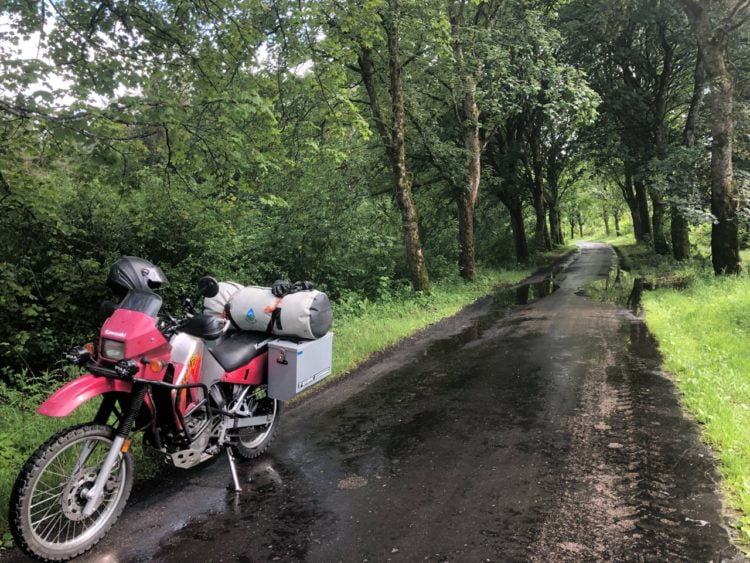 The KLR – The Tractor of Motorcycles 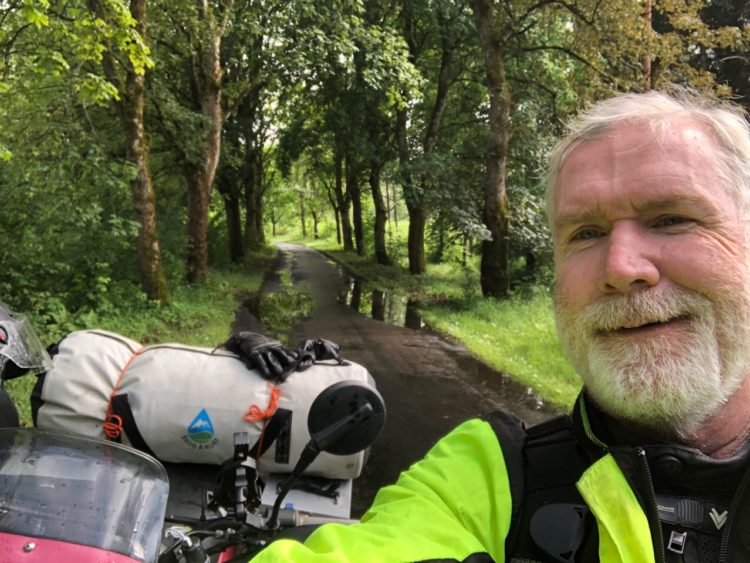 Imperceptibly the surrounding landscape changed from urban farmland to remote wooded tracts. The road was now frequently enclosed in an arched canopy of tree limbs. Additionally, where the canopy did open, I could see, just as earlier the sun showers gave way to clear skies, the blue ahead, while stunning, was too deep in color for “white nights” at 59 degrees north latitude and 5:00 in the afternoon. These were not sun shower cumulus. This deep navy wall of color was a storm born offshore of the Baltic Sea. These clouds held power.

Subtle, persistent voices argued me to the shoulder. Get the heavy weather gear on now. Decades of sailing have taught harsh lessons on the consequences of waiting too long to prepare.

I got the full-body rain suit on in time for the winds which came first. Reasonably strong. Enough to toss dead tree limbs to the ground. Then the rain. This was greasy, relentless rain, not refreshing, but cold. The task was now to simply stay upright moving forward.

Eventually, the storm gave way to lighter skies and I arrived at a lovely event location tucked up next to the Baltic in the shadow of Kaliningrad. 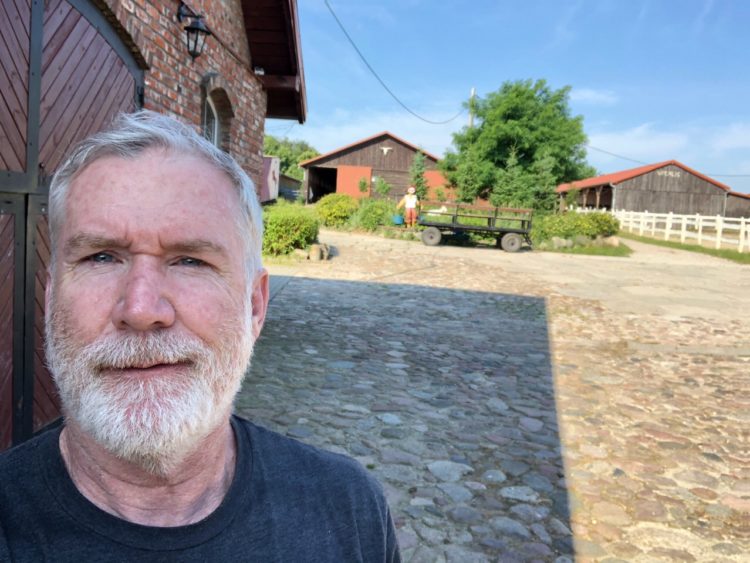 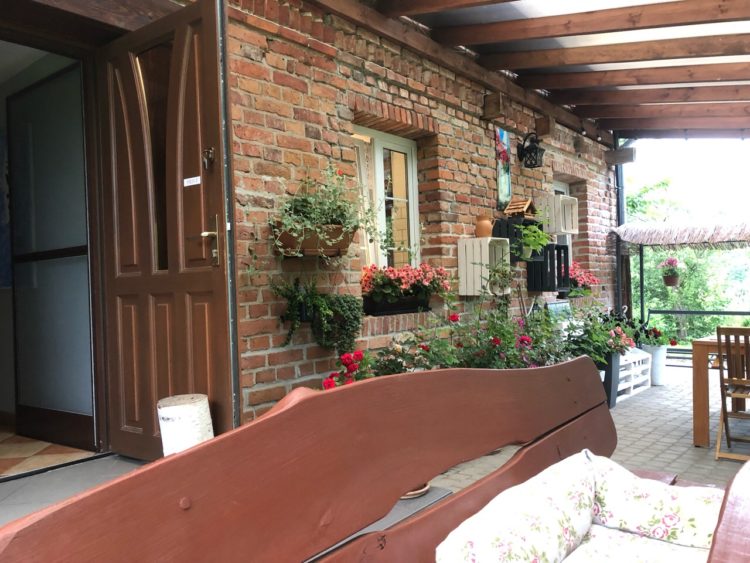 This Place Literally was at the End of the Rainbow 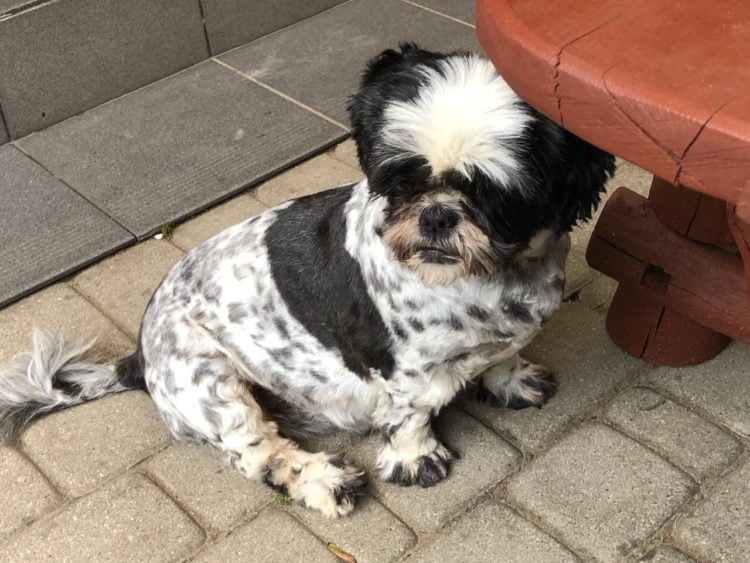 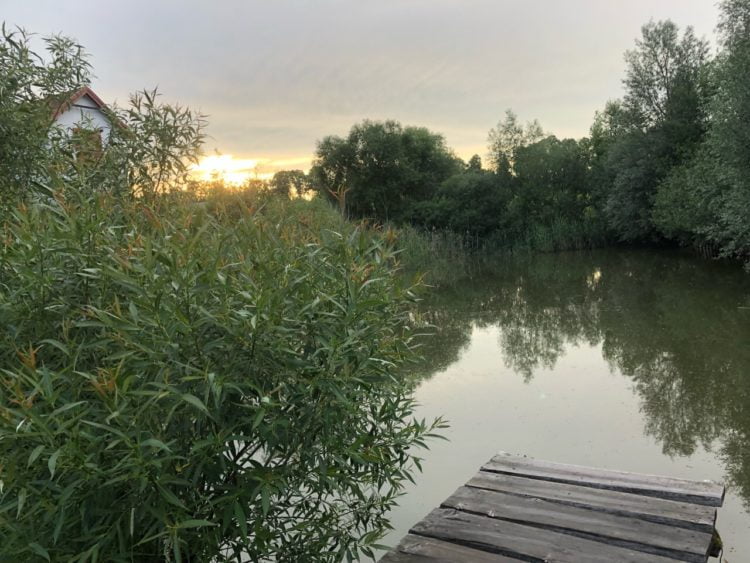 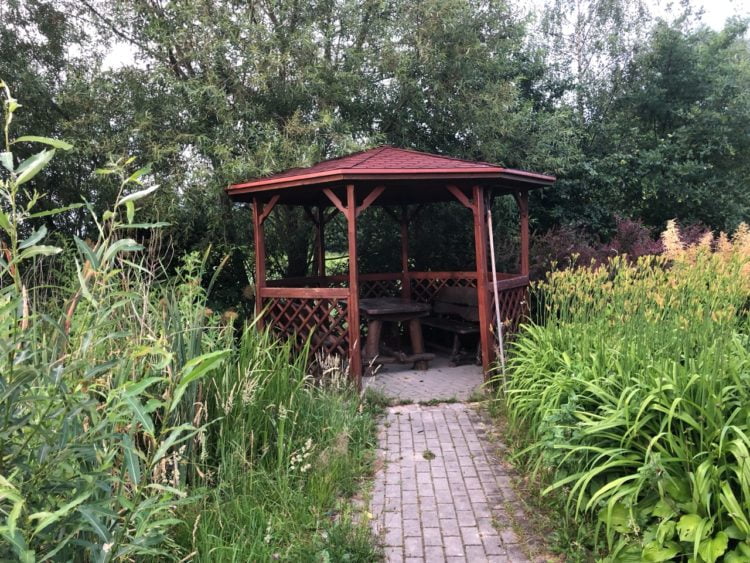 I suspect they Cater Weddings here 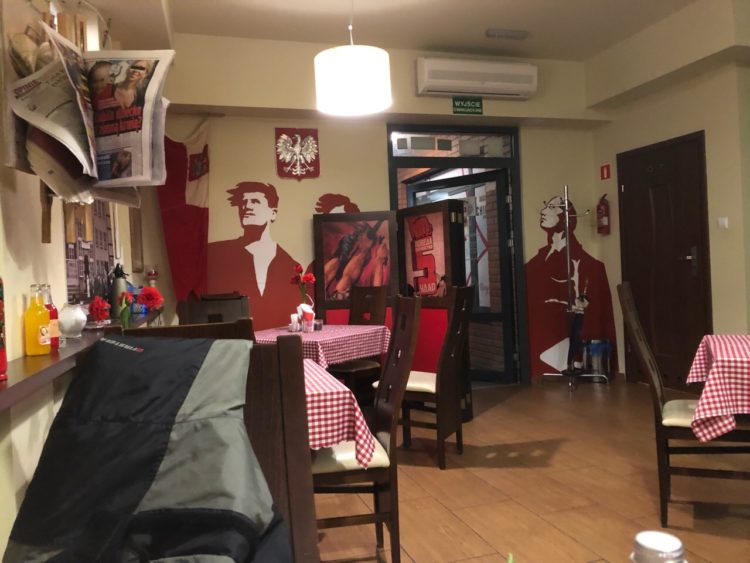 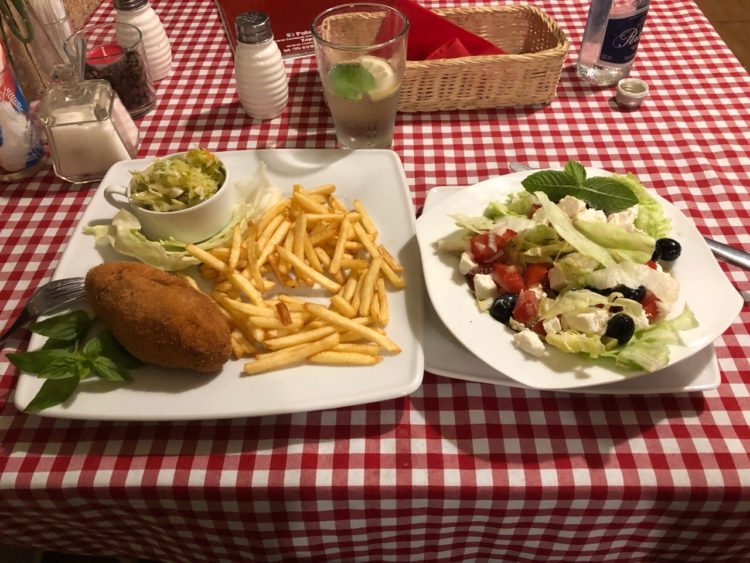