In this day and age, guided motorcycle tours are as plentiful and as varied as any other organized travel tours. The large global motorcycle tours companies like Edelweiss and Eagle Rider offer everything and anything from day tours to several months’ expeditions around the globe; on the other hand, you can ride monkey bikes in Morocco, go on a tour with Charley Boorman, or pick a fly-and-ride self-guided tour just about anywhere in the world. You’ve got women-only tours, large capacity bike tours, enduro tours, training tours… there’s something for everyone out there.

Having been on two guided tours myself – a West 38 Moto off-road training tour in the US and Enduro Escape hard enduro training tour in Romania – I’ve always wondered what it would be like to guide a tour myself. However, it’s one thing to think about it, and quite another to actually do it yourself.

So, what’s it like to be a motorcycle tour guide – and is it worth it? 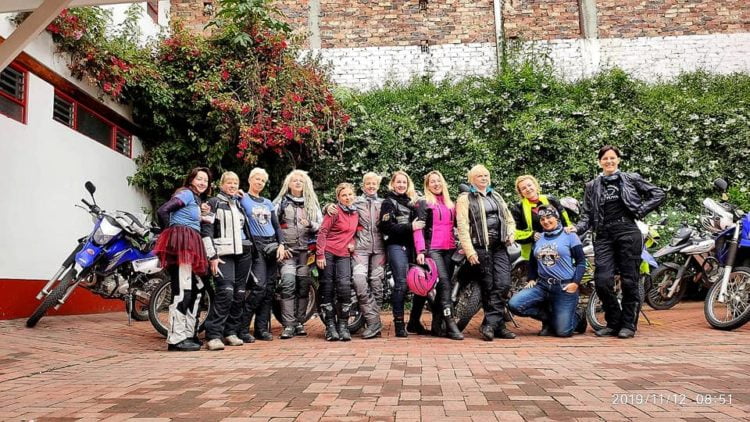 Having had the privilege of meeting, riding, and hanging out with Court Rand, co-owner of Freedom, and Aleksandra Trzaskowska, founder of Motobirds, I knew both of these companies were solid and that I – as well as the tour participants – would be in good hands. At the same time, I’m merely a rider and a motorcycle hobo who’s been to a few places; I’m not a professional motorcycle tour guide.

So why did I say yes?

Mostly, because I was curious. At this point, I know South America quite well, so I knew I could offer people some cool insights into the Ecuadorian and Colombian cultures, as well as take them off the beaten path. While the Ecuador tour had a pre-designed route, I helped create the tour itinerary for the Colombia tour hoping to take people through some of my own favorite places there. 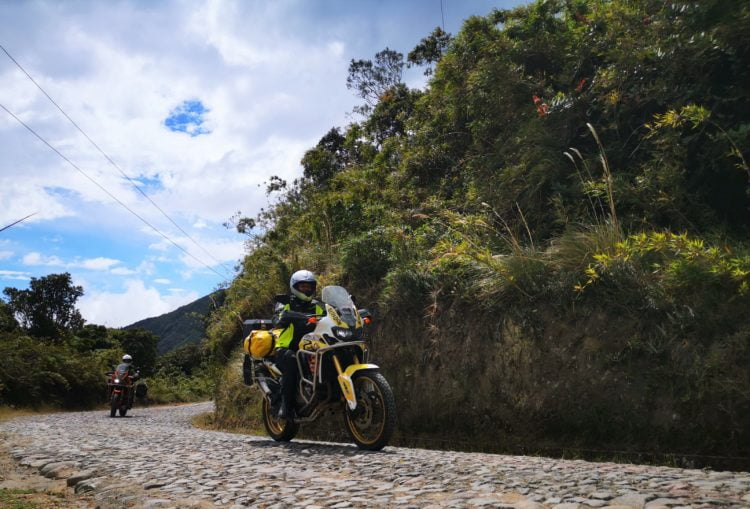 Guided or not, motorcycle tours are all about discovery and adventure. Image: South America Freedom

The fact that both tours were women-only felt nothing short of inspiring: taking a bunch of female riders on motorcycle tours in South America sounded like my kind of thing. And finally, I was hoping to learn something new and hopefully, simply inspire people to travel more regardless of their skills or experience. Not everyone has the time or the energy to research and plan their two-wheeled adventures in exotic faraway countries, and that’s why organized motorcycle tours are the next best thing.

What sort of people go on organized motorcycle tours in South America?

I had no idea. Busy people? People who are curious and long for adventure but can’t dedicate weeks and months to planning, shipping their bikes or finding decent local rentals, and designing their own routes? People who prefer riding in the company of others? 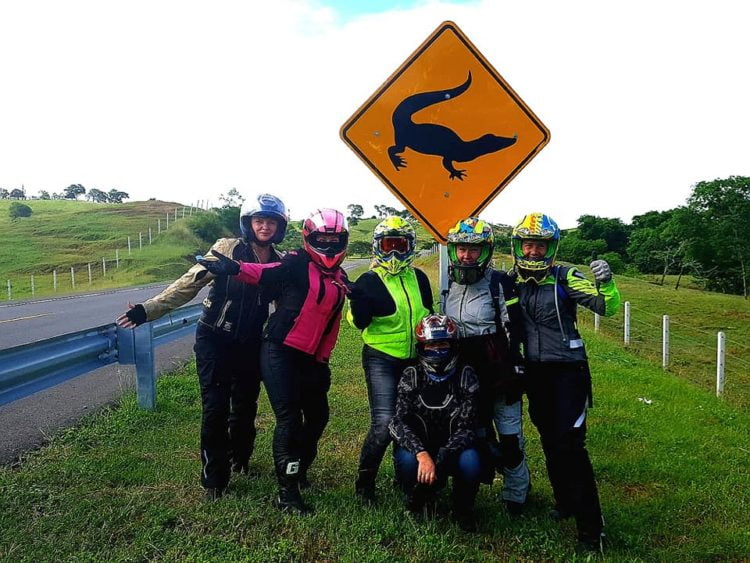 Pretty much. But also, it’s people who are brilliant, courageous, adventurous, resilient, and kind. During the tour in Ecuador, we found ourselves caught up in an unusual situation as the country went on a nationwide strike and we had to navigate roadblocks, protests, and barricades; yet, the women on the tour remained calm, supported each other, and never lost their sense of humor despite a few stressful and unexpected situations. In Colombia, we tackled off-road trails, water crossings, harsh Andean weather, and flat tires. Equally, all our riders turned out to be a great team helping each other out and meeting each challenge head-on. 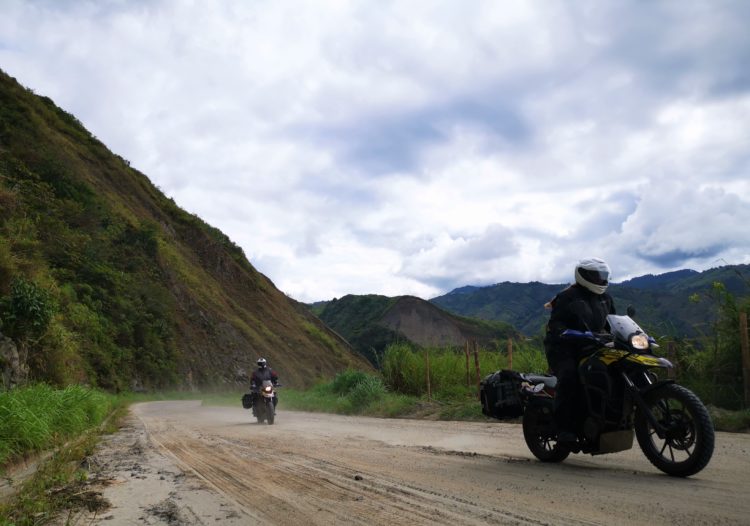 Jeff Cremer, a photographer turned motorcycle tour guide in Colombia, once told me guiding tours is never boring because boring people don’t go riding motorcycles in South America. “The people who go on these types of tours are usually smart, adventurous individuals who enjoy getting out of their comfort zone and seeing some amazing, once-in-a-lifetime things. The thing that I like most about the tours, besides seeing some incredible things, is being able to become friends with and talk to really interesting people. I’ve met people from Canada’s top neurosurgeon to a former translator for the president of Ethiopia. To be honest, I’ve never really had the experience of babysitting a bunch of “sheeple” on any of my tours”, Jeff said to me. I now know exactly what he means: I’ve met some seriously badass women riders on both Ecuador and Colombia tours and made some amazing friends. 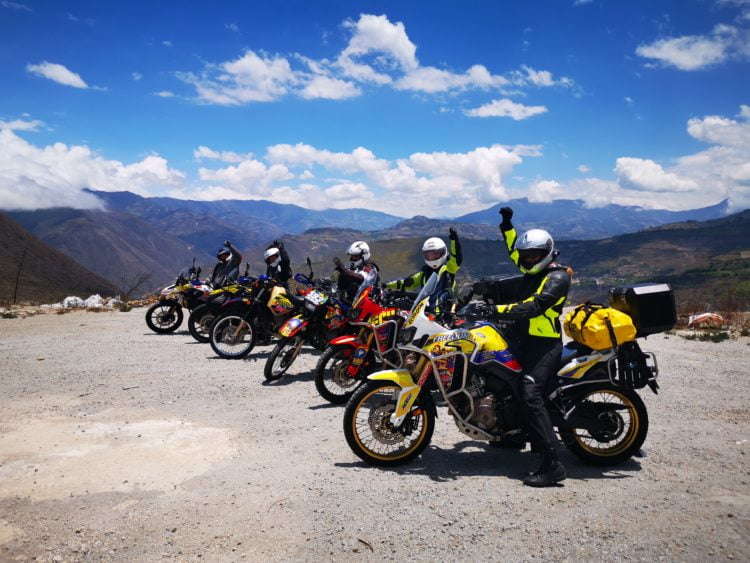 Whether on or off the road, the riding part of a guided motorcycle tour is nothing short of awesome. Because you want to share the best parts of the country or region with the tour participants, the roads and dirt trails are spectacular everywhere you go. It’s not an easy task to manage a group of people on motorcycles, but after a day or two, the group falls into a certain rhythm, and while you need to be alert and aware at all times, constantly check your mirrors and your GPS unit, and communicate with your co-guides or support truck drivers, the riding is still out of this world. 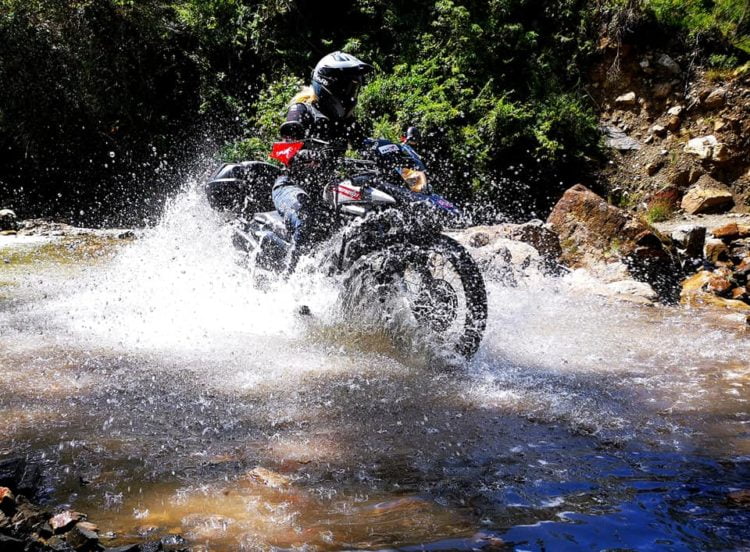 During the tour in Ecuador with South America Freedom, I had the pleasure of traveling with Hanna Klein, one of Freedom’s experienced Ecuador culture connoisseurs and support truck drivers. With a Master’s degree in sociology and years of living in Ecuador and speaking fluent Spanish, Hanna was an invaluable asset during the tour. More than that, her bubbly personality, endless optimism, and quick thinking saved the day more than once as we had to change routes, detour, and negotiate unexpected situations during the tour. What was also impressive during the Ecuador tour was the amount of support from the company headquarters in Quito: whenever we needed mechanical assistance, route information, hotel changes, or any other support, owners Court and Sylvain were always there to help. We were never left out on our own, and knowing that they had our backs was a massive bonus. 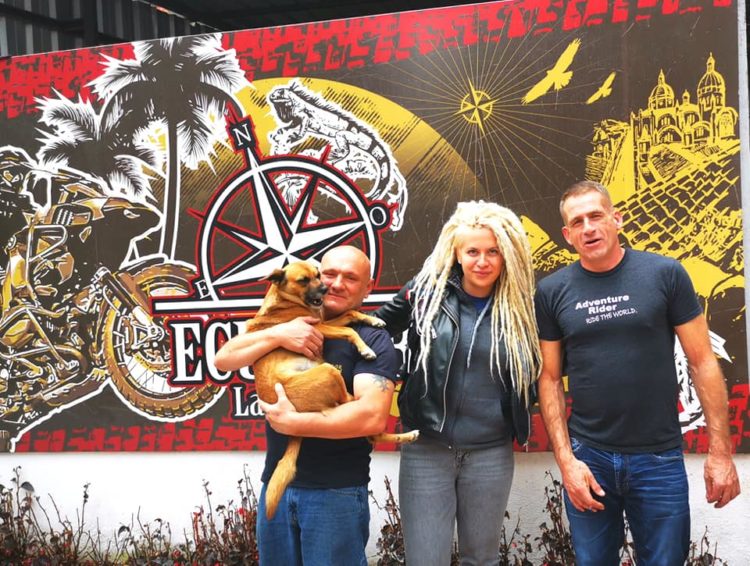 During the Colombia tour, I had the pleasure of guiding the trip with Aleksandra, owner of Motobirds, herself as well as our support truck driver and mechanic Andy. Having three people on the tour made life much easier as we had a larger group, and Aleksandra’s laid-back but professional attitude, combined with Andy’s high spirits, was a huge factor in making sure everyone was having an amazing time. 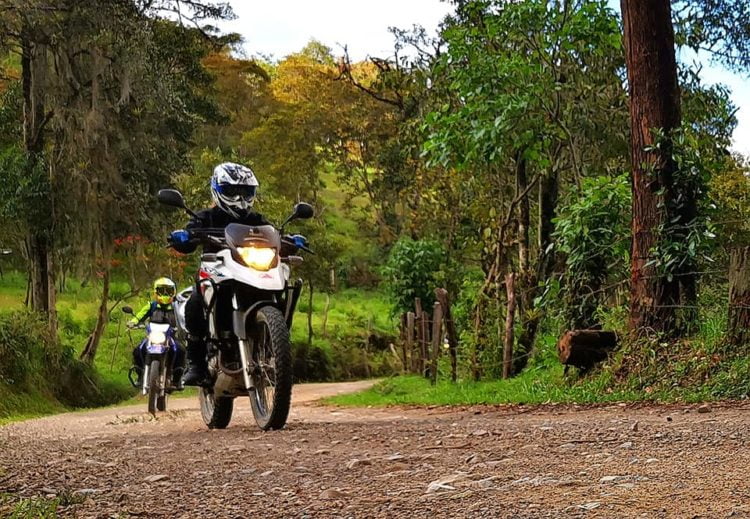 Having an excellent team and seamless support you can count on on a guided motorcycle tour is everything. Although plenty of people associate “guided” with “uneventful”, this couldn’t be further from the truth, and when difficulties arise, you need to know your team’s got your back.  Speaking of uneventful…

Mike has already written an excellent article about whether a guided motorcycle tour is an adventure or not. My two cents? Yes, absolutely. And you don’t need a nationwide strike in Ecuador to make the tour a little more adventurous: unexpected things can and do happen even if the tour is meticulously planned out and has excellent support. Routes may have to be changed due to landslides or floods; if it’s an off road tour, chances are, there’ll be flat tires; but most importantly, as a tour participant, you will have to get out of your comfort zone and push your own edge. Whether it’s tackling an off-road track you’re not entirely certain you can ride, enduring freezing rain in the Andes, or getting along with other people, you are guaranteed to learn a lot about yourself during the journey.

The same goes for the tour guides. On the road with a group of people you’re responsible for, there’s no place for mistakes, your own personal opinions, impatience, or rash decisions. Even if you have to find a solution to an issue – a blocked road, someone getting sick, a broken down bike, differing riding abilities, clashing personalities, unexpectedly turning weather – right on the spot, it has to be well-considered and it needs to sit well with the entire group. Being able to improvise while ensuring everyone’s safety, wellbeing, and happiness is a must, and you’re never off the clock during a tour. From burnt clutches to undercooked dinners, people will always look to your for a solution, and you better find one quick – ideally, while cracking jokes and fixing bent levers. 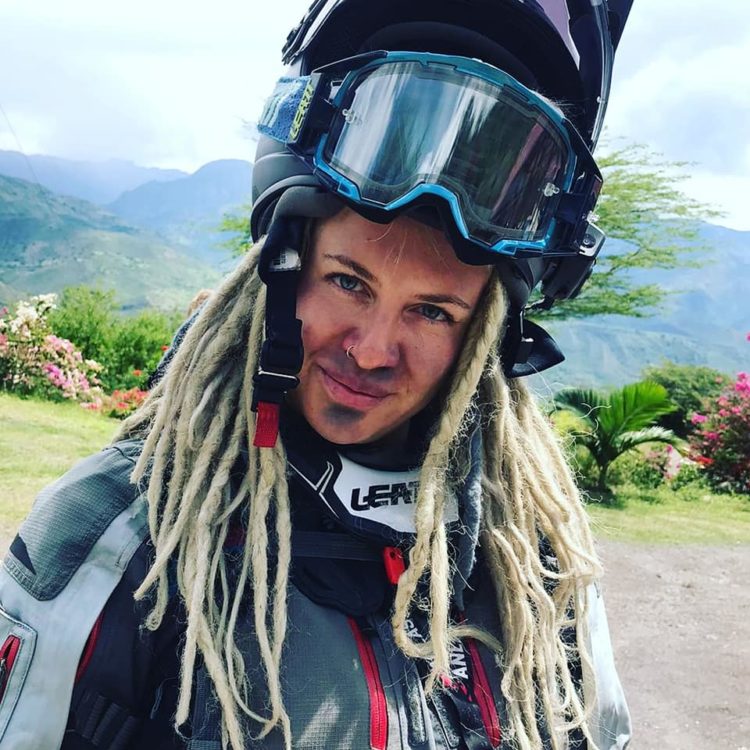 Dirt ‘stache: the price of looking after riders off-road

While moonlighting as a motorcycle tour guide isn’t going to become my full-time job any time soon (too many places to ride and rallies to race), I know I’ll be doing a few freelance gigs here and there in the future. Because yes, it’s more than worth it: the experience, the friendships, and the connections that happen on a motorcycle tour are priceles. At the end of the day, guiding a motorcycle tour is all about sharing the joy of riding and discovering new places with other people who otherwise would not have the opportunity to do it on their own – and that’s an awesome feeling.

So if you’ve ever considered working as a motorcycle tour guide, here are my tips to get started:

Harley-Davidson plans a new 1250 cruiser launch for July … or do they?