Ever since last spring, there have been rumours of a new sport tourer, starting with the 9cento concept bike BMW debuted at the Wheels & Waves festival in 2018. There have been occasional spy shots of the machine since, and details of the bike even showed up in BMW’s dealer brochures recently.

Now, these pix have surfaced, showing designers’ renderings of a new BMW street bike. These shots were filed to legally protect the bike’s visuals in South America, so they should be pretty close to what it would look like if it does show up. 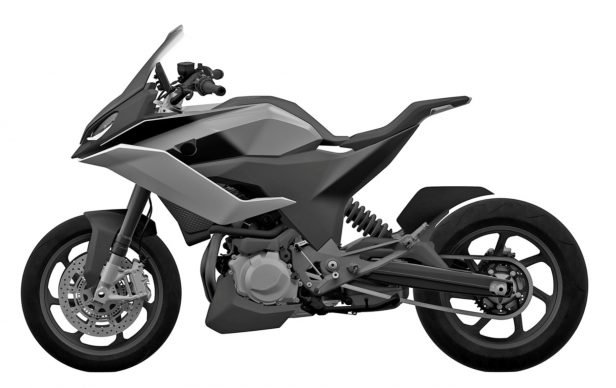 Almost a Ducati look to the bike, like a Multistrada?

However, it would be somewhat logical to presume we’d see a few last-minute changes. While the riding position screams “real-world sportbike,” there’s not really anywhere to mount luggage. Maybe BMW plans this machine to really be just a sensible streetbike, along the lines of a Honda CBR650? Or, going further back into history, a Suzuki RF900R, a sport tourer with more emphasis on sport? Or maybe, it’s all just a bunch of hype?

And, at this point, it’s hard to imagine it wouldn’t appear. It’s actually very surprising that the F800 GT is soldiering along with the older version of BMW’s parallel twin engine. The GT’s version was slightly retuned a few years back, but it is still an old-school design compared to the revised F850 platform. It’s logical to expect a replacement at this point, especially as the F850 engine has already been on the market for many months.

But, BMW was busy last fall with the new S1000RR and R1250 Shiftcam engines, so maybe it’s decided to save this bike for this season’s show circuit. Maybe we’ll even get a Shiftcam version of the F850 engine? 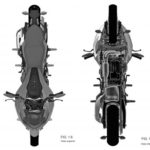 The overhead/underneath views of the bike. 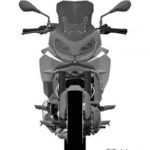 No weird asymmetrical headlights this time. 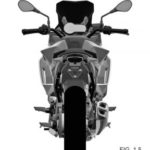 Hrm. Not much real estate to mount a luggage rack, eh?