After doing the Hellas Rally Raid and two roadbook rally training events, I now know two things: rally racing isn’t just for the pros, and you do not need to have a Dakar-ready KTM to race. The most popular rally bikes for amateurs are actually the same bikes that are most beloved by adventure riders. No surprise there, as most amateur rally riders have to cover a fair distance just to get there. In fact, the diversity of bikes both at Hellas as well as Portugal Trans Alen Tejo and Bosnia Rally was so big I realized that for amateurs, it really isn’t about the ruthless competition. It’s about testing your own limits and pushing your own edge. However, I did hear a lot of rally riders saying they fell in love with their bikes even more after the race; I have to say that I’m mechanically dyslexic, but even I found a new appreciation for my DR650 and what it’s capable of. 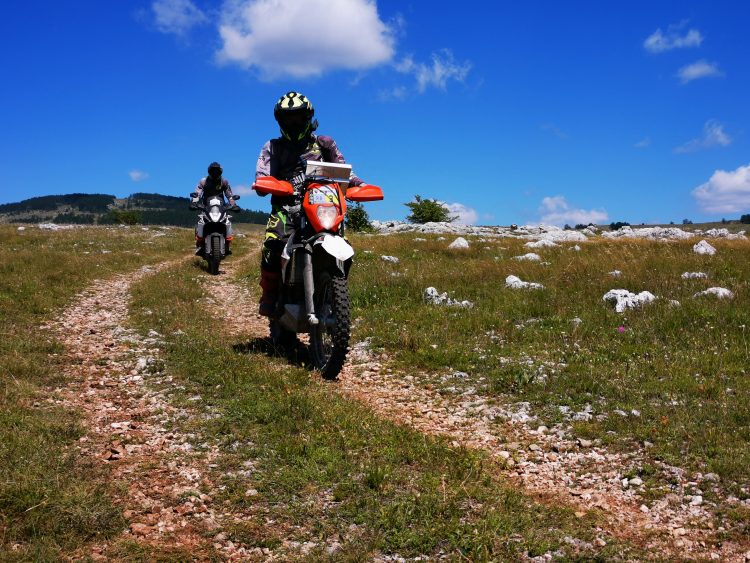 So, what are the most popular rally bikes for amateurs, and why?

I’ve seen several of these beauties both at Hellas Rally and Bosnia Rally. The Huskies seem to give their riders a confidence boost on any kind of terrain, whether it’s flowing tracks, slippery mud, gnarly single track, or nasty uphill climbs.

One of the favorites among Hellas and Bosnia Rally participants, the KTM690 seems to have just the right balance between weight and power. Easily one of the most popular choices among rally riders. 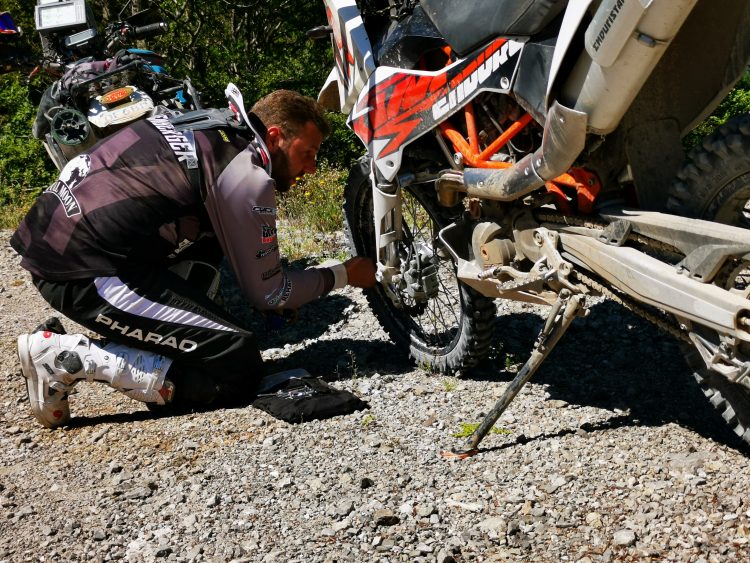 After Chris Birch’s Hellas podium in the M6 class, no doubt the 790 might become a common sight at cross-country rally bivouacs. An adventure bike that can earn a podium place in a rally? Sounds good.

Along with KTM 350 EXC, the 450 is among the most popular rally choices. After having ridden one myself at the Portugal Trans Alen Tejo roadbook training rally, I can see why – this bike can tackle any terrain at speed. However, a lighter 350 might be an even better choice for a bigger rally like Hellas, where you need to stay focused and in shape for seven days straight. A Yamaha WR250 is another great bike for a multi-day rally. 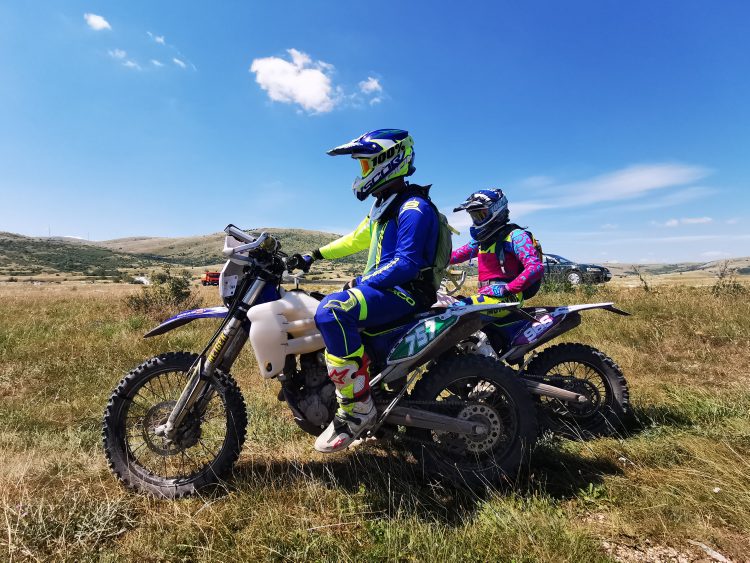 The lighter, the better

While not exactly a rally beast, the BMW GS was #1 at the Adventure Raid class both in Hellas and Bosnia. BMW riders seem to enjoy riding the lighter routes and focus more on the travel and adventure aspects of a rally rather than flat out racing, but it seems those bikes sure can take a beating.

What would be your rally bike choice? Let me know in the comments below.

How Not to Come Back from a RTW