What if a moto manufacturer wanted to help riders maintain their balance while at low speeds?  Would that be a good thing?  Apparently, one manufacturer thinks so because they have filed a patent application for such a system.

According to Cycle World, the company’s idea is to add a gyroscope (gyro) to help its riders maintain balance when stationary and at walking speeds.  The electro-mechanical gyro would reside in the bike’s top case and provide some additional stability when stopped or at very low speeds.  Ultimately, the gyro would act in a manner similar to a child’s toy gyroscope, only larger.

But at low speeds (below 3 mph) the gyro makes itself known as a balance aid.  At these speeds, a clutch engages and locks the gimbal’s roll axis to a lever connected to a computer-controlled linear actuator.  A computer monitors the bike’s lean angle and the actuator can tilt the flywheel from side to side to deliver a force that helps keep the bike stable. 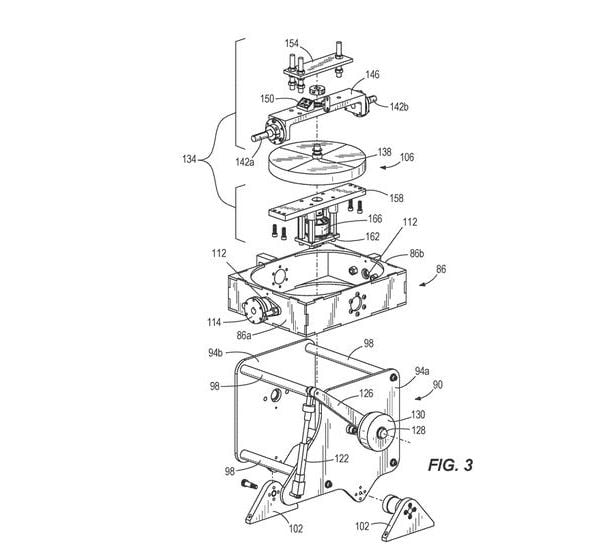 An exploded view of the gyro.

It doesn’t take much force to help keep the bike upright provided that the bike hasn’t already leaned too far.  With computer and sensor assistance, the small movements by the gyro are enough to allow the bike to self-balance.

According to its patent application, the entire system is self-contained and can be mounted in the bike’s top case.  It does not have to be hard-mounted into the bike’s systems.  Instead, it only needs an electrical feed and could be fitted to any number of the maker’s bikes. 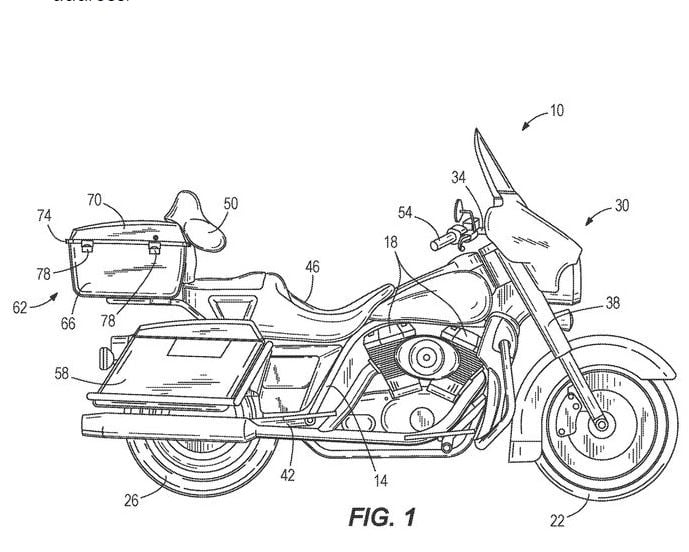 The gyro would be located in the top box.

So while the system may at first blush seem a bit outlandish, perhaps there’s some decent rationale for building it.  At least Harley-Davidson thinks so.  What do you think?  Let us know in the comments below.