The problem with running your phone as a GPS unit, Waze machine, or jukebox while you’re riding is that sooner or later your battery is going to run out.

You could hook it up to a USB charger, sure. But that plug-in connection is vulnerable. Water can get in and vibration can disrupt it.

In May, an ADVRider inmate — who also happens to be a veteran — started marketing a new charging solution. 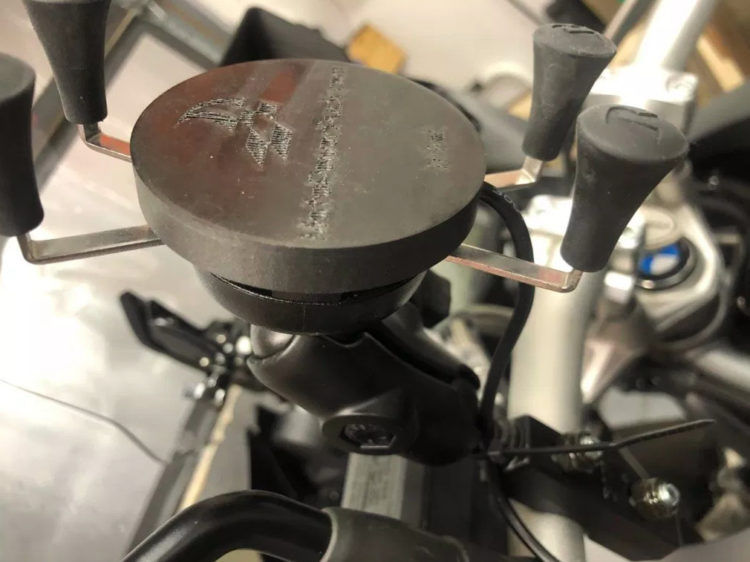 He’s created a Qi wireless charger for your bike. It’s called the MotoPowerPuck. It’s simple as can be: just a wireless puck and an electrical cord to tie-into your bike’s electrical system. If you’re phone’s waterproof, you’ll have an uninterruptible phone charger.

The MotoPowerPuck is designed to the Qi 1.2 standard, which is the higher-charging standard. If your phone supports Qi 1.2, you can run your apps to your heart’s content and the phone will keep on charging. 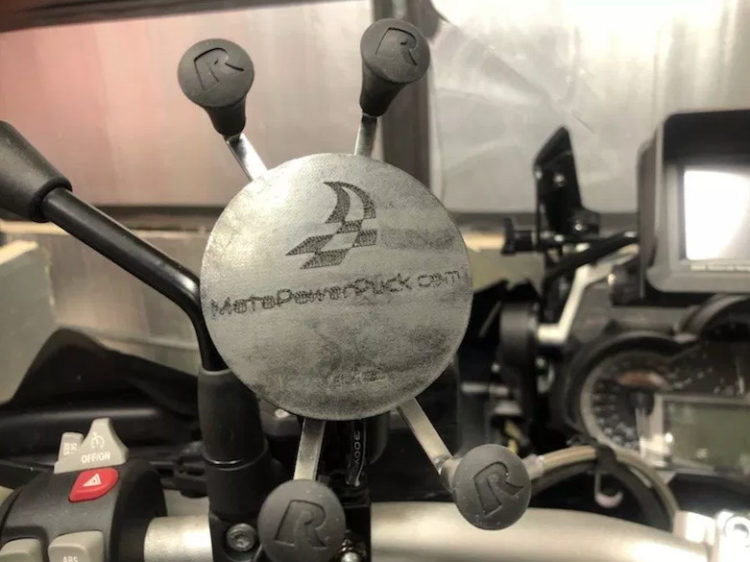 There are some caveats with the first iteration of the MotoPowerPuck.

During the day, you’ll be prone to running your screen as bright as it can get for readability. But with apps running, the screen bright and the phone on top of the puck, there’s limited room to diffuse heat. So they recommend that you turn your brightness down to 75-80% to prevent overheating.

Another issue is the potential for battery drain. If you wire the MotoPowerPuck directly to your battery with a switch and a fuse, remember to turn off the switch when your bike’s not running to prevent battery drain. Otherwise it will drain about 2 milliamps. For what it’s worth, they say they don’t mandate how to wire-in the puck because in their experience, every rider has his or her own preferences. 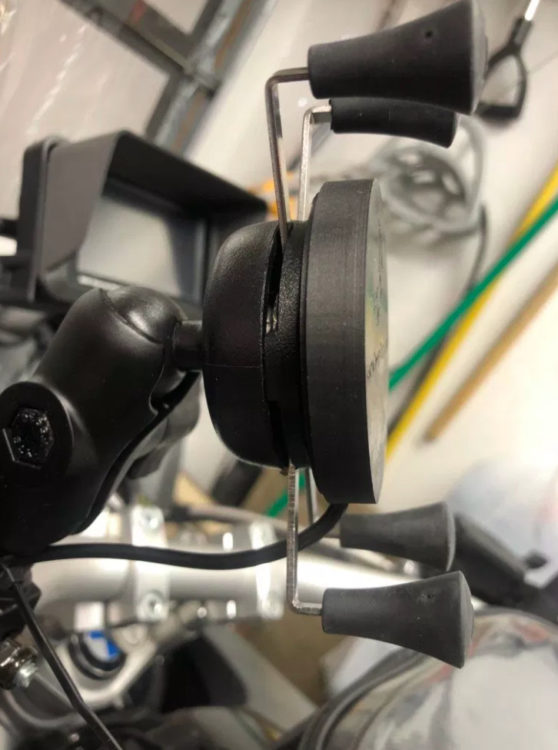 A final issue is the mount. Right now, it comes without one. You have to provide your own. But they’re working on manufacturing their own mount, which may be ready in time for the 2018 holiday ordering season.

If you have any questions for CoastieAM, who created MotoPowerPuck, you can ask him in his own thread in the Vendor’s Forum. A few inmates bought the charger this summer and the ones who posted about it seem to like it.

The original MotoPowerPuck costs $65 before shipping and can be ordered from their website. 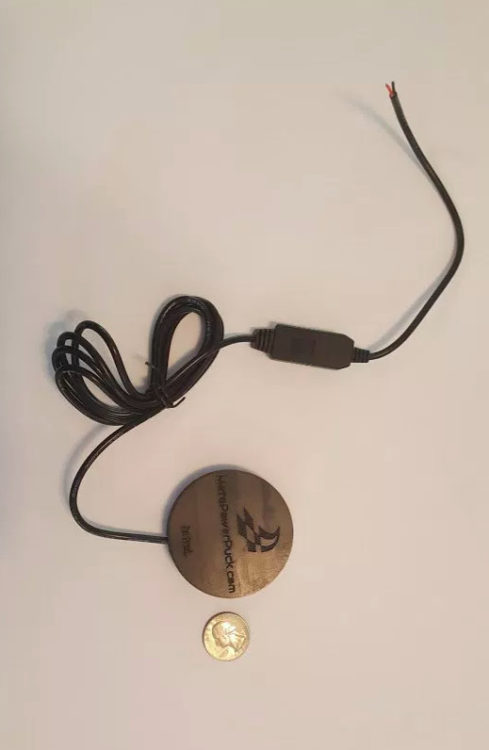