The year was 1948, World War II had ended a few years before and transportation was need by the masses in Germany.

Just a few minor problems, the material needed to build anything transport related were drastically lacking.

Enter Norbert Riedel a man with a lot of innovative ideas to build a relativly cheap economical motorcycle. 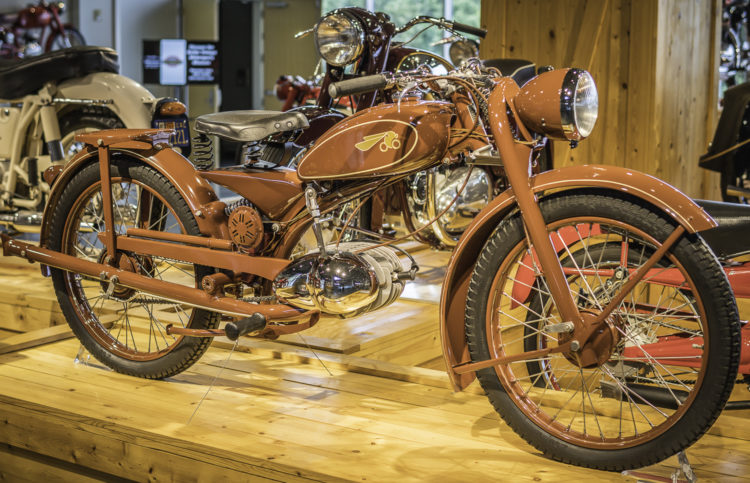 A prototype was finished in 1947 and production started in 1948.

Looking at the above photo I took, you could easily be unimpressed, only when you look at more angles and do more research do you find this motorcycle very interesting.

The tubing used on the motorcycle is all the same 40mm diameter. Look at the rear swingarm, from this angle it is difficult to tell that it also doubles as the exhaust. 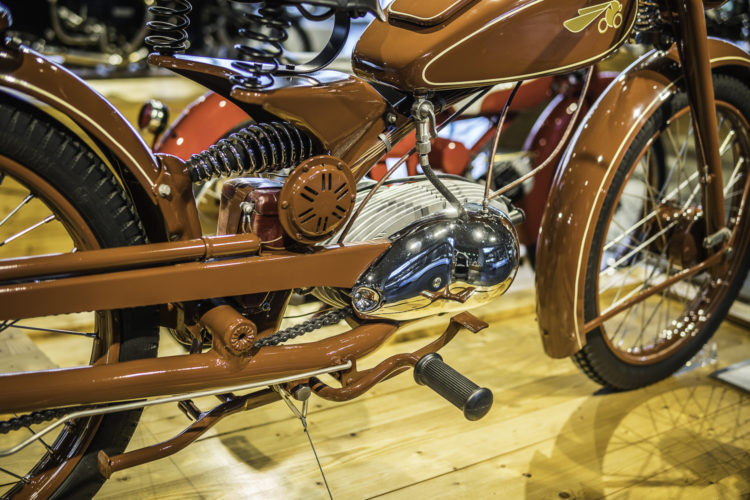 The wheels are both 19 inch and interchangeable, and as an option, a 3rd spare wheel could be added to the price.

As you move slowly to the left side of the bike it becomes quickly apparent this is no ordinary set up. As mentioned before material was scarce, so much so he designed both front and rear wheel to only be single sided mounts, hence their interchangeability. 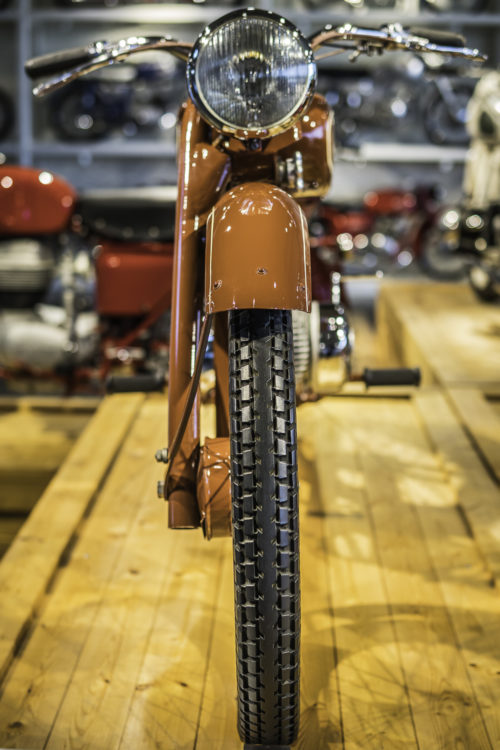 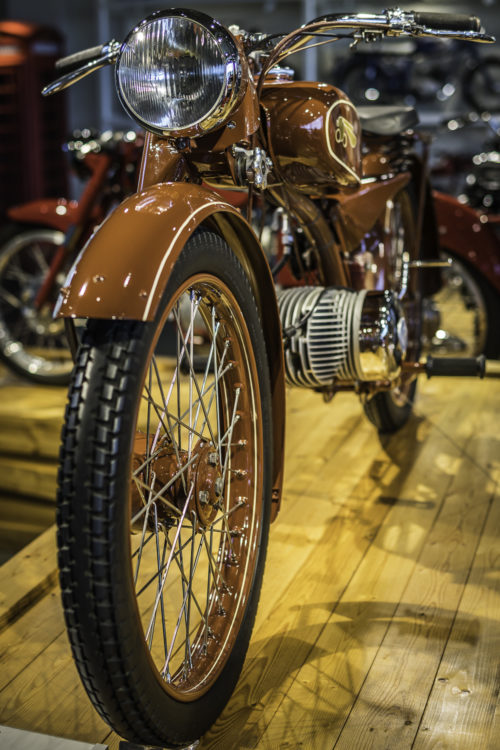 The rear had a small luggage rack that doubles as a fender support, and an optional passenger mount was an ‘extra’. 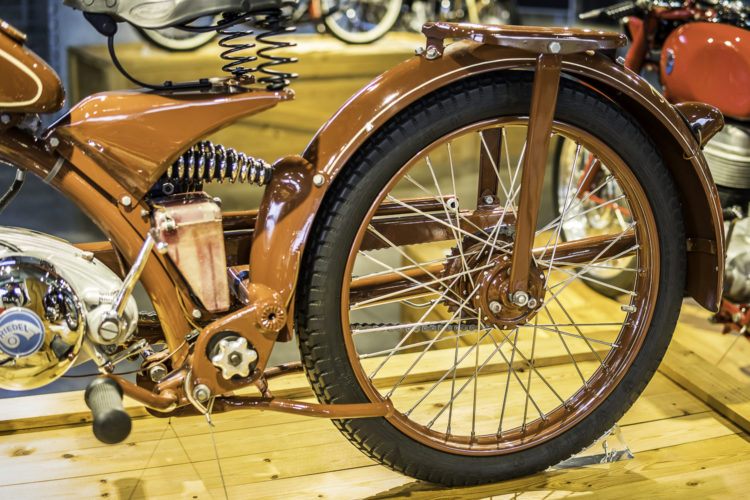 The 99cc motor put out 4.4hp at 5800rpm, which was considered substantial at the time. 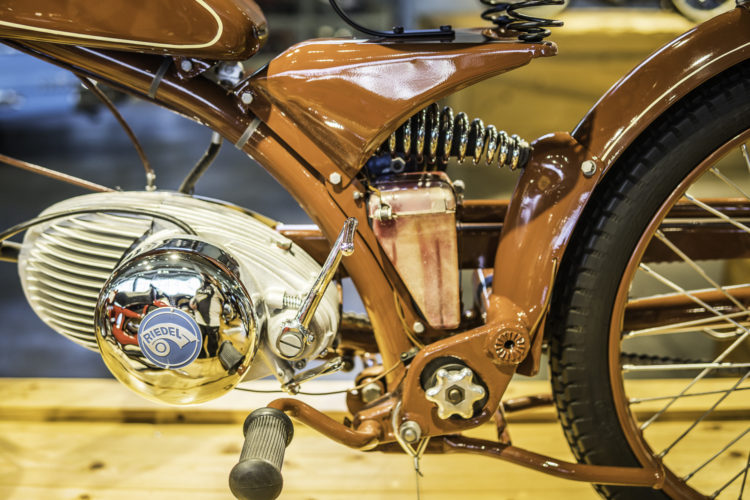 Were they successful? Yes and no, estimates put sales topping 10,000 units, and some say close to 14,000, but then the problems started.

There were issues with the bearings, but not the ones you’d think, specifically the single-sided crankshaft bearing. And so began the demise of the company, the engineering was reworked but warranty claims put the company out of business at the end of 1950 and they filed bankruptcy owing 1.25 million Deutschmarks. 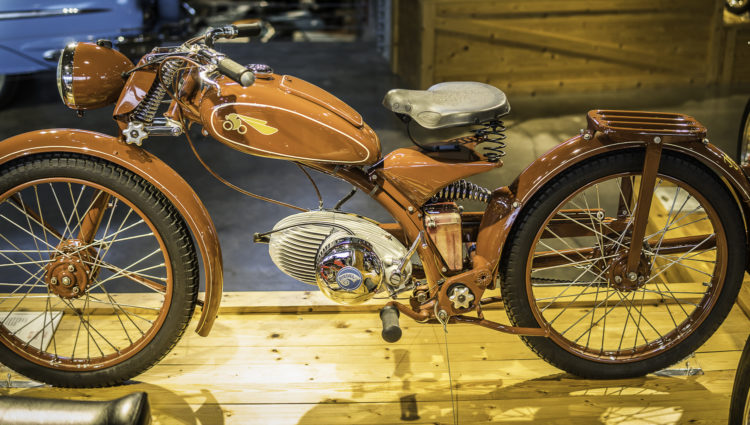 All images taken by me!