Motorcycle safety is a hot topic.  Governments around the world are proposing and adopting regulations that require certain safety equipment in both cars and motorcycles.

Many countries have, or are implementing regulations that require manufacturers to install anti-lock brake systems (ABS) on motorcycles.  The governments say that this particular regulation saves or will save thousands of lives every year.

These and similar types of regulations add costs to the manufacturing and design process.  In turn, manufacturers to increase the price of vehicles.  While consumers pay a higher price, governments around the world praise the life-saving enhancements. 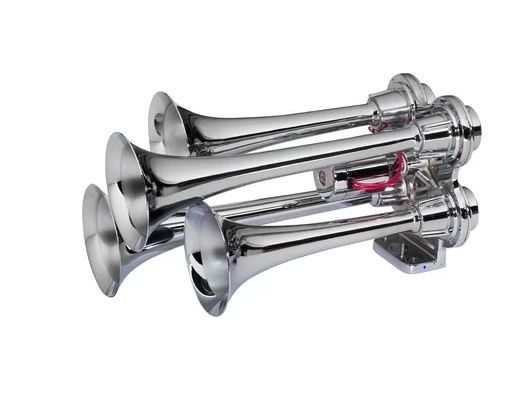 It’s not a complex part for either a motorcycle or a car for that matter.  But in one vehicle, it works well.  On the other, it is so poor as to be almost unnoticeable.  What safety enhancement am I talking about?  It’s the horn.  Yes, that small device on your bike that is mostly an afterthought.

Horns were developed to alert other motorists and pedestrians of a dangerous situation.  The blare of the horn is supposed to get a driver’s/rider’s attention so a collision can be avoided.  If that’s the case, why is it that governments don’t regulate the minimum sound in decibels (dB) that should be emitted.  In fact, it seems that many governments only regulate the maximum dB that can be emitted?  That seems a bit backward, doesn’t it?

Apparently, the government’s regulation is based upon the general public’s annoyance with noise pollution.  So the government says that cars and motorcycles must be equipped with horns that can emit no more than a certain level of decibels.

Clearly, some of you think that noise is a necessary evil in keeping riders safe.  We recently ran a poll asking the question of whether loud pipes (i.e. exhaust noise) helped save motorcyclist lives.  The responses were far-ranging and generated many comments.  As of the writing of this article, we’d received 178 comments on the topic.

Many commenters felt that loud pipes helped them to inform other motorists of their presence.  Some even commented that loud pipes definitely helped save lives and used their loud pipes to help avoid collisions with other vehicles and animals.

But most commented that the loud pipes only created annoyance and dislike of motorcycles.  Because of the consistent and widespread noise, many pointed out that not only does the public generally despise loud pipes, but most motorcyclists did as well.  Further, many commented that better defensive riding would save more lives than loud pipes possibly could.  Ultimately, the overall sentiment was that loud pipes were far more of an annoyance than a safety benefit. 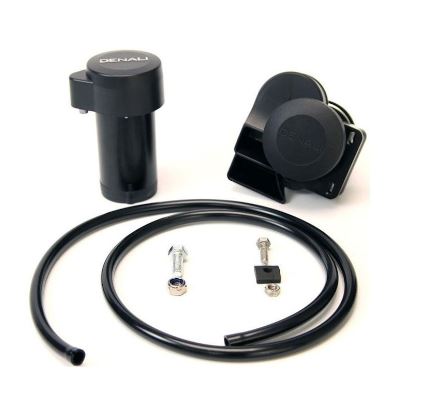 The government’s viewpoint (and much of the public’s standpoint), is that horns shouldn’t be allowed to make too much noise.  It seems that in this case, safety is secondary to the noise horns make.

You can understand the concern with everyone honking and making unnecessary noise.  If you live in a large city near a major intersection, you can be bombarded by a cacophony of horn noise.  Certainly, it could be unpleasant.

But the problem isn’t with the noise the horns make, it driver’s/rider’s use of the horns that is the issue.  Drivers/riders honk less for safety considerations, but to voice displeasure or greeting (mostly displeasure).

When horns are used

Most states recognize this and have laws on the books that prohibit the use of vehicle horns in other than dangerous situations.  If horn noise is really a problem, appropriate training and enforcement of existing laws should be able to remedy or at least reduce the problem.

In addition, we are talking about safety.  Safety of motorcyclists who are not protected in a collision by a steel cage.  Motorcyclists bear the brunt of injuries in car-motorcycle collisions, so shouldn’t these people be afforded all appropriate safety enhancements by regulation?  If manufacturers are forced to include pricey safety features such as ABS, shouldn’t they at least be required to provide something as simple as a horn that can be heard at a distance inside a car?

At the very least shouldn’t all motorcycles be required to be equipped with a horn that emits at least as much sound (dB) as an automobile?  If motorcycles did come so equipped, it would logically help diffuse the argument that riders need loud pipes to help reduce collisions.

If you perform a quick google search, you will find many aftermarket motorcycle horns that claim to emit high dB levels.  Some of those levels are higher than found in cars.  But interestingly may be illegal state to state because they are too loud.

The fact that there is a market/demand for aftermarket horns says a lot about what motorcyclists perceive as a safety issue.  Since manufacturers apparently think its not enough of an issue, is it time for louder and safer horns to become mandatory?

Wouldn’t it be an easy way to help reduce collisions?  Even if it costs them a bit more, wouldn’t you be OK with paying a little extra for the potential safety benefits?

Having a sufficient horn available at your fingertips certainly would be easier to use than trying to rev an engine with loud pipes while dealing with an emergency situation.  In addition, the horn could be mounted forward facing so that the sound would be projected towards, not away from an impending collision.  It seems like a fairly simple item to add to a motorcycle.

Horns can be a safety item and/or an annoyance.  Is a minimum horn sound regulation necessary?  Let us know in the comments below.

Staying Sane During Lockdown: Grounded Yet Adventuring On?