Walking around the 2019 AIMExpo we bumped into Chad Warner at the BMWOA stand.  Chad rides a BMW R 1250 GS and has ridden to many parts of the world.  Aside from adventure riding, Chad is also a filmmaker.

Chad’s production company, Motorcycle Memories makes films about other adventure riders.  But the films don’t dwell on that person’s adventure riding.  Instead, they concentrate on those rider’s other passions.  And those passions often center on volunteerism and good deeds.

Passions outside of motorcycles

Chad’s first episode concentrates on Mike Williams, an adventure rider that just so happens to restore old BMWs and fly antique aircraft and give free rides.  Although you may never have heard of Mike Williams, you’ve probably heard of the people to be covered in Chad’s next two films.

Episode 2 is on Bill Dutcher, the founder of one of America’s largest rallies; Americade.  But few know that one of Bill’s other Passions is teaching disabled children to ski.  To do so, he volunteers at the Double H Hole In The Woods‘ adaptive skiing program.

Episode 3 has you meeting with one of ADVRider’s well-known inmates, Woody from Woody’s Wheel Works.  Woody is very well known for his custom wheels, but what you may not know is that Woody also makes custom equipment to help disabled people ski. 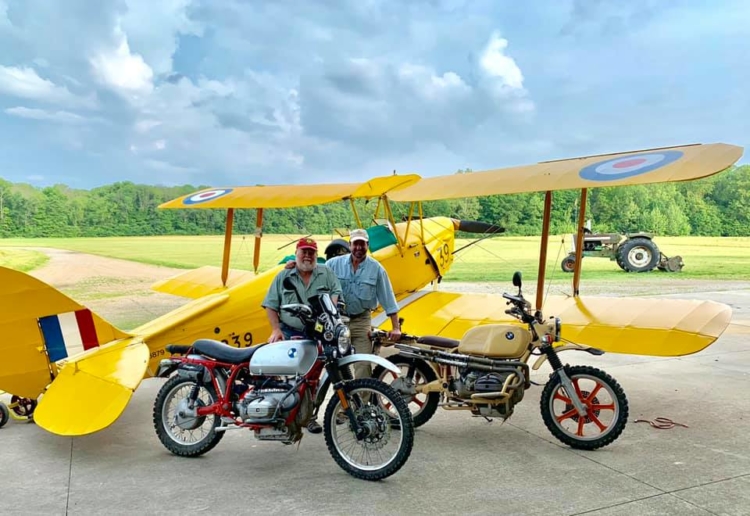 So you may want to keep an eye out for Chad’s newest films covering some of our very own inmates and their passions outside of riding motorcycles.  Episode 2 featuring Bill Dutcher and Episode 3 featuring Woody will be out on Chad’s Motorcycle Memories YouTube Channel next month.