Have you ever had a motorcycle stolen?  It’s quite a traumatic experience and can make you feel angry, upset and violated.  After all, you’ve worked hard just to purchase the machine.  You may have also spent a lot of time and money getting your bike the way you want it to be.

But you wake up one morning and it’s gone.  Regardless of the measures you’ve taken to keep your bike safe, some thieves can defeat your security and simply carry or ride off with your pride and joy.

And the loss of your bike isn’t the only problem.  Often the stolen bikes end up illegally on the streets or stripped for parts.  Stolen bikes increasingly have become a problem in cities where they are dangerously and recklessly operated in traffic.  Sometimes, other people are assaulted by the people riding the stolen bikes.

Recently, New York State Attorney General Letitia “Tish” James announced that such a gang had been broken up and the participants arrested.  In all, 11 people were arrested and charged with multiple counts of criminal possession of stolen property, grand larceny, unauthorized use of a motor vehicle, auto stripping, and conspiracy. 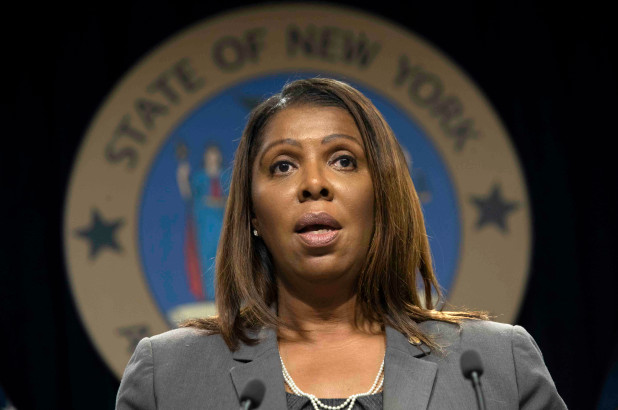 According to an article in the New York Post, the thieves allegedly stole 43 motorcycles and a GMC van.  Together, the stolen items are valued at a total of $280,000.  All were taken between November 2018 and May this year.  Once the bikes were stolen, they were taken to a Brooklyn garage, stripped and the parts sold off to people who knew the bikes were stolen.

As I read the article, a smile began to form at the corners of my mouth.  But the smile was quickly stymied when I read what the thieves were facing.

According to the New York State Attorney General, if the thieves are convicted, they face seven years in prison.  Seven years?  That’s all?  To make it worse, if convicted, they’d stand a good chance of getting parole and likely spend far less time in jail.

And that made me mad.  Unless they stole groups of motorcycles from a single person, that meant that 43, yes, 43 people lost their motorcycles.  The ones that they worked hard for.  The ones that gave them a degree of joy in their riding.

Too much or too little?

But more, the issue isn’t the loss of the bikes, it’s the violation the victim feels as a result of the snatching.  And that violated feeling was potentially imposed by these thugs 43 times.

Some might argue that the thefts aren’t a big deal.  There are lots of worse crimes perpetrated by much more evil people.  Besides, that’s what insurance is for, isn’t it?  I get that; sort of.   But damn, 43 bikes stolen, stripped and sold off to other criminal people!  That’s upsetting.

So what do you think the proper penalty should be?  Is a 7-year sentence too little?  Or, is it too much?

Tell us in the comments below.