One of the worst things a motorcyclist could think of is certainly somebody stealing his/her motorcycle. Countries including England, Italy and Spain have some of the highest motorcycle theft rates in Europe, while in the USA, California alone has more than 7000 motorcycles stolen per year. 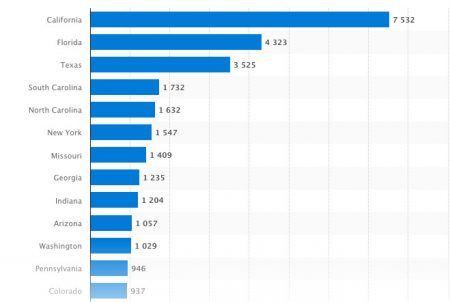 The market for stolen parts is on the rise too, considering that it’s now pretty easy to sell second hand parts online.

In my personal opinion, there’s very little that can be done to prevent a motorcycle theft; if somebody wants to take your motorcycle, there are a million way to do it, even if you try your best to prevent the theft. There are, however, different mechanisms that could be put in place to deter thievery. 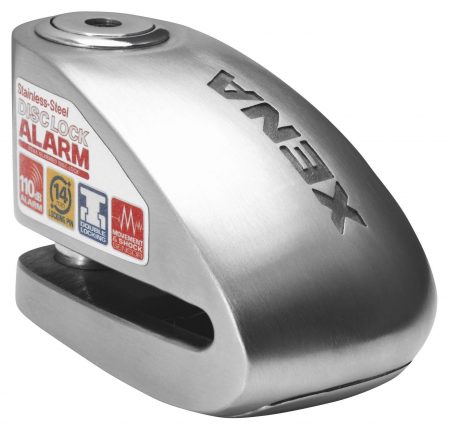 One of the best and easier way to lock your motorcycle is to use a brake disk lock. These kind of locks sit in a very uncomfortable position for the thief to operate on and the best of these are equipped with a loud alarm. The alarm is usually activated by vibrations and its siren sounds a 100+dB noise, which is usually enough to deter any badly intentioned person. Generally pretty affordable too (around $40), these kind of alarms are easy to carry and good enough to scare the inexperienced thief. 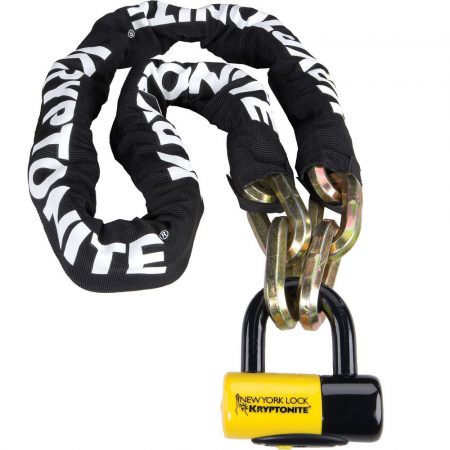 This is probably the oldest trick in the book, and modern locks are also freeze proof, which prevents the thief from using freezing sprays to damage and open the locks. They usually require some time to open and if placed on the frame instead of the wheels, could definitely cause some delay to the anyone trying to take your bike for an unauthorized ride.

The issue with this kind of locks is that are heavy and quite bulky to carry around, especially if you don’t have much storage space on your bike. 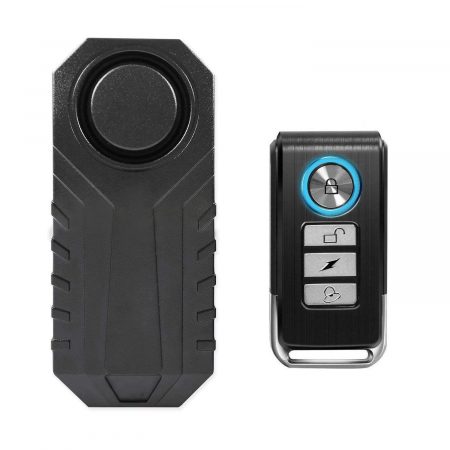 The simplest of the Bike alarms. Photo Credit: amazon.com

Simplicity and efficiency usually go well together. This type of alarm system is vibration and movement activated. It emits an extremely loud sound and, depending on the model, can also be combined with intermittent flashing of lights. Some of these are integrated with a proximity detection mechanism, allowing the alarm to be activated by simply stepping away from your bike, with an RFID tag; also, they may be equipped with a ‘bike finder’ function, allowing the owner to find his/her bike in a crowded parking lot. 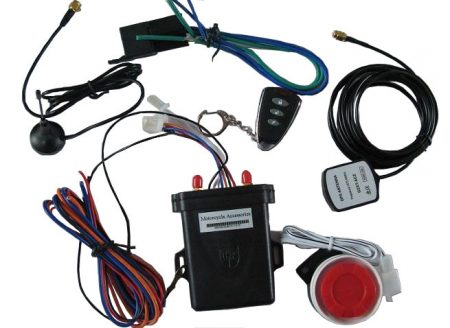 The latest technologies allow motorcycle alarm system to step into the smart device world; there are different brands which, as well as having the motion sensor activated alarm and siren, have a little GPS tracker device. This tracker sends real time information about the location of your ‘misplaced’ vehicle, usually to a dedicated app for your smartphone. Some of the most modern systems, such as Monimoto, offer a wire-free configuration.

This mechanism is not bulletproof. Shielding the alarm or some quick rewiring could potentially stop your beacon.