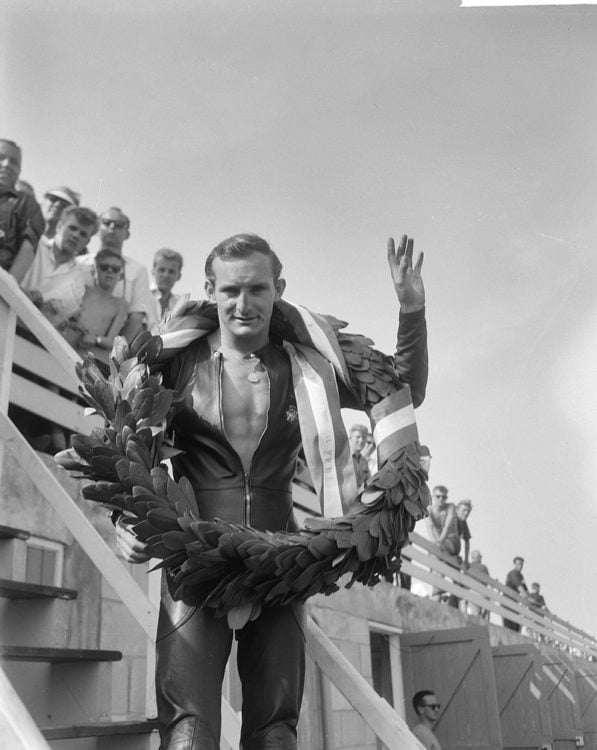 While still racing motorcycles, Mike decided that he wanted to race cars as well.  Hailwood raced Formula One for six years garnering two podiums.  As if that weren’t enough, Hailwood won the European Formula 2 Championship.  And, he stood on the podium at the 24 Hours of Le Mans.

With a record like that, it’s about time that “Hollywood” is making a film on Mike “The Bike” Hailwood.  Interestingly, the film will not recount Mike’s overall career, it will instead concentrate on his surprise return to motorcycle racing at no less than one of the most dangerous circuits in the world.  The Isle of Man TT.

After an eleven year hiatus from motorcycle racing, Hailwood made his return in 1978.  And, in true Hollywood fashion, Hailwood won the TT on a Ducati with a time of 2.05.10.2.  To set that time, Hailwood averaged 108 MPH around the circuit. 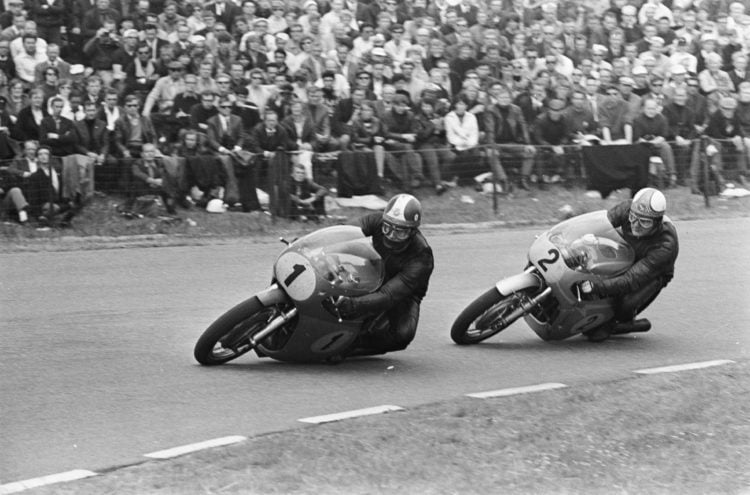 Mike and Giacomo Agostini, both world champions duel it out at Assen. Photo credit: Wikimedia Commons

“A couple of months after the ’77 TT, we went to Silverstone for Roger Nicholls to ride in the TT F1 support race at the British GP. In the paddock there I was introduced to Mike Hailwood, who was visiting Britain from New Zealand, where he’d been living since retiring from Formula 1 car racing after his 1974 smash at the Nürburgring. He sees the Ducati, slings his leg over it, and says “This is the kind of old fashioned bike I understand – wouldn’t mind doing another TT on this!”

Half-jokingly, I say “Why don’t you?!” – and with just a few words and a hand shake, the deal is done, for a paltry, completely nominal rider’s fee of £1000 – I used to think it was even less, but I just discovered our single-sheet contract, complete with Mike’s witticisms scrawled on it, in a drawer! But essentially Mike just wanted to have an enjoyable ride back in the Island he loved racing in – his plan was originally to ride under an assumed name, thinking nobody would realize it was him.

Getting a multiple World Champion to ride your machine these days takes an armada of lawyers, agents, and sponsors.  But back in Hailwood’s day, all it took was a handshake and a single sheet of paper!

With a story like that, it’s somewhat surprising that it took this long for the film industry to pick up the story.  But now, some of Mike’s story will be told on the big screen. 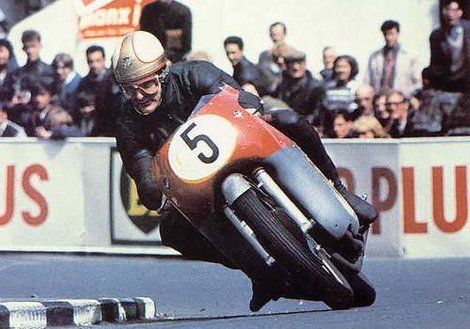 Australian actor Eric Bana is the force behind the Hailwood film.  His Pick Up Truck Pictures along with Robert Connolly’s Arenamedia have obtained the rights to Mike’s story.

Bana will write, co-direct and star in the feature film.  The film hopes to chronicle Hailwood’s 1978 Isle of Man TT win and bring it to life.  Bana’s previous roles include such titles as Munich, Black Hawk Down, Troy, and  The Forgiven.  He also starred in 2009’s Star Trek (playing bad guy Nero).  Clearly Bana has a feel for the dramatic. 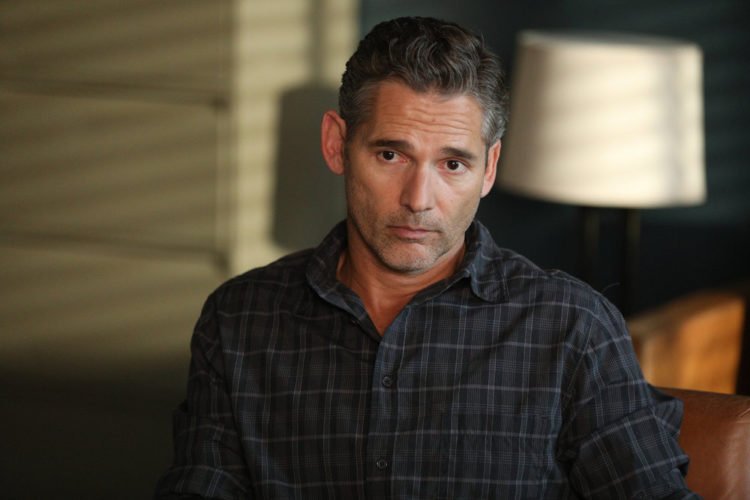 Australian Eric Bana will write, co-direct and star in the film about Hailwood. Photo credit: IMDB

Even Pauline Hailwood (Mike’s widow) and their son David say that they are excited by the project.

“We are absolutely thrilled that Eric Bana and Robert Connolly have taken Mike’s story to adapt into a feature film about his historic ‘comeback’ race win. We are delighted that Mike will be depicted by Eric Bana, an actor with an immense passion and knowledge of motorsports, Mike’s career, and a rider himself,” the Hailwoods wrote in a statement.

The film industry has a way of taking great liberties with “life story” movies.  It would seem that Mike’s Isle of Man win doesn’t need much in the line of additional made-up drama.  Let’s hope that the new film at least makes an attempt to accurately portray Hailwood.  The man that became to be known as “Mike the Bike”.

A man that can win nine Grand Prix World Championships, four of them back to back, deserves to have his unadulterated story told.  No less.