You’ll never get the chance to see the likes of this collection again, I suspect

The Petersen Automotive Museum has always had a soft spot for motorcycles, both bikes like classic Indians and futuristic creations like that amazing skeleton bike you’ve probably seen in photos if you haven’t had a chance to lay eyes on it at Petersen’s in Los Angeles. But they’ve upped their game with the latest exhibition titled “Hollywood Dream Machines: Vehicles of Science Fiction and Fantasy,” just opened.

The exhibition showcases a fascinating range of vehicles, most of them originals, that you’re bound to recognize from the Big Screen and, in some cases, from the little one in your living room. From three generations of Batman movies and TV shows to Robocop to Star Wars, Mad Max, both Blade Runner films and of course Marty McFly’s exploits there’s an amazing selection of machinery – and motorcycles get a fair bit of exposure.

While Hollywood’s big special effects budgets make thoroughly incredible things possible in all sorts of ways, there is still a place for the genuine prop – and it’s often a vehicle. In fact, the movies have been a wonderful place to speculate about the future of transport on both four and two wheels – okay, we’ll agree to forget Battlestar Galactica’s stunningly ugly and unlikely Yamaha Turbos. Movies have shown us some captivating snapshot of where the future might lead us.

And here they are, for you to admire! If you’re going anywhere near LA you need to check out Petersen’s Automotive Museum! And by the way: I would not be surprised if you’re not old enough to recognise that opening pic. It’s the Batcycle from the 1960s, based on a Yamaha Catalia 250 YDS-3, but the really cool thing about it is the sidecar that holds a detachable go-cart for Robin! Ah, the ’60s… 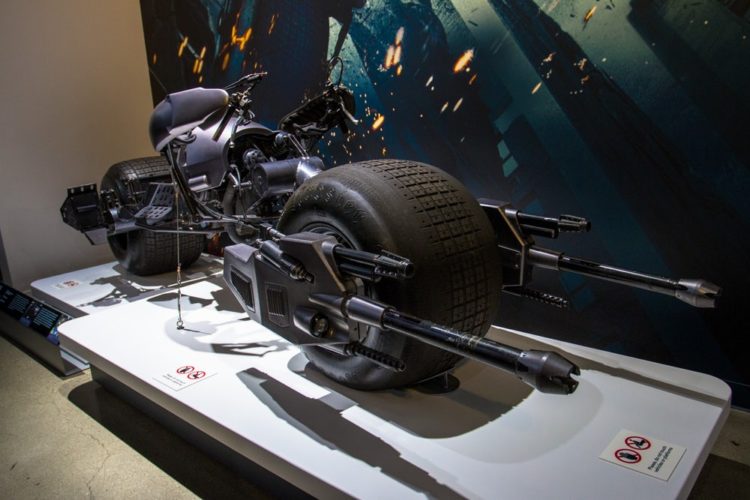 A later Batman did the detachable trick himself when his armoured Tumbler vehicle became unusable. He set off on this Batpod bike which splits off the bigger machine. 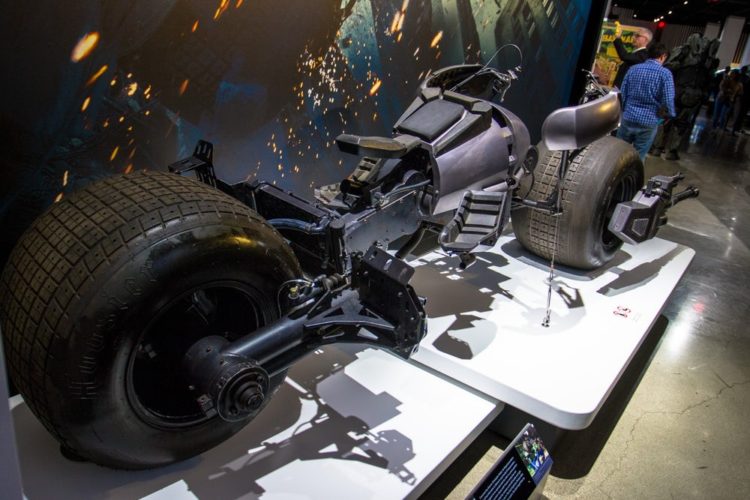 Another view of the Batpod. Did anyone actually ride this thing for real? I hope they got paid a bonus for terminal discomfort. Worse than an old SS Ducati… 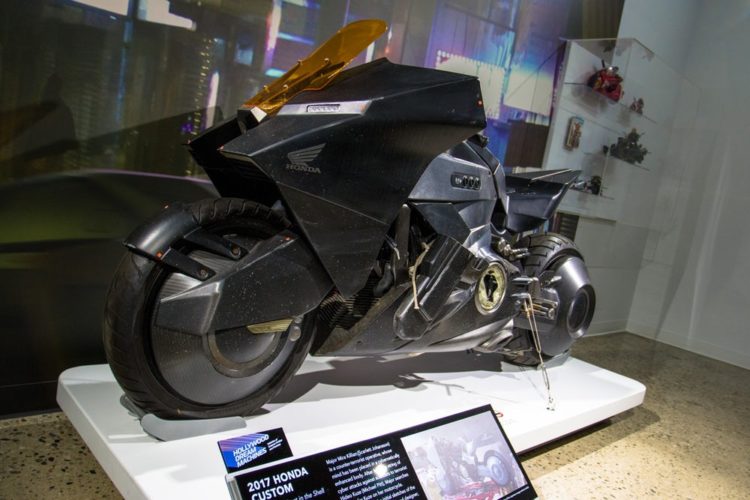 Now this is one vehicle I would not mind pubnting along. seeing that the seat was previously occupied by Scarlett Johansson’s Major Killian in “Ghost in the Shell”. 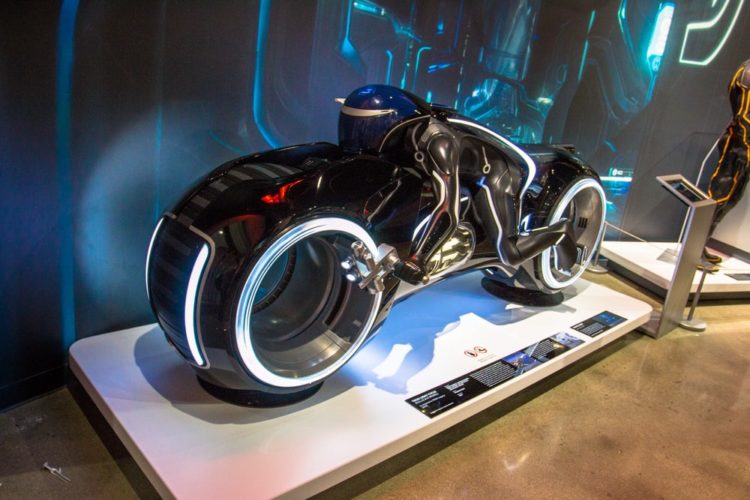 How could we possibly forget the LightCycle from the 2010 version of “Tron”? 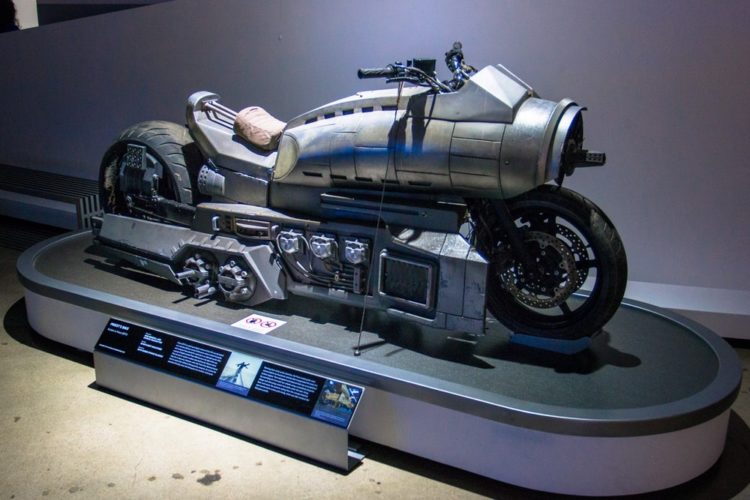 The movie might have been dreck, but the bike from “Priest” was a knockout. Does it remind you of a certain Bimota, as it does me? Send in your comments!