The “adventure bike” market is exploding at the moment.  So it’s a no brainer for moto manufacturers to jump on the adventure bike bandwagon.  The newest member to jump on that bandwagon may be MV Agusta (MV) with an Elefant or Elephant model.

The Italian brand has been rumored to be building an adventure bike for quite some time.  But MV has yet to show even a concept adventure machine.  So are they really serious about bringing one to market?

It seems so.  Last month, MV boss Timur Sardarov told Italy’s Motociclismo that an adventure motorcycle is in their plan. That’s a pretty good indicator.  Now, the company is filing for a trademark renewal of its “Elefant” (the Italian spelling of elephant) and “Elephant” names.

Although MV previously owned the Italian “Elefant” trademark, it expired in 2017.  It had also held the American and European trademark rights to the name “Elephant,” they too expired. 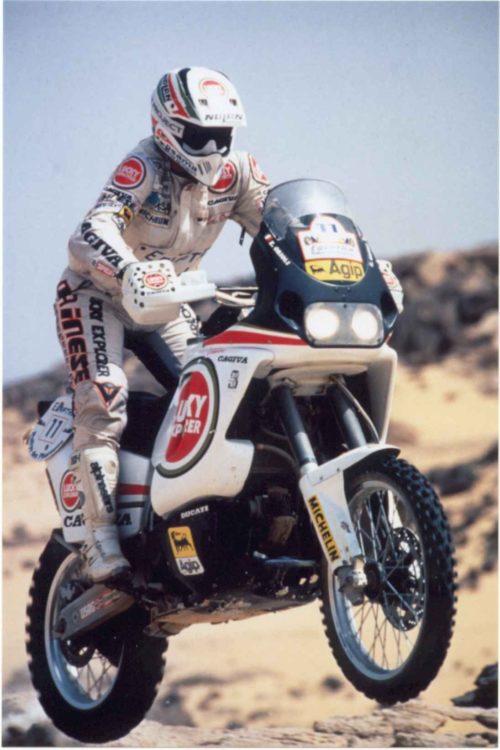 So with MV’s CEO stating that an adventure bike is in its plans and the resurrection of the Elefant and Elephant names, it seems that MV is quite serious about entering the adventure bike market.

And, the company says it wants to use the name for more than motorcycles.  The trademark applications indicate that it plans to use the “Elefant” and “Elephant” names for motorcycle suspension, clothing, and accessories.

If MV’s applications are approved, it will have regained its hold on a motorcycle name that is synonymous with the Dakar winning racebikes and the cred that the name brings. We’ll have to wait and see whether the MV Agusta can build a machine that lives up to those historic Dakar winners.