It’s not made of styrofoam, like the Royal Enfield Concept KX we wrote about yesterday. After all, somebody’s sitting on it.

But in every other respect the MV Agusta Superveloce (that means super fast, if you were in doubt) 800 is the same kind of retro-radical and gorgeous design exercise that the Indian company created in their Leicestershire, England innovation house. 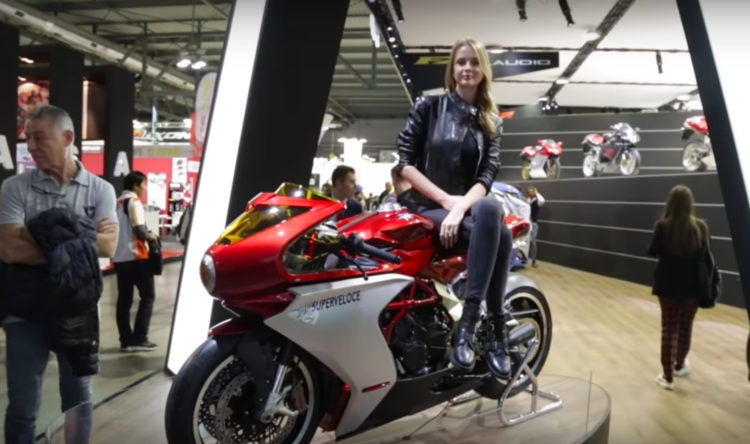 Using the F3 800 as their starting point, MV Agusta’s British design boss, Adrian Morton, and his team have come up with a bunch of creative and attractive touches that are both modern and pointedly retro. 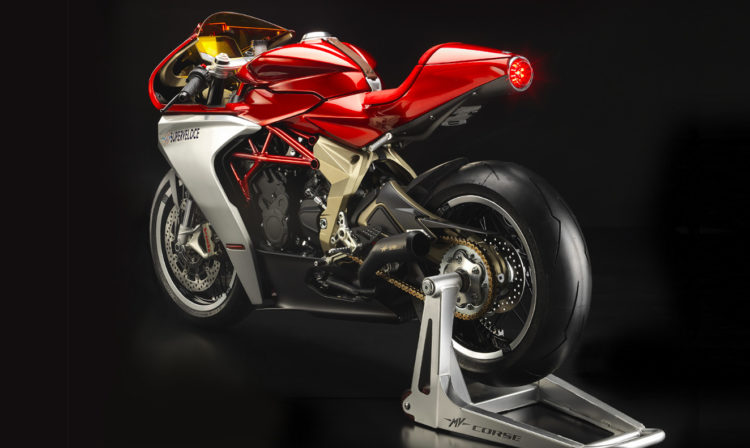 There is the matching round headlight and taillight (which looks especially sexy.) A daytime running light is integrated in the instrument cluster. There’s the retro fuel cap with leather strap. 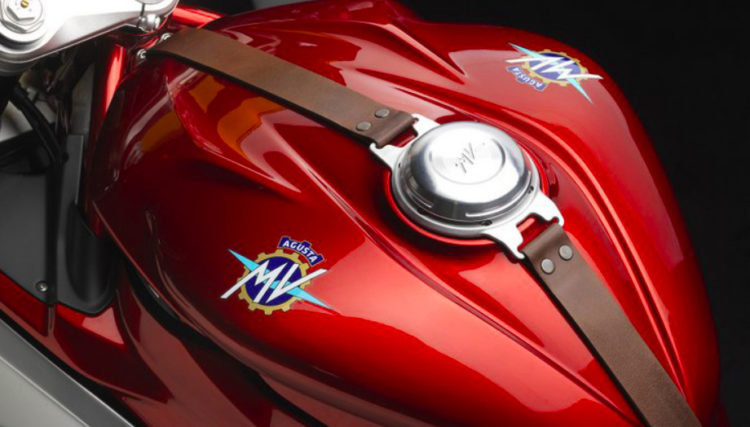 And there’s the asymmetrical exhaust system, with two pipes on one side and one pipe on the other side, a callback to the company’s 500cc GP bikes from the late 60s and early 70s. 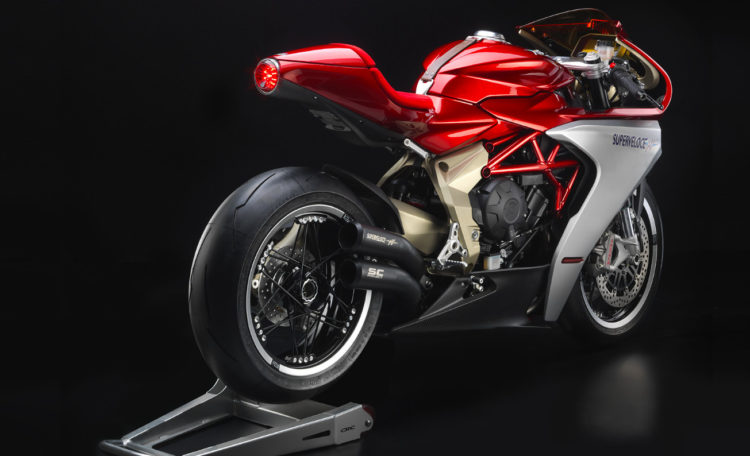 That exhaust isn’t just for show. Paired with a remapped ECU, it should boost the horsepower a tad over the F3 800’s 145bhp (108kW.) And while the bones of the concept are F3, there are important differences that have performance implications. 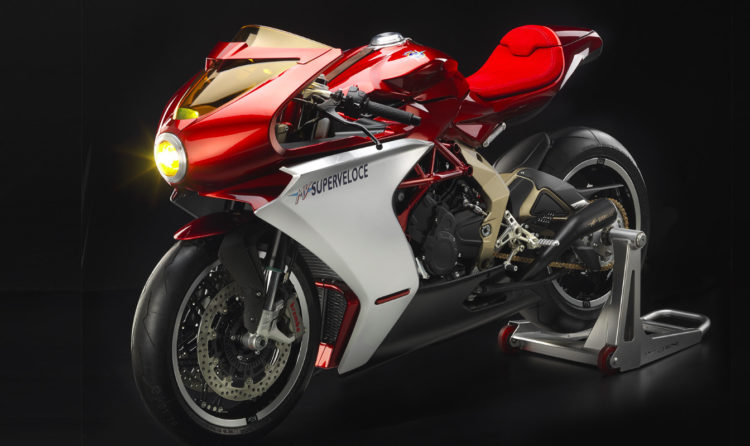 A redesigned rear subframe, less bodywork, and other weight saving changes like the LED lights could shed some mass from the F3’s 381 lbs (173kg.)

Unlike the Enfield bobber concept, the Superveloce isn’t going to live out its life in a studio somewhere. Because it’s based on an existing machine, it can be readily modified for production.

In fact, MV Agusta say it’ll be on the market in the third quarter of 2019. What the price will be, and how big the production run will be, remain to be seen.

For a walkaround video, here’s a video shot by Rivista Motociclismo.