In the aftermath of the historic 2020 Dakar Rally (first rally in Saudi Arabia, first non-KTM win in 18 years, first US win in history) here’s my opinion on what needs to happen next: 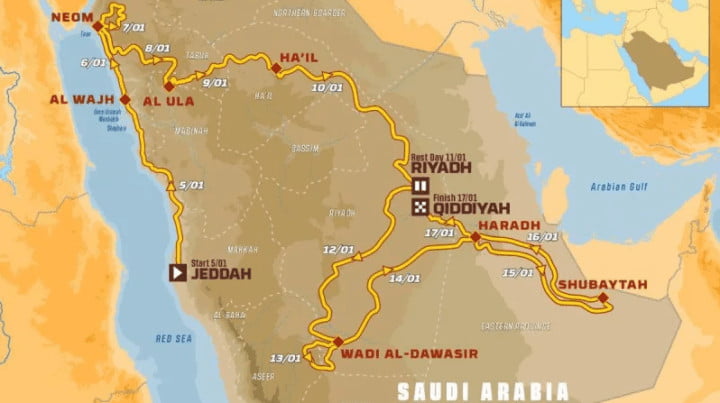 The scenery was gorgeous throughout the rally, and the bike racers complained a lot about navigation. That’s a good thing. Photo: Dakar

David Castera needs to keep up the good work

One thing was very notable this year: there was a lot of turnover in the top-10 riders on each stage. The super-fast guys from the days in South America weren’t as dominant. You could partly blame this on other factors, but a big part of it was no doubt the new rules against mapmen, and more challenging navigation. While some of the four-wheeled competitors said they found the route a bit easy, most of the riders were complaining about its difficulty in the early stages.

But here’s the thing: Overall, the constant jumble of new faces in the top 10 made things much more interesting this year, instead of seeing a bunch of factory jockeys riding madly off in all directions, following cheat sheets prepared by their crew. Guys like Ross Branch really benefited this year, and the lesser-funded elite riders (the Sherco factory team, Stefan Svitko) fared no worse. The only people it affected were the highest-paid racers, and frankly, this race benefited from a bit of a levelling-off.

In fact, despite all the nay-saying beforehand, there wasn’t really much silliness from the organization to complain about this year. The only possible exception was the shortened special in Stage 12, which pretty much ruled out any comeback from Pablo Quintanilla or Toby Price on the last day. If Castera can forge forward and avoid the perception of Parisian arrogance that’s typified the rally for years, the race will be the better for it.

The ASO needs to figure out American broadcasting

True, Robby Gordon stayed home this year, but otherwise, Americans had their strongest-ever year at Dakar, with three riders in the motorcycle top-10 standings. Too bad nobody back home will see it—it’s still almost impossible to find decent Dakar coverage in North America. NBC Sports carried a half-hour segment daily, but timing was a bit inconsistent. Although the real keeners can follow online, there are many more in Canada and the US who’d eat up the Dakar action if they were ever actually exposed to it, especially if the finer points of racing strategy were explained. The ASO needs to figure this out. 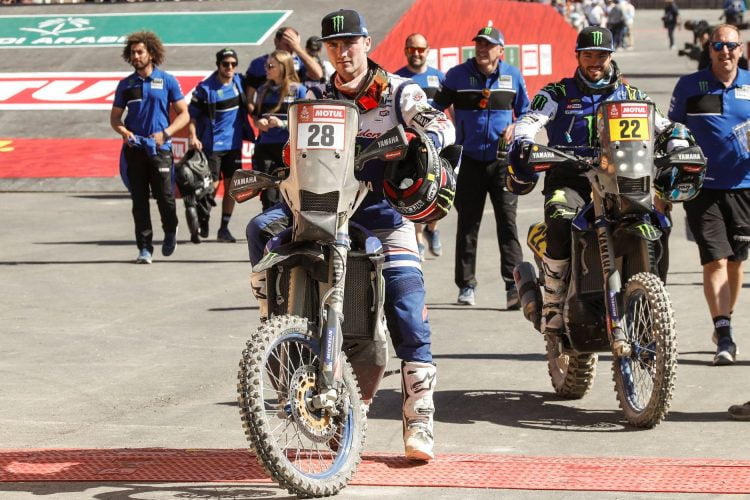 The Yamaha team needs to get better, and they could learn a lesson from Honda. Photo: Yamaha

Yamaha needs to pull a Honda

When Honda came to Dakar six years ago, it had a strong field of riders, but everything else needed work. The bosses horribly mis-managed the team, drawing a stupid refuelling penalty in 2017. The bikes themselves weren’t prepped properly, resulting in embarrassing breakdowns and even fiery self-immolations on more than one occasion. It was a train wreck, and yet the solution was obvious: Honda needed to pull a KTM.

KTM beat Honda for years because its factory bikes held together, and because the team had veteran ex-racers in management. Finally, after years of disaster, Honda figured it out, and this year’s success isn’t just because of Ricky Brabec’s smart riding. It’s because he and his teammates were on bikes that were better than before (still room for improvement, mind you), and because they were being managed by former racers who knew what they were doing.

Now, Yamaha’s historically been a strong Dakar team. Once upon a time, they seemed unbeatable, and even in the past 10 years, they pressured KTM and Honda hard. But not so much the past couple of years; a combination of mechanical failures and massive wrecks has kept Yamaha out of contention for a win.

The danger is that the Rally team follows the fate of the Yamaha MotoGP team: a string of riders and bikes that aren’t quite good enough to win. Eventually, the fans are going to get tired of it, and although the old “Win on Sunday, sell on Monday” trope isn’t true, do you want to be known as the brand that’s guaranteed to lose every Sunday? Or, the brand that lost so many times it stopped competing altogether? How’d that marketing ploy work out for Harley-Davidson?

The problem goes beyond just the rally team, of course; Yamaha’s motorcycle division seems to be in a bit of a funk these days, period. Let’s hope they figure it out before next year’s Dakar.

Although it’s a shame to see the “factory riders are the only ones with a chance to win” scenario strengthened, it would be great for Skyler Howes to get on a more competitive team. Photo: Klymciw/Facebook

Skyler Howes rode the Klymciw bike (a Husqvarna 450 Rally) to ninth overall in his first-ever Dakar finish. He showed lots of promise last year in Peru, too, but some bad luck (he injured his shoulder in a crash avoiding a spectator, and then injured it again) meant he had to go home. This year, he showed he’s the real deal.

Where would he fit in? As mentioned above, the Yamaha team might be able to use him, but he’s based in the US, and they’re based in Europe. Unless somebody quits, Honda doesn’t need any help right now, and KTM would most likely be interested in poaching one of Husqvarna’s riders first, if Team Orange had a vacancy (don’t be surprised if Toby Price leaves, and starts racing cars).

So what about this idea? Seeing as KTM’s already taken Laia Sanz and put her on the Gas Gas factory bike (really just a re-badged KTM), why not do the same for Skyler Howes? It’s an out-of-the-box idea, but a couple of years there would show if he’s a potential champion, or just a solid top-10 rider, and wouldn’t likely hurt the factory KTM or Husqvarna teams. 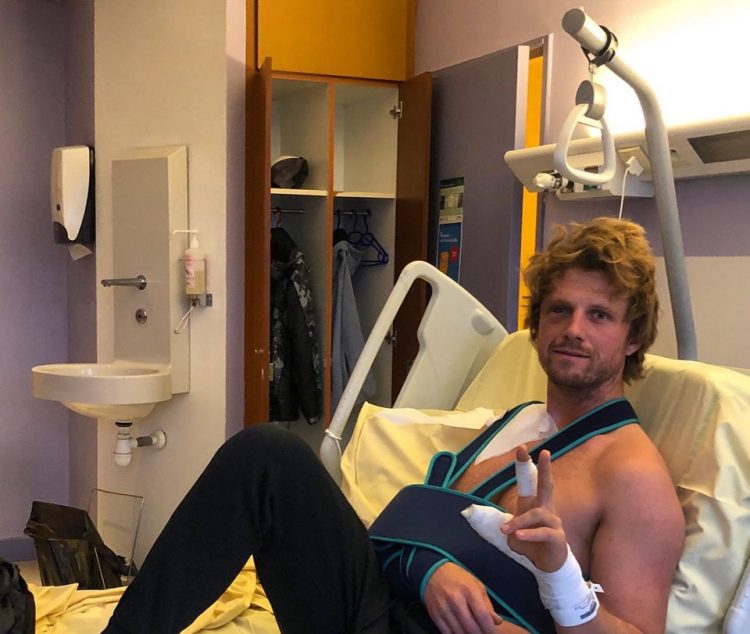 High-speed motorcycle racing is dangerous, and Paulo Goncalves’ death on Stage 7 might have been avoidable, with better gear, but it also might not have been.

But, the reality is, racers are crashing at even higher speeds in MotoGP, and suffering fewer ill consequences than Dakar riders like Adrien Van Beveren. Neck braces, at a minimum, could be the difference between losing another rider in the future, or simply writing off a bike. It’s also worth examining airbag gear, to see if it could be made to work in off-road racing. Alpinestars is working on that technology now, and probably Klim is doing the same, since it’s just introduced an airbag vest for the street.

No doubt there would be comfort issues, maybe even dehydration issues from an increase in safety equipment, but the ASO needs to seriously consider what its options are, and if there’s nothing available that works, then ask the gearmakers to get started on it.