On and off, I’ve been riding in South America for years now. To me and thousands of other motorcycle travelers, this continent has always been incredibly welcoming, safe, and spectacular. However, this year, several South American countries are experiencing civil unrest. 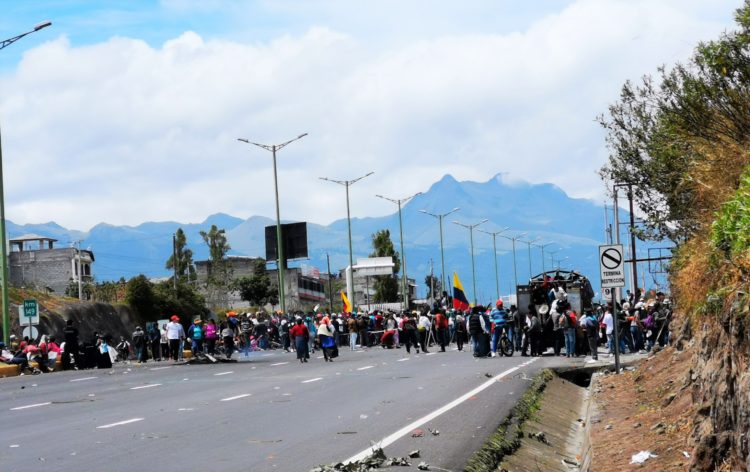 Protests have recently spiked in Ecuador followed by the president’s decision to lift Ecuador’s fuel subsidies and resulting in gas prices more than doubling overnight. For twelve days, Ecuador had declared a state of emergency as the nationwide strikes caused all major roads to be barricaded and blocked off, with the capital Quito becoming a center of unrest and protesters’ clashes with the police and military forces. In Chile, mass protests have flared up just last week, as Chileans flooded the streets and blocked roads protesting inequality, rising healthcare and education costs, and falling wages. Bolivia is seeing some unrest followed the presidential elections with Evo Morales taking office again; in Argentina, people are protesting the financial crisis, and there are rumblings of student protests in Bogota, Colombia.

What does all of this mean for adventure motorcyclists currently traveling South America?

The Causes of Protests

This year, Ecuadorians, Chileans, Bolivians, and Argentineans protested against their respective governments because of growing inequality, shady deals with the International Monetary Fund, financial crisis, elections fraud, diminished job security, and rising healthcare and education costs. While the reasons for mass protests differed slightly from country to country, essentially the people in South America were unhappy with their governments because of the same things – corruption, questionable transparency and democracy, rising costs of living, and international deals that looked good on paper but deeply affected the poorer populations. 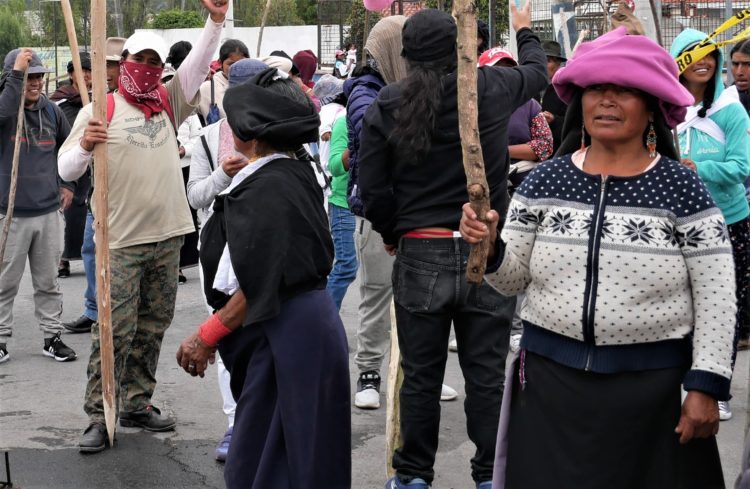 Rash government decisions affect the poor the most.

There’s no telling how these nationwide strikes will affect the future of South America, but right now, they seem to flare up and die down just as suddenly as they begin. As I’m typing this up, I’m Bogota, Colombia, plotting yet another motorcycle adventure, and I do not feel threatened or unsafe in any way.

The Scope of Unrest

I have been stuck in towns and regions affected by strikes in Peru and Bolivia in 2014, and now in Ecuador this year. While I’m no expert in politics or diplomacy, so far, what I’ve experienced is that these protests are typically not violent, and the people who are on strike do not care much about foreigners. I never felt targeted or singled out; when I was stuck amidst a gold miners’s strike in Puerto Maldonado, Peru, the people simply asked to respect their cause and not try to sneak out or bust through the barricades Mad Max-style. They remained friendly as long as travelers stayed put and waited for the strike to pass (in the case of Puerto Maldonado, it lasted four or five days). 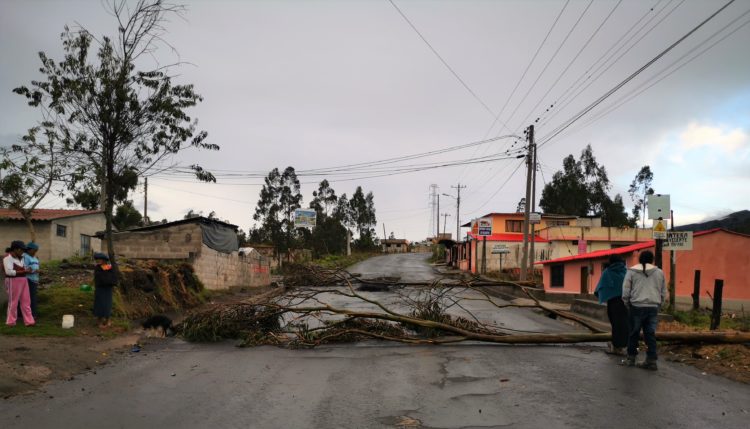 It was the same experience during the nationwide strike in Ecuador a few weeks ago. While leading a women’s motorcycle tour, I got stuck in a small Andean town of Cotacachi unable to leave due to the roads being blocked off by indigenous protesters. Both the Pan-American Highway and the smaller backroads leading out of town were barricaded, and there was nothing to it but to wait it out. As with the Peruvian protesters, Ecuadorians were friendly and even happy to talk – as long as we didn’t try to push our way through. We got delayed, but at the same time, we got to witness history being made, learned a lot about Ecuadorian culture, and made friends with the locals. 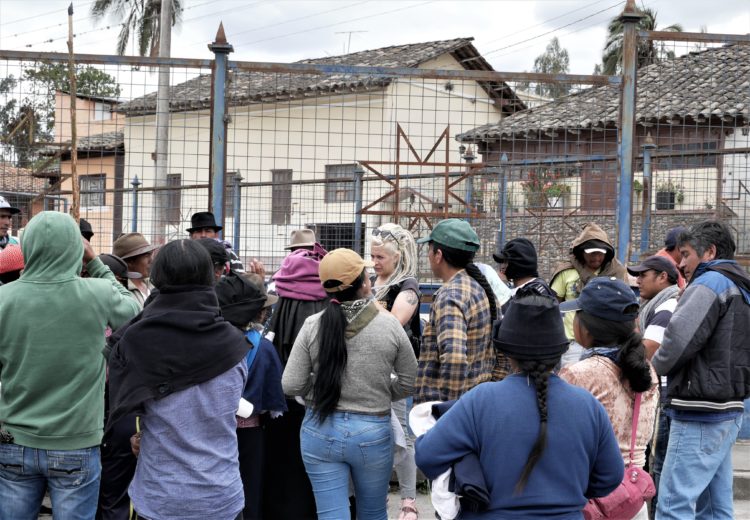 If the protests are regional, your chances of getting out are much better as you only need to get past a few roadblocks. However, if the protests are nationwide, you might get stuck for several days or even weeks as the whole country is affected.

If you find yourself amidst a storm of civil unrest in South America, here’s what you can do: 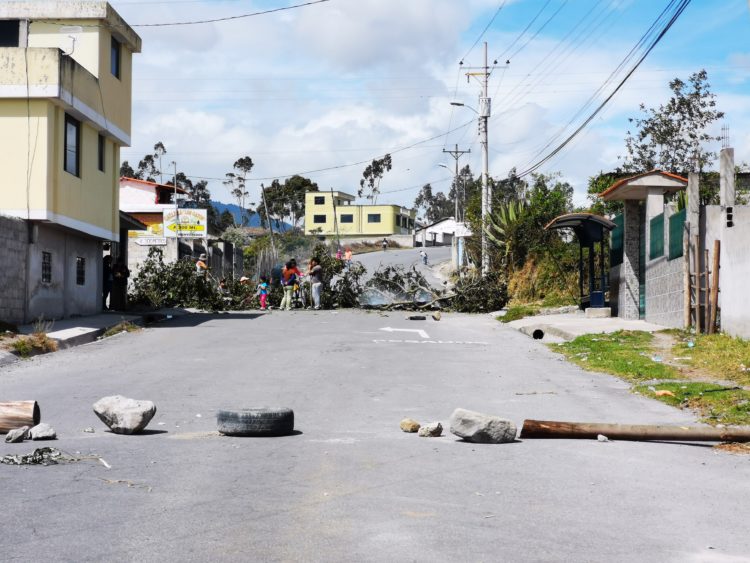 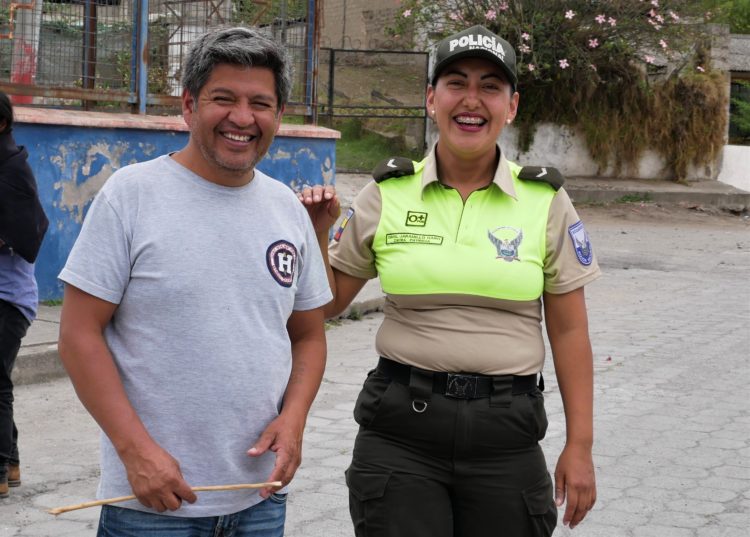 Local police is there to keep the peace. 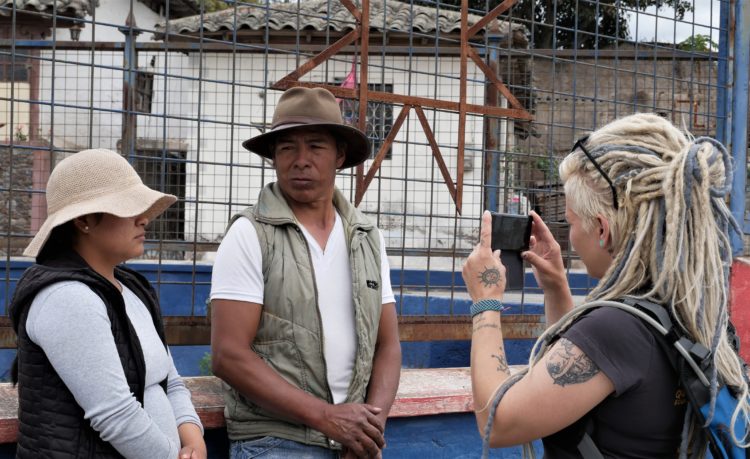 Talk to the community leaders and see if you can help get the word out.

So is South America safe to travel right now? Again, I’m no expert in international relations, but from my personal vantage point, I would say, yes. Before you enter each South American country, get online and talk to riders who are already there (online forums, and especially Facebook groups, are excellent sources of local information). Plan several different routes just in case, and see if you can re-route somewhere else if you get stuck. Although there was and is some civil unrest in South America right now, it’s still an amazing adventure motorcycling destination and the people here remain welcoming, friendly, and kind.