Watching MotoGP in the USA may have just gotten easier.  NBC Sports has just signed a multi-year media rights deal with Dorna.  NBC’s coverage of the sport should give MotoGP newfound exposure in the USA.

MotoGP has a worldwide fan base and 8.7 million Instagram followers.  Unfortunately, the sport has been largely ignored by broadcasters in the USA.  Now, NBC hopes to tap into this large fan base and will air the 20-race MotoGP premier class on a mixture of NBCSN and NBC. 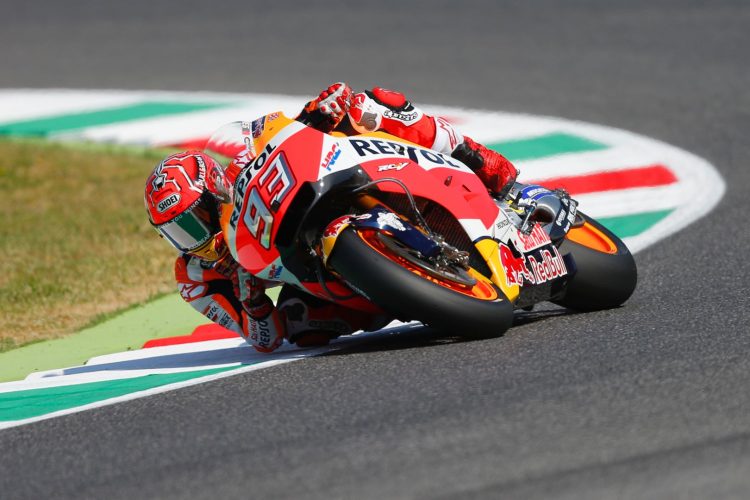 You won’t have to travel to Mugello to see Marquez work his magic courtesy of NBC. Photo credit: Ultimate Motorcycling

The network will also partner with MotoGP on an over the top (OTT) product (i.e. streaming) which includes coverage of both the Moto2 and Moto3 racing classes.  It will also host ancillary content like news conferences and special features.  Whether practice sessions will also receive coverage is not yet clear.

NBC is the home of a significant amount of motorsports in the USA and it has been chasing MotoGP broadcast rights for 3 years.  Jon Miller, NBC Sports’ President of Programming said:

“We like to think of ourselves as the home of motorsport … and MotoGP was one of the few missing pieces out there.  It’s a global sport, very young, very exciting, the folks at MotoGP have done an amazing job building it to where they’re currently at without the benefit of national exposure and marketing [in the U.S.].”

At the present time, there is no word on the deal’s value.  In addition, there’s no word on who will handle the USA broadcast’s commentary.

Stay tuned for more info as it becomes available.