Kim and I recently decided to ride from our home in Vermont to Nova Scotia, Canada.  We’ve been there many times, but its beauty continues to attract us and many others.  The ADVRider forum has at least 88 Epic Rides threads on the place since the beginning of 2019.

When we took off, Hurricane Dorian was brewing in the Bahamas.  Reports of its path varied widely and we thought that Dorian would ultimately move inland and die or spin out into the Atlantic and die there.

The impact of Hurricane Dorian

So as we made our way northeast, as we were traveling through New Brunswick the weather report changed.  Unfortunately, Dorian would pass almost directly through Nova Scotia.  Reports said we had a couple of days before Dorian would make it to Nova Scotia so we decided to stop early in Saint Andrews, New Brunswick.  There we’d spend a day at the ocean and then head home. 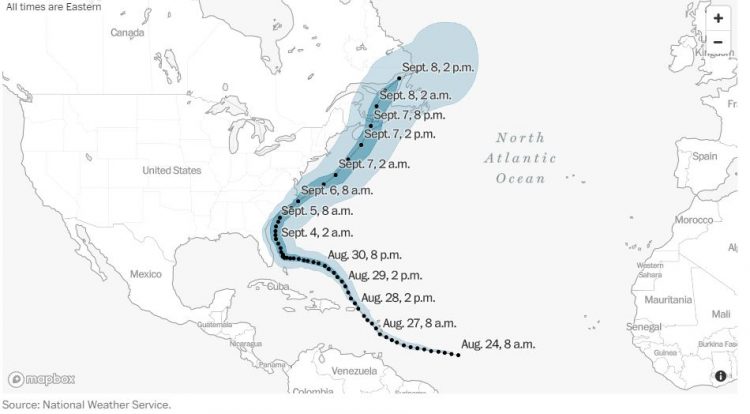 And that’s the genesis of this Oddities Uncovered.  We were looking for things to do or see during our short visit.  And luckily we were able to find several interesting things.

Just offshore from Saint Anthony is Minister’s Island and the summer “cottage” of Sir William Van Horne.  Van Horne was a brilliant engineer, businessman, and artist.  He was responsible for building the first Canadian transcontinental railway.   When completed, the railway was finished 6 years early and under budget.  This among his other endeavors made Van Horne a very wealthy man. 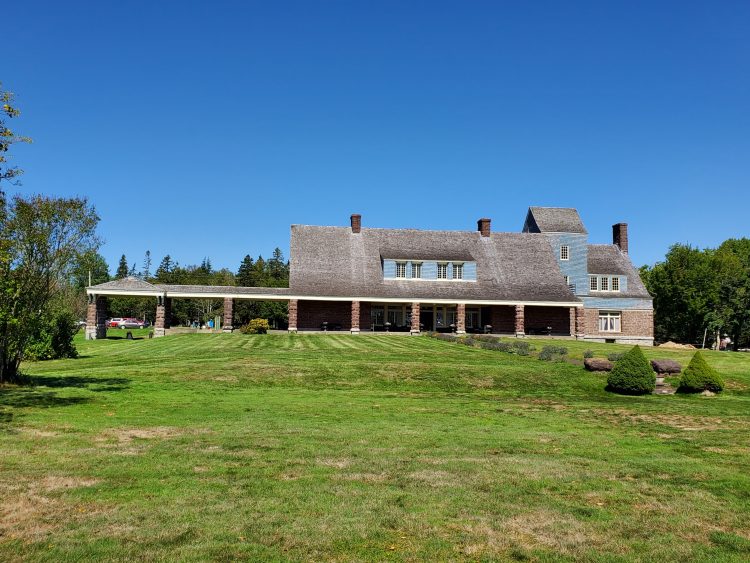 Van Horne called his “summer cottage” Covenhoven.  Covenhoven experienced several renovations and ultimately had 10,000 square feet of floor space.  When completed, it had 50 rooms, 26 of which were his family’s main living quarters.

The insides of the “cottage” are spectacular and it’s clear that Van Horne spared no expense in its construction.

Getting to Minister’s Island and Covenhoven

So how do you get to Minister’s Island and Covenhoven?  It’s on an island after all.  Do you have to take a boat?  The answer is not necessarily; courtesy of the Bay of Fundy tides and the moon. 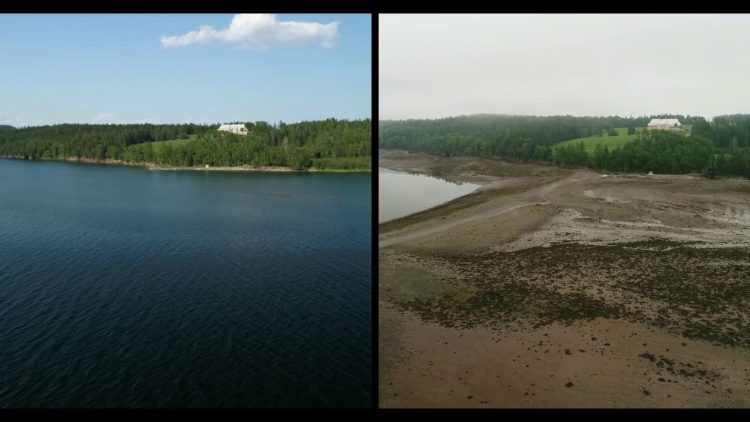 The Bay of Fundy has the world’s highest tides.  Each day, 160 billion tons of seawater flow in and out.  That’s more than the combined flow of the world’s freshwater rivers.  That being the case, you can imagine that the tide levels change quite drastically and quickly.

It’s those swiftly changing tides that will let you ride to Minister’s Island and Covenhoven across the seafloor.   But you will have to time it right to get on and off in time.

Once the tide goes out, a rocky firm portion of the seafloor is uncovered.  It’s not paved or prepared in any form.  But it’s hard enough that you can ride your motorcycle from the mainland to the island and vice versa.  There are spots that are softer than others and places with lots of loose small rocks.  You may also encounter salt water-filled potholes. 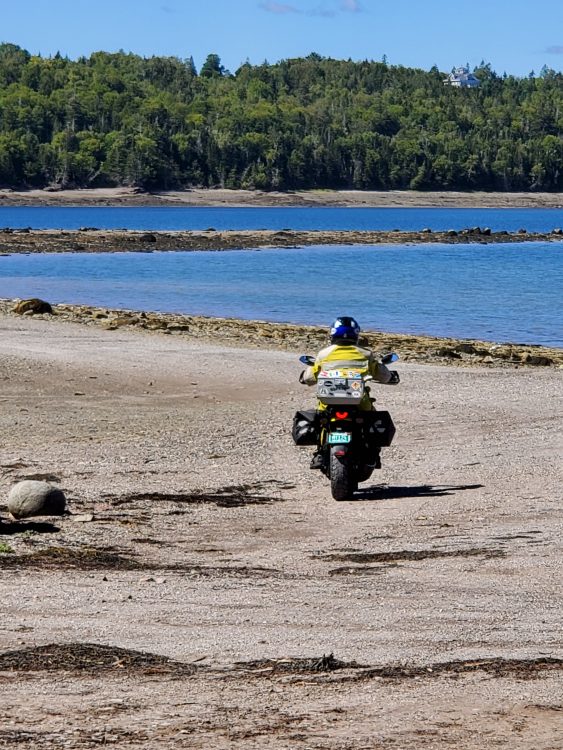 In any event, it’s not a difficult ride and its fun to think that in a few hours, the road you just rode across will be covered by seawater.   More than 3 meters of seawater according to some locals we spoke to.

You’ll need to pay attention to the time for your crossing.  Before long, the tide will again come in and make Ministers Island an island again.  Because the seafloor is covered by the tides quickly, you’ll have approximately 5 hours to arrive at and depart from Minister’s Island.  The times you can cross vary based upon high and low tide and the phase of the moon.

Once on the island, you’ll find Covenhoven as well Van Horne’s gigantic barn where he raised Clydesdale horses and Dutch Belted cattle.  You can also see his windmill as well as a spectacular bathhouse he built oceanside. 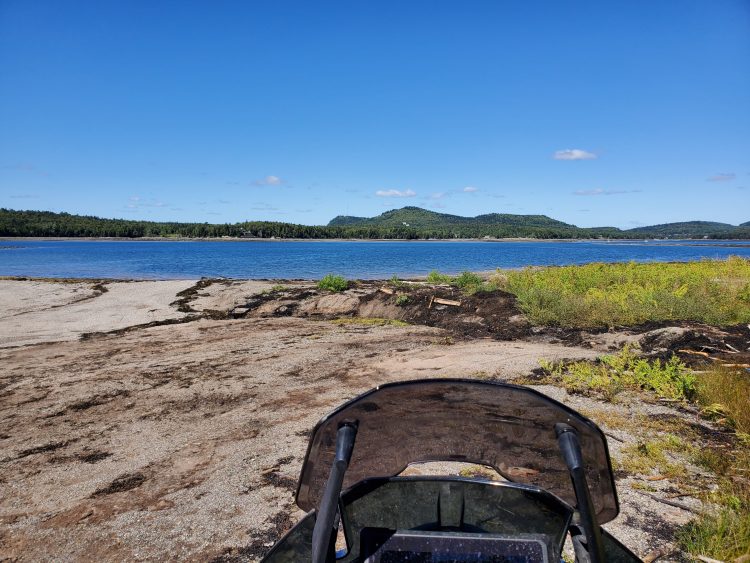 Getting ready to head back to the mainland on Bar Road. Note the seaweed. Photo credit: Mike Botan

Also on the island is the home of Reverand Samuel Adams.  The minister from which Minister’s Island got its name.

Kim and I spent about 3 1/2 hours on the island and were impressed with what we saw.  We learned quite a bit about Van Horne and his successes.  But most of all, we enjoyed the ride across the seafloor of the Bay of Fundy and the thought that the road on which we were riding would soon be covered by the sea.

If you are in the area, Minister’s Island and Covenhoven are well worth a visit.