You’ve seen them on airplanes for years.  You’ve seen them on MotoGP race bikes.  Now winglets may be coming to a Honda motorcycle.  Based upon a recent patent application, Honda’s CBR1000RR (Fireblade) may soon have active aero winglets. 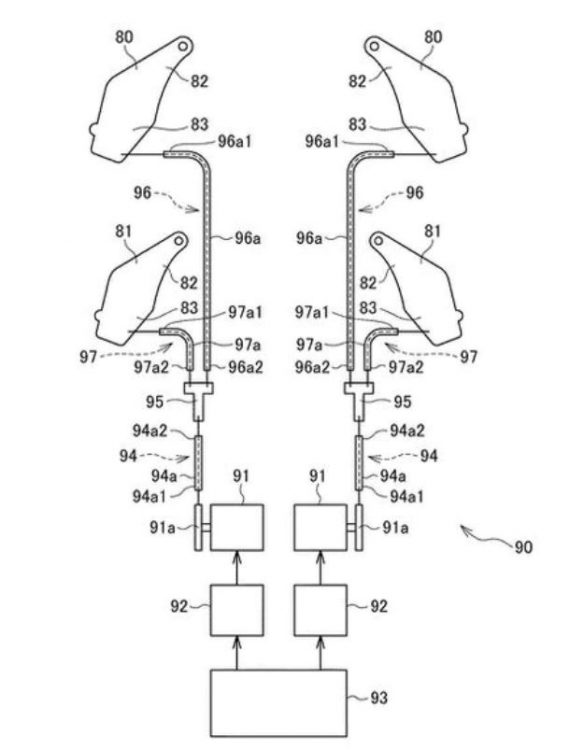 The four winglets will be controlled by individual servos. Image credit: Honda

Honda has filed patents for retractable winglets using images of what looks like a CBR1000RR.  Even more interesting, they deploy automatically when certain parameters are reached.  When high rates of speed are attained the winglets will extend.  As speed decreases the winglets will retract to reduce drag.  The patent application calls for a total of four winglets in stacks of two.  Each will be located on either side of the fairing.

This type of device is nothing new for exotic supercars.  But if they become a reality on the CBR1000RR, it will the first device of its kind on a motorcycle.  The winglets will be controlled by servo motors and cables and likely an ECU.

The patent application shows a very Honda RCV213V MotoGP silhouette.  But the drawings also show mirrors, turn signals and a license plate bracket.  So while the bike may have MotoGP like features, the drawings definitely show a street bike application.

Winglets aren’t the only things coming for the pictured bike.  If adopted, the machine will have a single central air intake on its nose.  This should allow the engine to breathe fresh air from the point of highest pressure to assist with a ram air effect. 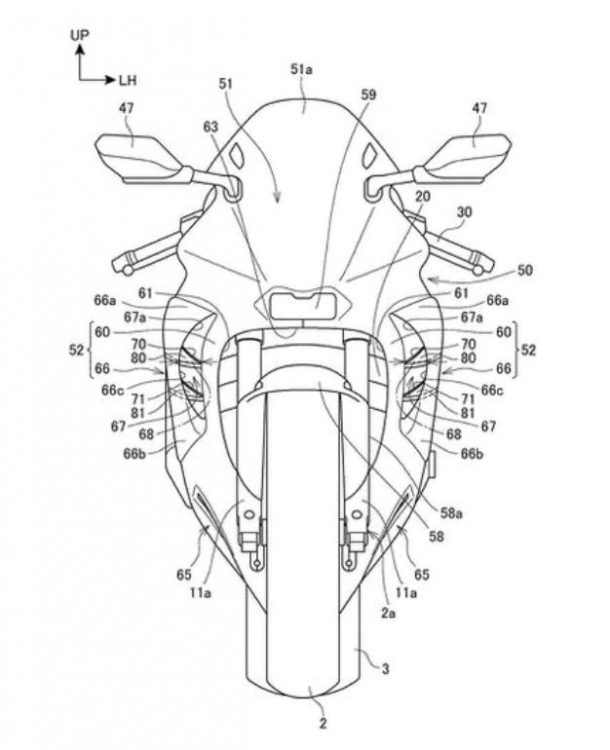 The bike’s headlight is located within the intake opening.  This should help keep the bike looking like a race track weapon.  The patent also says that the new CBR1000RR will come with an all-new inline-four engine.  Rumors say that the engine could have variable valve timing to increase horsepower. 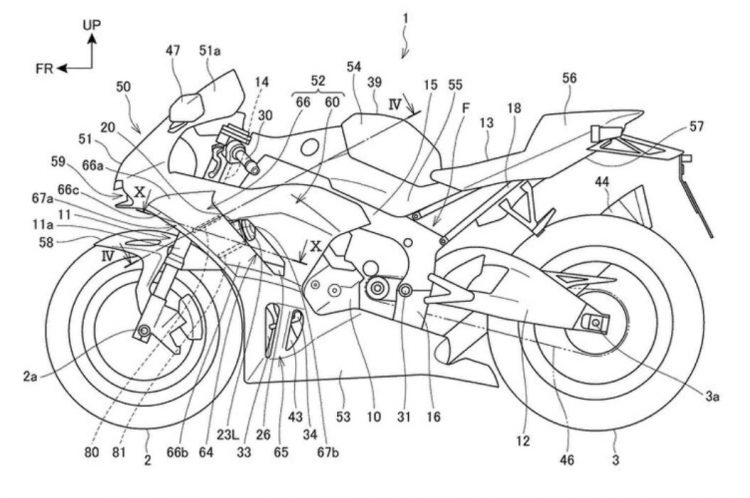 A side view of Honda’s latest machine with active aero. Image credit: Honda

Just because Honda has filed a patent application for the winglets, it does not mean that they will make an appearance soon.  Patent drawings may have been used for illustrative purposes only.  But if Honda can pull it off, Honda will be the first to the street with active aero.