Szeliga said that the practice may help alleviate traffic congestion.  A motorcyclist herself, she said:

“The initial reaction will say, ‘Woah, this seems dangerous,’ but once you see it done safely, it’s not dangerous.”

To ensure that lane sharing is done properly, Szeliga says that the bill requires the Maryland Motor Vehicle Administration and State Highway Administration to develop guidelines for safe and appropriate lane splitting. 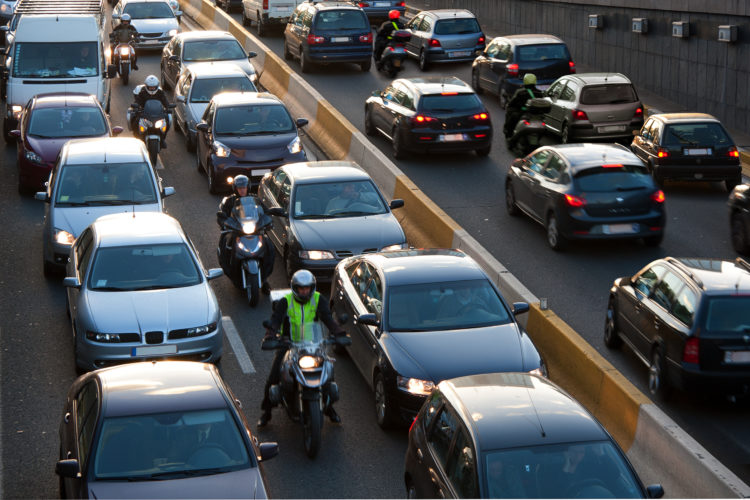 However, not everyone sees lane splitting in the same light as Delegate Szeliga.  The Public and Government Affairs Manager for the American Automobile Association Mid Atlantic region Ragina Cooper Averalla opposes the legislation saying:

“We, at AAA believe that this legislation would leave motorcycle riders and drivers vulnerable to unsafe operation on Maryland roads, as lane-splitting is dangerous to both motorcycle operators and vehicle operators and could result in side-swipe and turn-into-path collisions as drivers in moving traffic may not expect to be passed by an object traveling between lanes. Additionally, AAA research, conducted with the Automobile Club of Southern California’s Automotive Research Center, found that blind spot monitoring systems detected motorcycles on average 26% later than they detect full-size sedans. Passage of HB 917 would likely make it more difficult for motorists to detect motorcyclists, making it even more dangerous for all road users.”

So lane spitting is on the table in Maryland at least.  But the legislation has a tough row to hoe if the failed attempts in Arizona, Georgia, Hawaii, Oregon, and Texas are any indicator.

We’ll keep you updated as the bill evolves.