Finding places to ride seems to be getting more and more difficult. Off-road riders face land closures, limited access, angry neighbors, and a general dislike of off-road riding motorcyclists. Lands that were once open to motorcyclists have been closed as well. But in Arizona, this is changing.

So it’s really great news when you hear of new areas being opened to motorcyclists and other trail users. In this case, the new area is called the Red Springs Trail in the Tumacacori Mountains. The trail features 24.6 miles of trail south of the Green Valley in Arizona.

The new riding area is a reality due to a partnership between the U.S. Forest Service and the Trail Riders of Southern Arizona.

Planning the new trail was a partnership between the Trail Riders of Southern Arizona and the U.S. Forest Service. Photo credit: George Wysopal

“It’s on Forest Service land, and we had to do the environmental analysis, but they [the Trail Riders of Arizona] did a lot of the work and the heavy lifting,”

The Trail Riders of Arizona and the U.S. Forest Service started work in 2018. And, the trail was opened and dedicated on Wednesday, December 4th.

“We were there virtually every day. As a club, we were out there clearing brush, clearing rocks of the trail, working side-by-side with the Arizona Conservation Corps group that came out to help build part of this trail.” 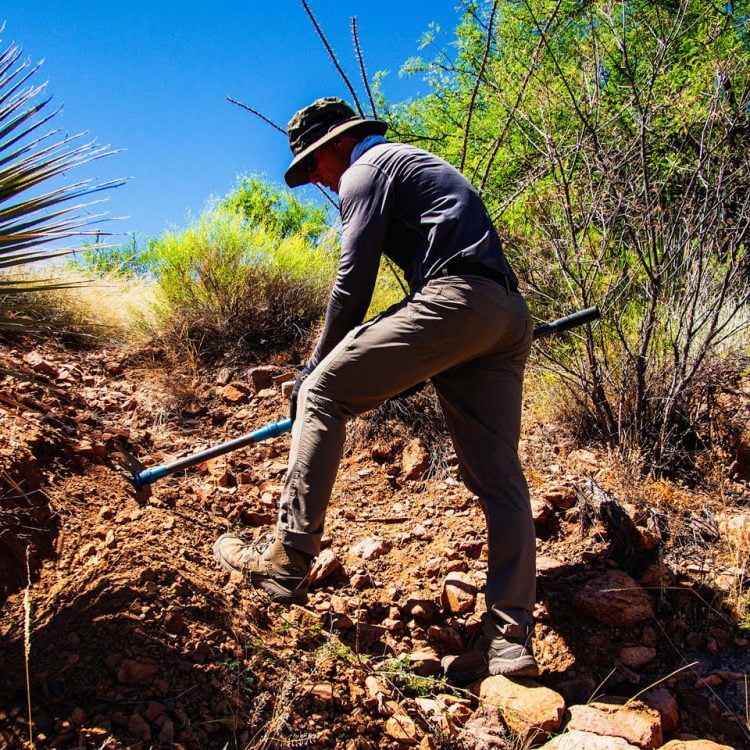 Getting a new trail built is no small feat. First, the group had to get to the point that the U.S. Forest Service would believe the Trail Riders’ commitment to the project. Wysopal said the non-profit group had to prove its legitimacy through other volunteer projects in the community.

The group was able to convince Coronado recreation staff officer John Titre, to take a chance on them. Titre started work on securing grant funding, and the U.S. Forest Service got a $274,000 grant. In addition, the group had to raise an additional $54,000 in volunteer matching funds. Ultimately, the group was able to receive the funds from the Arizona State Parks and Trails Off-Highway Vehicle Program.

“The trail was built conforming to a lot of the topography that’s already out there to reduce soil erosion and protect the natural resources,” she said. “It’s narrow in scope for two-wheeled motorcycles or mountain bikes, horses or hikers.”

The new riding area is in open desert and grassland.  But the path is narrow and therefore not recommended for ATVs. 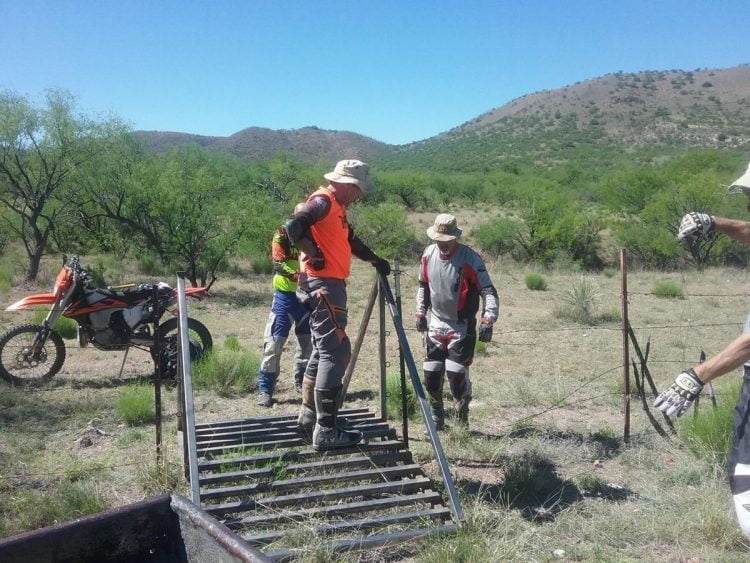 Mike Cook, left, and Tim McGuire install a metal barrier during the construction of the Red Springs Trail in the Tumacacori Mountains. Photo credit: George Wysopal

Schewel says the U.S. Forest Service doesn’t expect a lot of conflicts between motorized and non-motorized users on the trail, but trail activities are being monitored.

That monitoring is going to be done primarily by the Trail Riders of Southern Arizona, they’re taking that on. And then we’ll have our law enforcement people that are patrolling as part of their regular duties.”

Arizona Trail Riders President Wysopal said that the group regularly riders the trail and hasn’t had any significant problems with trail misuse. His group continues to engage the public about staying on the trail and not riding in the open desert.

Although there have been a few instances of riding off-trail, Wysopal doesn’t see it becoming an issue. He says that the rough terrain and remote location act as a natural deterrent. The U.S. Forest Service says that the critical concern is for the trail users to show each other common courtesy to avoid conflicts.

Wysopal added that users need to maintain basic trail etiquette.  The trail is a mixed-use area. That means it is open to everyone, including non-motorized users. 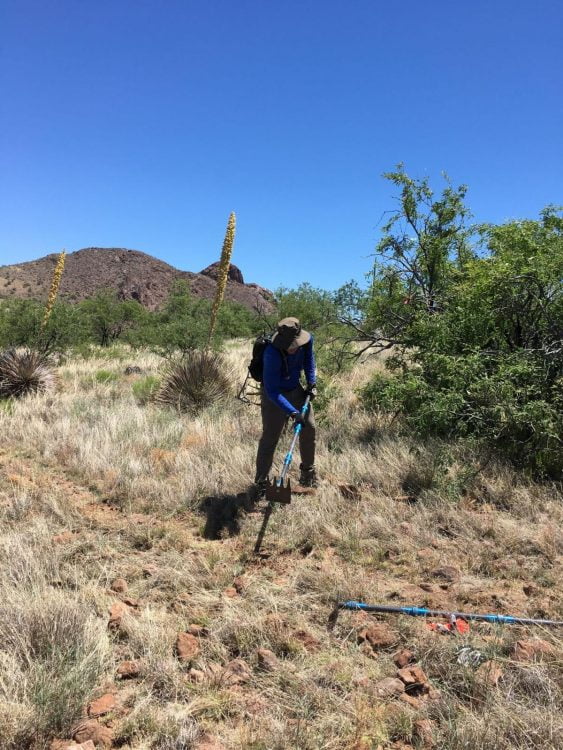 Getting to the Red Springs Trail

Since the area is in the desert, it’s a bit remote. To visit the Red Springs Trail, follow these directions: 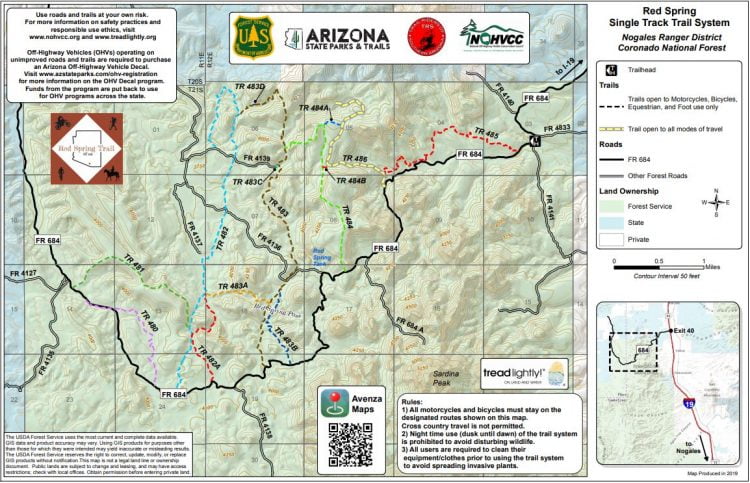 Many thanks to the Trail Riders of Arizona. Without their commitment and time, this new riding area would not be available. If you are in the area and plan to ride the trail, give them a shout out. Perhaps it’s time for all of us to join a riding group and help build and maintain riding trails? Look at what they have accomplished.