Man and machine have pushed each other’s limits for years. Just to keep up the competition, a few weeks ago another world record was broken; this time for riding a motorcycle on water.

Luca Colombo, an Italian Honda rider, broke the old speed record held by the Australian Robbie Maddison, with his new outstanding 104 km/h run on the waters of Lake Como. 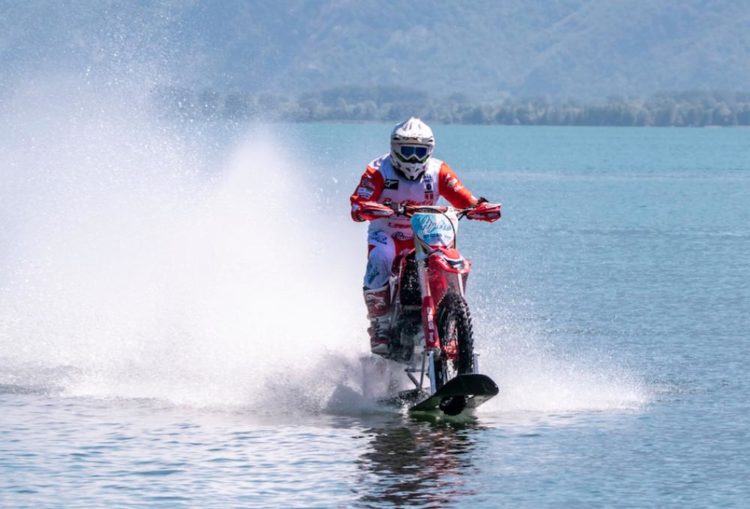 The Red Moto team and Colombo himself spent months preparing the motorcycle, which reached a total weight of 204kg with all the water props, to be able to break the record. The bike had to maintain a velocity of at least 55km/h to guarantee flotation.

Colombo rode from Gravedona to Dongo beach, a distance of 1.9km, which he covered in only 2 minutes and 43 seconds. 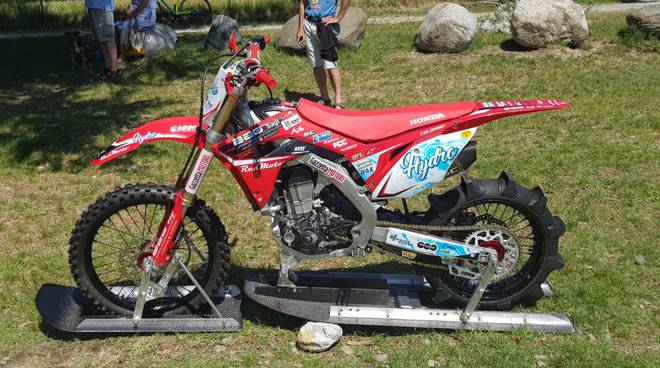 The previous record (93.3km/h) was held by the incredible Robbie Maddison, who also managed to catch a big wave in Tahiti with his Red Bull modified KTM.