New York City Councilman Justin Brannan recently tweeted: “Now that the streets are empty, the Fast & Furious wannabes really think they’re living in a video game.  He goes on to say that “The sounds of cars and motorcycles racing on the Belt Parkway in #BayRidge have become a scary lullaby.”

And he may be right.

Yep. Now that the streets are empty, the Fast & Furious wannabes really think they're living in a video game.

The sounds of cars and motorcycles racing on the Belt Parkway in #BayRidge have become a scary lullaby. https://t.co/HgcNWUfwtM

In addition, according to the New York Times, the empty streets have also brought out motorcycle “gangs” and “stunt-ers” on dirtbikes and all terrain vehicles (ATVs).  The Times says people have openly drag raced on major commuting arteries including Sixth Avenue and the West Side Highway.  To prove it, those people have racked up thousands of speeding tickets they may not even know about.

Even with the reduced number of vehicles on the road, NYC’s automated speed cameras are recording almost twice as many speeding tickets daily. For example, according to city data, on March 24, speed cameras recorded 24,765 speeding tickets.  This amount is nearly double the 12,672 tickets issued daily a month earlier.  That’s a dramatic change.  Because at that time, the COVID-19 pandemic had not significantly reduced the number of vehicles on the city’s roads.

Rush hour traffic speeds have also risen precipitously.  According to INRIX, a transportation analytics company, the average speed from 4:00 PM to 7:00 PM increased 85 percent in Brooklyn to 46 miles per hour (MPH).  In Queens, it rose 84 percent to 49 MPH, and in the Bronx, 58 percent to 45 MPH.

With the increased speeds have come an increasing number of high-speed crashes.  Although the total number of crashes has decreased along with the reduced amount of traffic, three more people have been killed in motor vehicles compared to the same period last year. 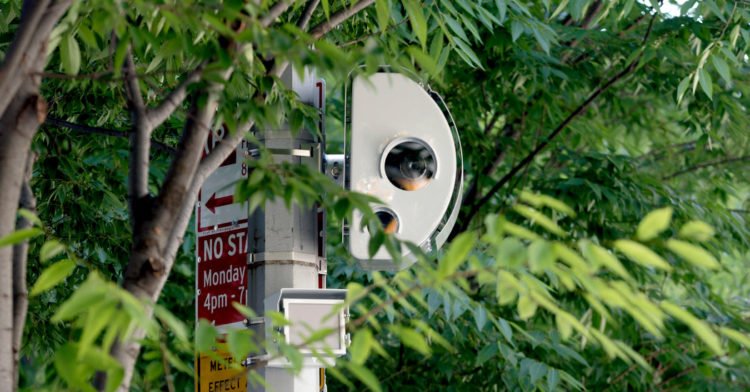 But police say that it may not be as bad as it seems.  They pointed to the recent decline in traffic crashes and overall fatalities (including bicyclists and pedestrians).  They also point out that just 1.3 percent of the more than 2.3 million drivers recorded by the city’s automated speed cameras are more than 10 MPH over the limit.”

Whatever the case, it’s clear that speeds are up in NYC.