Norton has released artist renderings of it its proposed new Norton 650 Atlas Scrambler.  Looking to pay tribute to the company’s 60s era Scrambler machines, the bike has been confirmed by Norton CEO Stuart Gardner.  Gardner said that the it will make an appearance at November’s NEC show in Birmingham, England.  UK deliveries are scheduled to start early next year with deliveries outside of the UK starting later.

“We’re right at the end of the design phase, about to start the tooling and should see the first engines in the next couple of months.  This picture (above) is based around the fully engineered CAD, so the geometry is right, the frame is right, the balance is right, everything is now spot on.  I’ve tried to make it a little bit edgier, so that it sits naturally between our 961 Commando and the V4. It’s not a retro scrambler like, say, BMW and Triumph are doing. I didn’t want to create a retro bike. Instead the closest other bike out there is probably the Ducati Scrambler Desert Sled but this a more premium, more powerful motorcycle.  This ‘high’, off-road-style version has more premium parts such as twin Brembo M50 monoblocs while the more road- focused ‘low’ version is expected to cost less than £10,000 (approximately $13,000).   It was always planned to be a sub-£10k motorcycle. And that is still the plan. If we want to grow our volumes we have to be at that price point. It’s a game-changer for us.”

The new machine with be powered by a 650cc parallel twin engine.  Power is believed to be in a range between 70 to 90 HP.  Suspension duties will be handled by a monoshock at the rear and upside down forks at the front.  The drawings also show a high mounted front fender and a high rise single side exhaust.  A bash plate and knobby tires are fitted perhaps denoting some off road potential. ABS will be standard. 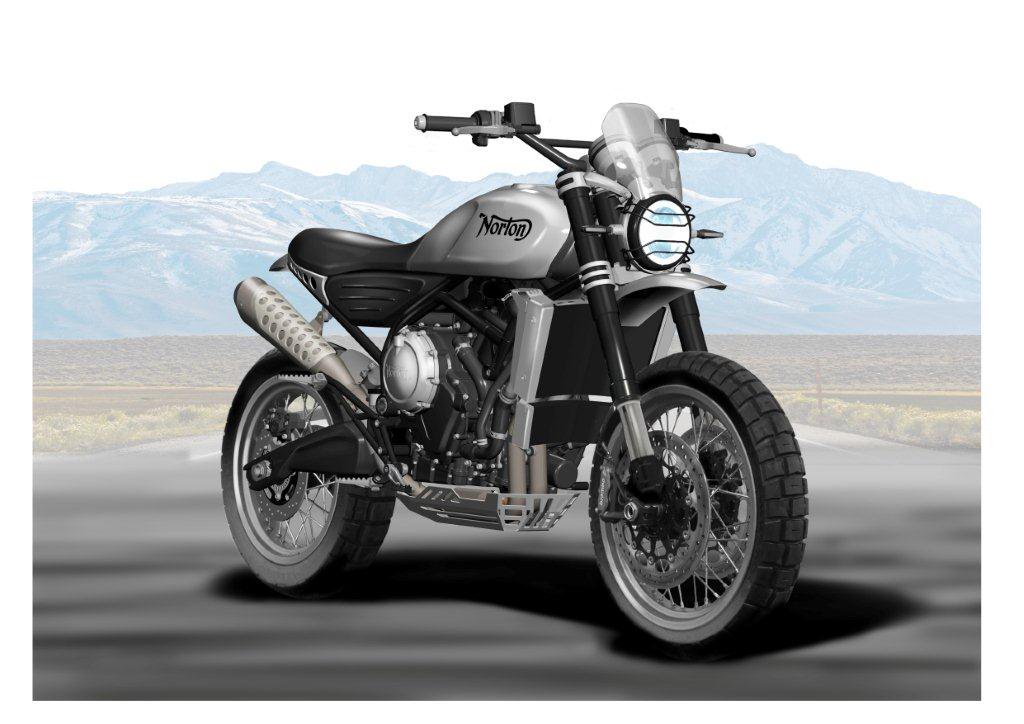 Right side profile view of the new Norton Atlas 650. 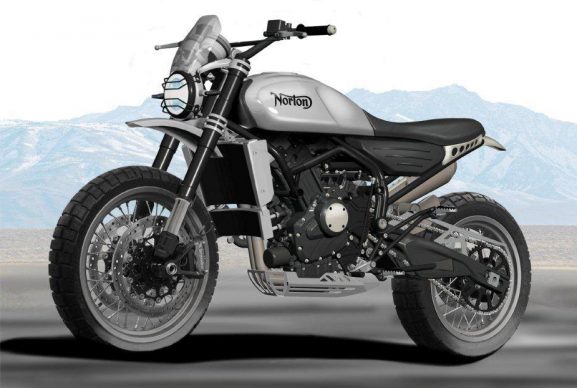 Left side profile view of the new Norton Atlas 650

The Atlas is being produced in conjunction with joint venture partner Kinetic Group.  Assembly will start at Kinetic MotoRoyale’s factory in Ahmednagar, Maharashtra, India late in 2018.