Norton factory racer John McGuinness has taken to Twitter to voice his frustration with Norton Motorcycles CEO Stuart Garner.  In a recent tweet, the multiple TT winner said that he is unable to get in contact with Garner.

Struggling to get hold of Stuart Garner from @nortonceo if anybody has seen him, tell him to give me a shout.

As a 23 time Isle Of Man race winner, one could reasonably assume that McGuinness has some leverage with Norton.  But according to this tweet and Visordown, McGuinness’s phone appears to have been silent.  That’s not good considering that Visordown says that McGuinness is chasing down unpaid salary. 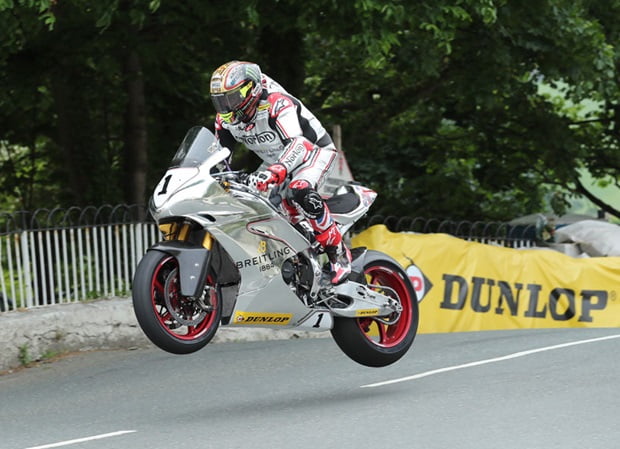 McGuinness at the 2019 Isle of Man TT. Photo credit: Iomtt.com

Apparently, McGuinness thinks that the silence from Norton’s CEO is enough.  He has now signed with Quattro Plant Kawasaki for 2020.

The future is also uncertain for TT rider Peter Hickman’s involvement with Norton.  Hickman has said that he will race in the Lightweight TT class on a Norton machine prepared by the Smiths Racing team.

But if Norton hasn’t yet paid McGuinness for last year’s TT, would Smiths or Hickman be willing to ride for the marque?  It’s too soon to tell. 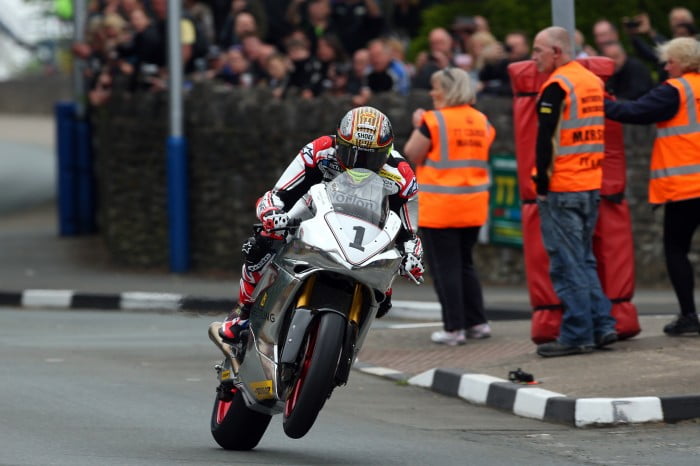 McGuinness hard on the throttle at the Isle of Man. Photo credit: Bikesportnews

As we have written previously, Norton appears to be struggling financially.  Unpaid taxes, audit firm questions, late financial filings all seem to point towards a negative outlook for Norton.

That’s too bad considering the firm looks to have been developing some pretty exciting machines.  We’ll keep you in the loop as more information becomes available.