Oh my, what a mess!  We’ve been telling you about Norton Motorcycle’s financial troubles since May 2019.  Unfortunately, our concerns came to life when Norton entered into administration (similar to bankruptcy in the US) in January 2020.  And now, it has been revealed that Indian moto manufacturer TVS has purchased Norton.

So what happened and who stands to win and lose in the deal?  Here’s a breakdown of Norton’s demise issued by Norton’s administrator, BDO.

Norton Motorcycle’s administrators BDO issued a report on Norton’s financial standing, and the news is not good.  Not good at all.  BDO’s report, posted to Companies House (the UK’s version of a Secretary of State’s office), tells a horror story of debt, incomplete or incorrect books of accounting, allegedly stripped bikes, and likely out of luck creditors.

So what’s the outlook for most creditors?  Horrendous.  Even Norton’s only secured creditor, Metro Bank, may not see 100 percent of its loaned money returned.  As of the date of BDO’s report, Metro Bank is owed £4.04 million by Norton Motorcycles UK, Ltd. (not including interest and charges) and £3.07 million from Donington Hall Estates Ltd (not including interest and costs).  According to BDO’s report, that means Norton or its divisions owe its secured creditor Metro something around £7.11 million.  And it gets worse from here.

There are a couple more creditor classes, and they are like by and large screwed.  If they get some of their money back, it will be a significant achievement for the administrators, BDO.  The second class of creditors is the Preferential Creditors.  And while it may seem that the term “preferential” might have excellent standing, they really don’t.  They’re just the next in line if there’s any money left after paying the secured creditors.

Typically, preferential creditors are those creditors who are workers and staff of the company in administration.  Persons in this class mare eligible to claim for wages and arrears capped at £800.  Not that much if you are owed more than a few day’s wages.

The Norton Superlight SS is the company’s premier model. Unfortunately, it may never make it to production.

When Norton entered administration, it had 64 employees.  Since that time, six people have resigned, leaving 58 eligible for preferential creditor treatment.  If you multiply the number of people by the capped recovery limit, Norton’s liability is capped at £46,400.   So now Norton faces creditor liabilities of £7,156,000.

BDO is quite clear about Norton’s books and accounting records.  In several places in the report, it says that the books and records may contain omissions and factual inaccuracies.  So the amount owed to unsecured creditors could be £7.195 million or more. 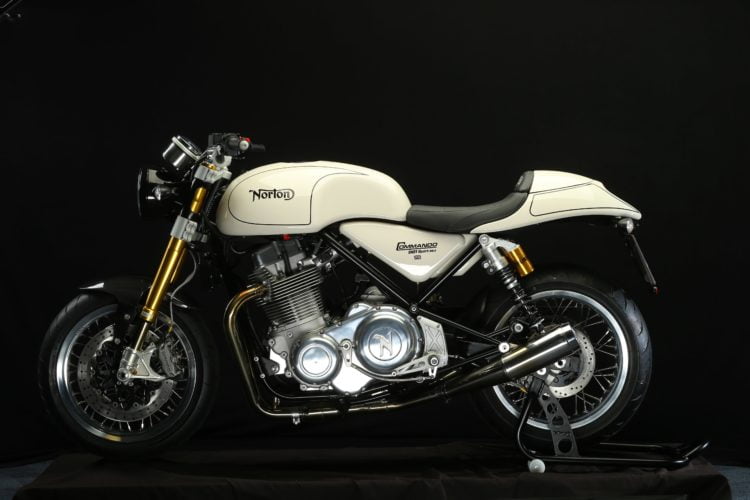 So let’s talk about how Norton’s administration affects its current customers.  If we use the £7.195 million figure claimed by unsecured creditors, we find that £3.3 million of that amount was paid by a group of people that placed deposits on Norton products.

Four hundred sixty-six souls plunked down their hard-earned money on Norton machines.  If we divide £3.3 million by those 466 people, we are left with an average loss of £7,081 per person.  Can you imagine £7K vanishing from your bank account with nothing in return?  That’s the tragedy of Norton’s administration for its unsecured customers.

The BDO report specifically cites these people and breaks the bad news.

“These monies were not ring-fenced in a separate bank account and therefore no funds are available to return to impacted customers from this source.”  BDO – Joint administrators proposal dated 23 March 2020

This essentially means that the deposits are not held in escrow, and the people who placed deposits are pretty much out of luck.  They will likely not get anything.

So if we add up all the above liabilities that Norton may have you come to about £14.352 million in liabilities. That’s not much considering there is only about £22,600 in cash in Norton’s bank account.  Add in a few leftover motorcycle parts, and partial bikes, there’s not much left for creditors to grab onto.

So does Norton owe anyone else money?  Yes, they do.  The last group of creditors is the company’s shareholders.  And while you might think these shareholders are gambling in the market and can afford to lose their money, you’d be wrong.

The highly anticipated Norton Atlas Nomad could have been one of Norton’s big sellers. Photo credit: Norton

It’s being reported that approximately 228 pension funds have shares in Norton.  And, those funds reportedly have about £14 million invested in Norton.  When all is said and done, these pension funds will likely get nothing from the administration.  And that means that a lot of people’s pension money will go up in smoke.

Currently, the British Government is investigating whether any criminal offenses took place in the marketing and receiving of these funds.  Details on what the investigation has or has not found are quite sparse.  We’ll have to wait for more information to draw any conclusions.

So all tolled, Norton has outstanding debts of £28.352 million.  And it’s whatever is leftover from Norton’s assets that will be used to pay back its creditors.

Norton does have some Debtors who owe the company money.  But the outstanding amount due is far less than the company’s liabilities.

Sad for more than motorcyclists

Norton’s entering into administration is a terrible thing for so many people.  Workers are out of jobs.  Customers lost their deposits, and some have lost their bikes.  Pension fund holder’s retirement funds have taken a hit.  As a result, the pension holder’s retirement accounts will be lower than anticipated.   This could potentially result in a smaller monthly check for the retirees who have shares in Norton.

We have to give a tip of the hat to UK’s Superbike Magazine for their extensive and detailed coverage of the Norton fiasco.  If you would like to read more about Norton’s administration, you go to their website and check out the following stories:

Here’s to hoping that BDO can come up with at least enough money from Norton’s assets and intellectual property to pay back some of the money for all involved.  And in the best-case scenario, find someone financially solvent to bring the Norton brand back once and for all.