Norton has revealed its long-awaited Atlas 650 model and surprised everyone with not one, but two variants of the Atlas. The new model will be available in both Nomad and Ranger versions with the Nomad being the more road going version, while the Ranger has better off-road credentials.

Because Norton took its time in developing the new Atlases, some thought that the new machines were just an afterthought. But it turns out that the Atlas was conceived at the same time as Norton’s V-4RR superbike. It just took two additional years to arrive at the new Atlas’ final production version. 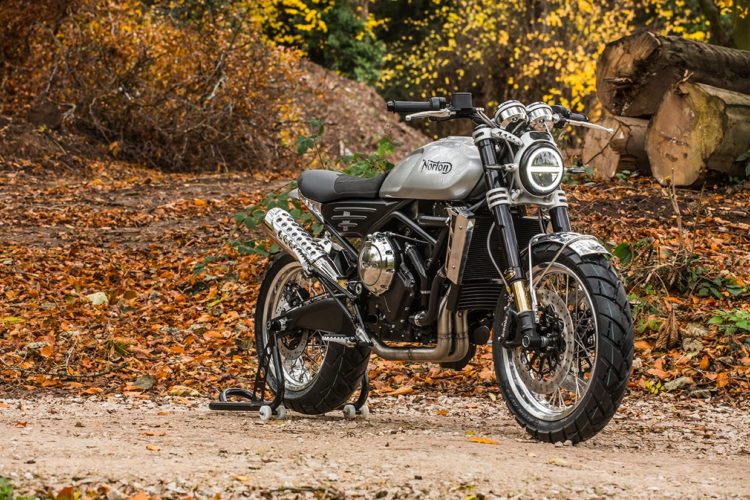 Since its revival by CEO Stuart Garner, Norton has been premium boutique low volume models. But with the release of the Atlas, Norton seems set to change that with lower pricing and higher volumes. The Nomad is be priced about £9,995 (~$13,000) and the Ranger is priced at £11,995 (~$15,600). 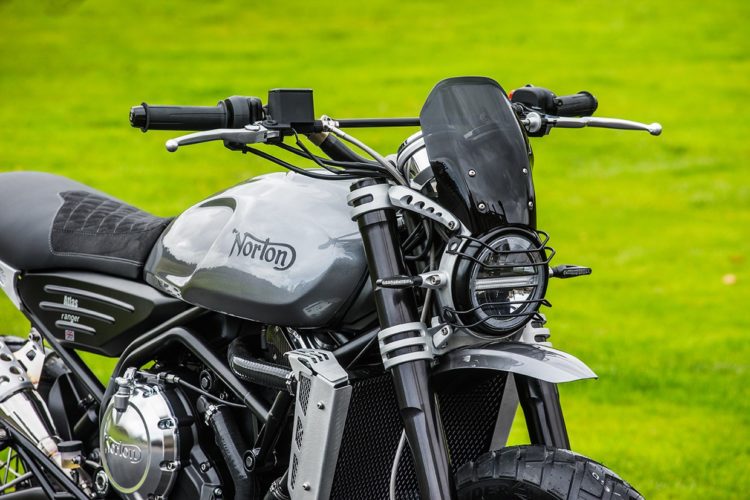 The Atlas Ranger sports a high front fender and a small windscreen. 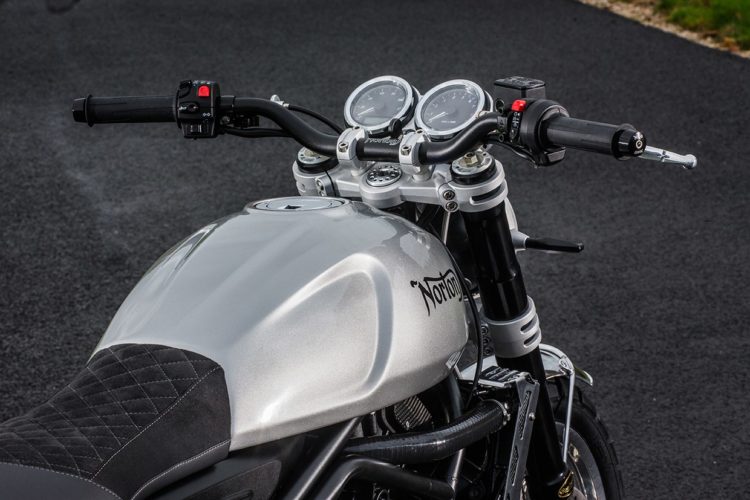 Both front and rear use Brembo components. The front uses two 320 mm discs clamped by Brembo 4 piston calipers. Stopping power at the rear consists of a single 245 mm disc with a Brembo twin piston caliper. 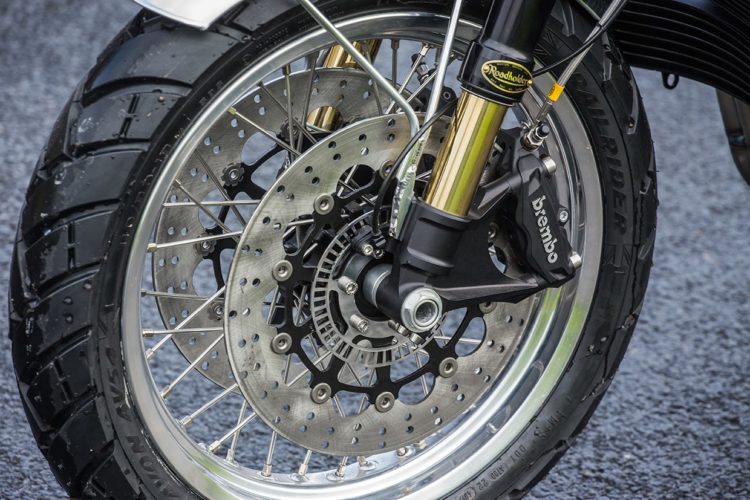 Norton’s own suspension and Brembo handle the front end.

Norton claims a dry weight of 178 kg (392 pounds). Add fuel, oil, and coolant and you are likely looking at a bike weighing 430 pounds wet.

The Atlas’ rotationally molded composite tank holds 15 liters (~4 gallons) but without a fuel efficiency rating from Norton, its range cannot be determined.

Lighting is all LED and information is displayed by an analog instrument panel. 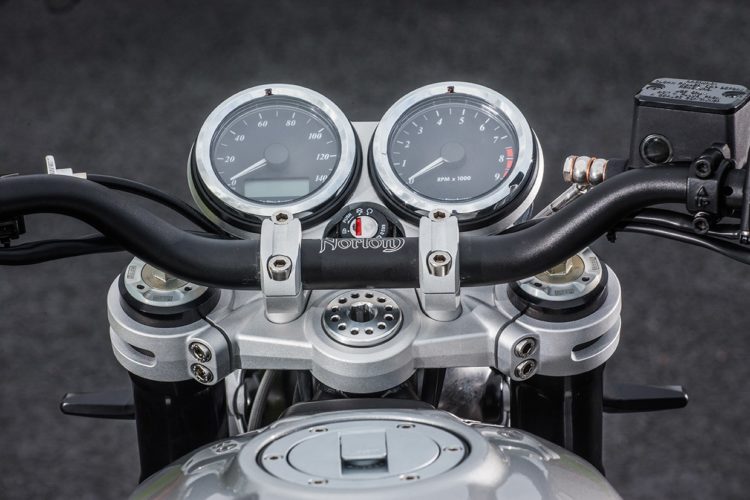 Analog instrument cluster graces the front of the Norton Atlas

Although production quantities will be boosted for the Atlas, it won’t be produced in the quantities manufactured by the Japanese manufacturers. At the upcoming NEC  show (Motorcycle Live), only 250 units will be available for placing a deposit. Norton says UK deliveries will start in May, 2019, with European bikes released later in 2019. There is no word on availability for the rest of the world.