There’s apparently a new CEO at Norton Motorcycles.  This following TVS’s recently completed acquisition of the iconic British brand.  In a £16M, deal TVS has already made a couple of very interesting moves.

First, TVS says that it intends to keep Norton manufacturing in Britain.  According to Indian outlet carandbike, none other than TVS Joint Managing Director Sudarshan Venu said that Norton will remain in the UK.

“Norton will continue to retain its distinctive identity with dedicated and specific business plans. TVS Motor will work closely with customers and employees in building the success and pre-eminence of the Norton Motorcycles brand and we look forward to growing together globally in the years to come.”

No changes at Norton

TVS also says that it does not plan to make any changes to the current design and assembly team.  It also says production will remain in Britain.

However, the manufacturing Norton facility will move out of Donnington Hall to an undisclosed nearby address.  Ultimately, TVS says that it intends to re-establish Norton as a premium global brand. 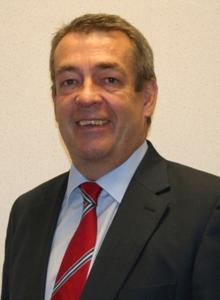 It is interesting to note that Russell is named as “Interim CEO”.  Whether he will continue in this role for more than the immediate future is not yet known.

As India’s 3rd largest moto manufacturer here’s to hoping that TVS is able to resurrect and build Norton to its former glory.