The National Transportation Safety Board (NTSB) has released a short preliminary report on the New Hampshire crash that left 7 motorcyclists dead and injured three more.  Unfortunately, the report did not provide much in the line of new details.

The NTSB’s brief two-page report said that they are continuing to gather information about the driver of the truck and his license.  The NTSB was quoted as saying:

“All aspects of the Randolph, New Hampshire, crash remain under investigation as the NTSB focuses on determining the probable cause, with the intent of issuing safety recommendations to prevent similar crashes”.

Police identified the driver of the vehicle that struck the motorcyclists as Volodymyr Zhukovskyy. The crash sparked nationwide controversy when it was revealed that Zhukovskyy’s driving record is less than stellar.  Records show Zhukovskyy should not have had a valid drivers license at the time of the crash.

The Massachusetts man has a long record of driving infractions and arrests.  Massachusetts Registry Of Motor Vehicles (RMV) records show Zhukovskyy had his license suspended from June 2013 through December 2016 as a result of a drunken-driving charge.

In addition, RMV records show Zhukovskyy incurred a “youth alcohol program suspension”.  This violation resulted in his licenses being under suspension until May 2017.

In February 2019, police once again arrested Zuhkovskyy.  This time in a Texas Denny’s restaurant.  The arrest came when police were called to a Denny’s restaurant for an intoxicated person.  Police allegedly found Zhukovskyy under the influence of drugs and in possession of a crack pipe.

Still, Zhukovskyy had a valid Massachusetts license.  Then in May 2019, Zukovskyy was arrested on a drunken-driving charge in Connecticut.  Connecticut duly notified the Massachusetts RMV of the arrest twice. 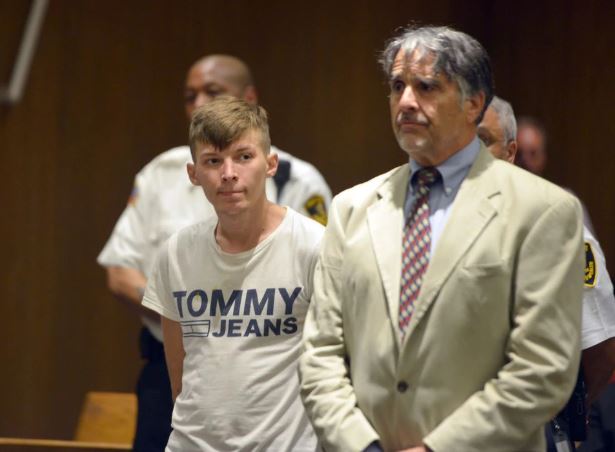 The RMV’s failure has prompted a full internal review.  Initial findings show that the RMV had failed to process thousands of out of state violation notices for over a year.  Some of these notices included arrests for drunken driving.

Now, Massachusetts Attorney General Maura Healey has announced that her office has opened an investigation into the company that hired Zhukovskyy.  Westfield Transport, Inc. the West Springfield Massachusetts reportedly has a spotty safety record.

According to the Boston Globe, the company has been cited 74 times by Federal regulators in the past two years.  The numerous infractions included allowing unlicensed commercial drivers and a suspended operator operating a motor vehicle.  The Globe’s investigation of federal records concluded that Westfield Transport incurred violations at a rate four times the national average.

Healey’s investigation may be an indicator that serious charges (civil or criminal) may be forthcoming against the company.