For some reason, death has crept into my consciousness recently.  I’m really not sure why.  Whether it was serendipity or something else, Kim and I were out riding the other day and came across the Hope Cemetery.  It’s in the town of Barre, VT (population 8,600). I know you are thinking.  Big deal, there are cemeteries all over the world.  That’s true, but there’s more to Barre’s Hope Cemetary than almost all other cemeteries. 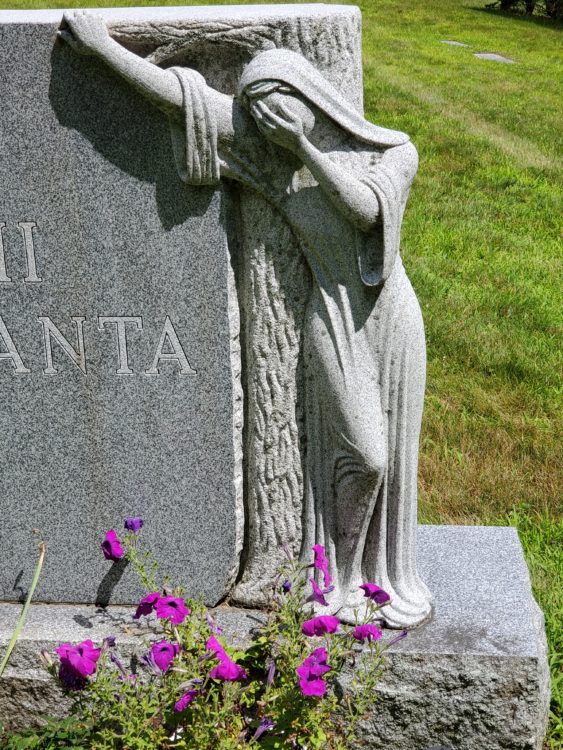 The sheer sorrow from this memorial came right through to me. 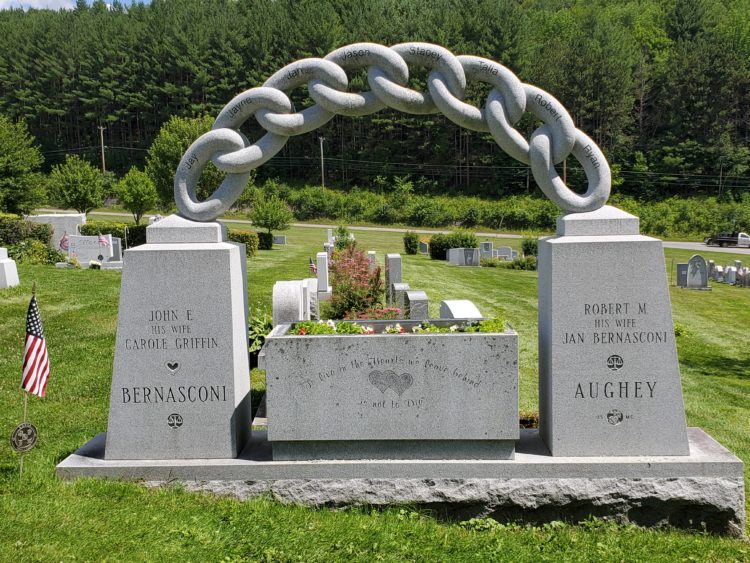 Family linked in life and death.

As the Barre grey grew in popularity, talented stonecutters from all over the world came to Barre to work in the quarry and carve monuments.  Large numbers of Italians and Scots who could trace their family stone cutting/carving roots back many hundreds of years flocked to Barre.

A couple shares their bed in life and death.

And the work they did and do here is nothing short of amazing.  The stone carvers saw memorials as more than a grave marker.  They saw memorial monuments as art.  And it shows. 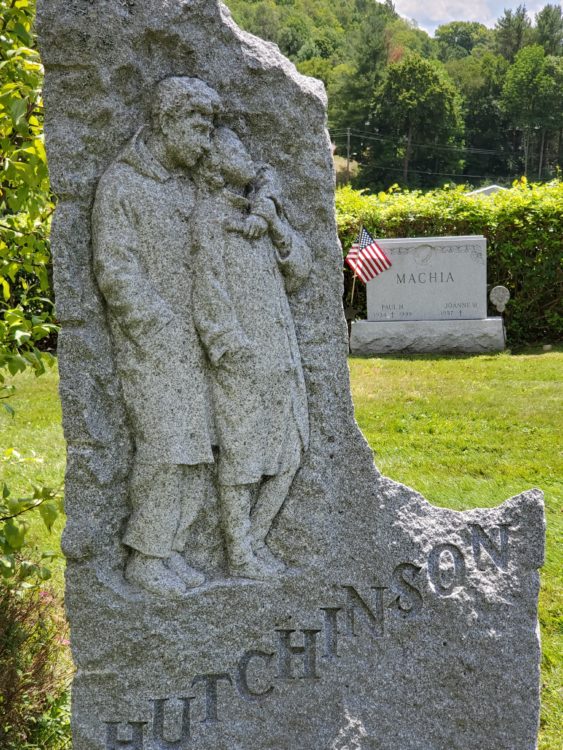 Wherever we go we’ll go together.

Barre’s Hope Cemetery has many “ordinary” monuments, but it also features many unusual and spectacular markers that are truly works of art.  Monuments that reflect the deeds, beliefs, and love of the people commemorated. 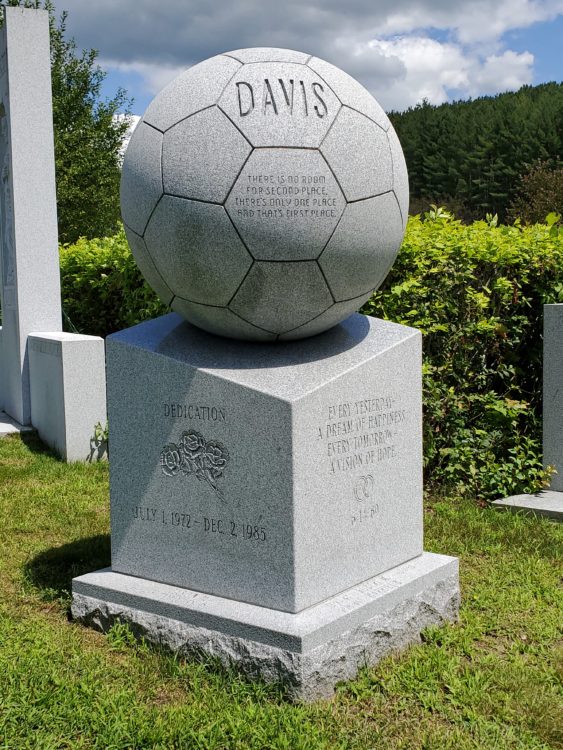 So what do these monuments look like?  Here’s more of what you will see inside.

Music was part of many people’s lives. This memorial was more than 10 feet high. 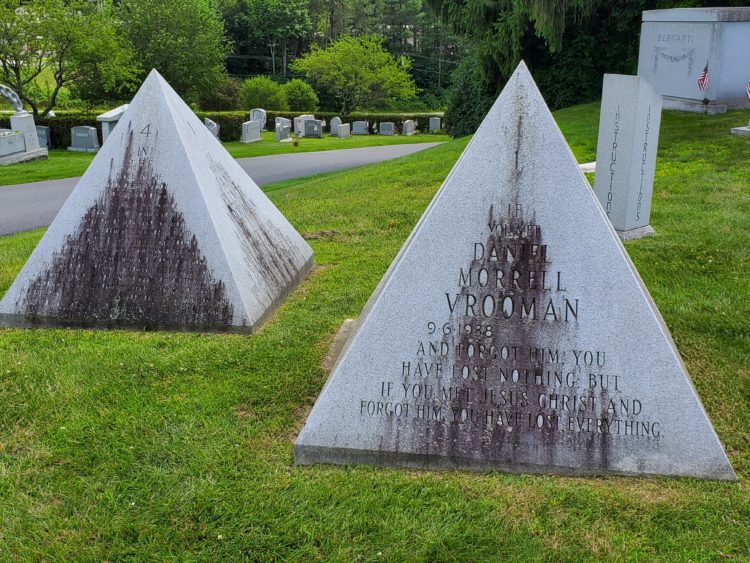 These two pyramids were inscribed on all four sides and came with instructions on how to read them. The block of granite just behind them provided the instructions. This very large pagoda is constructed to hold eight people. 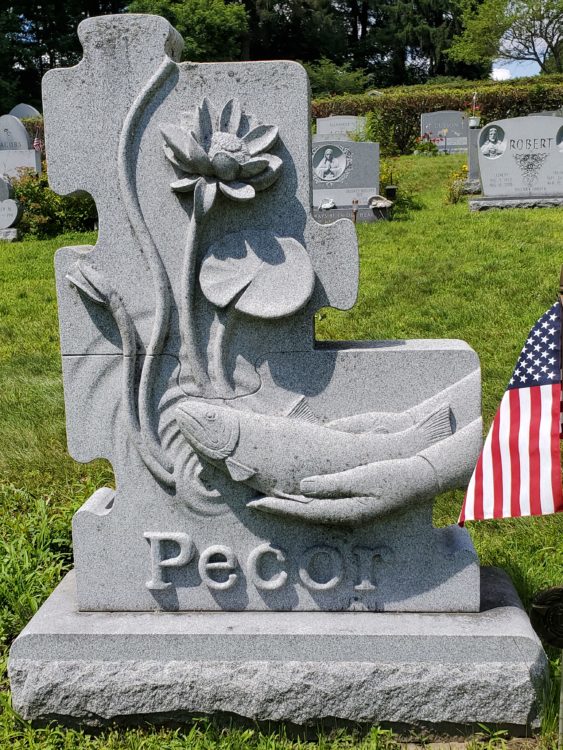 I imagine this person was a wildlife manager or lover.

Some music memorials were less grand. 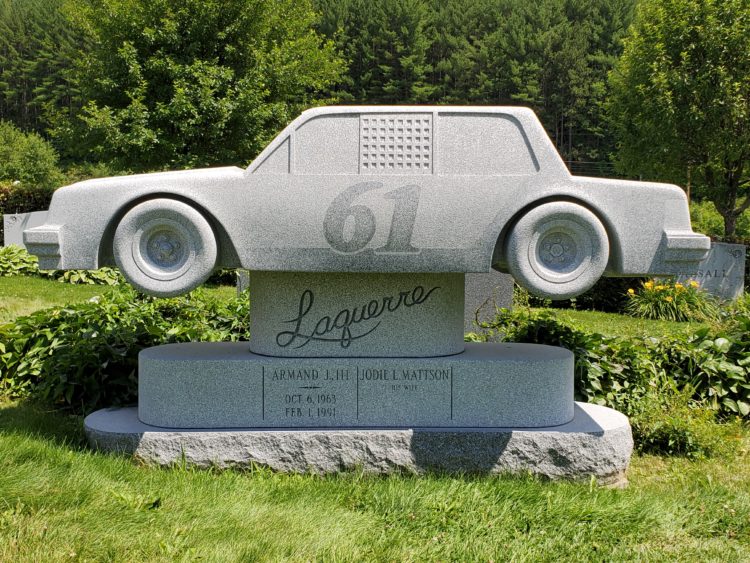 This memorial was for a local race car driver killed not on the racetrack, but in a snow machine accident. The car was about 1/2 size. 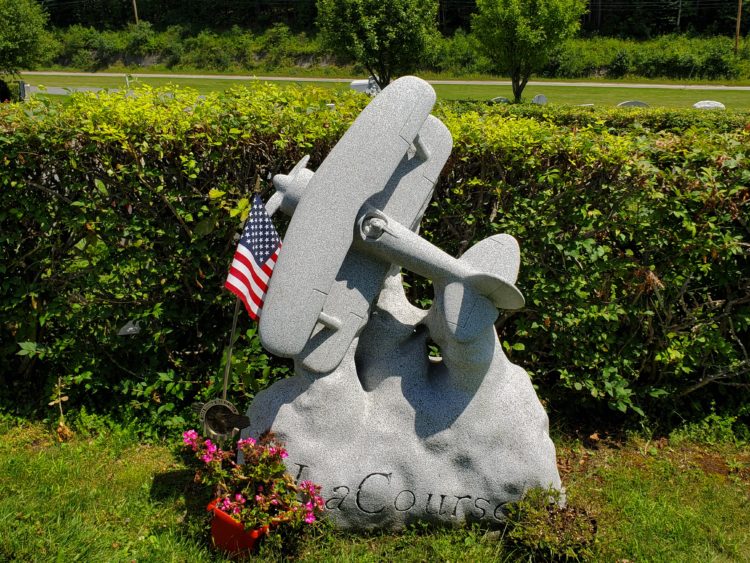 There were lots of pilots memorialized. Many stones had aircraft on them. 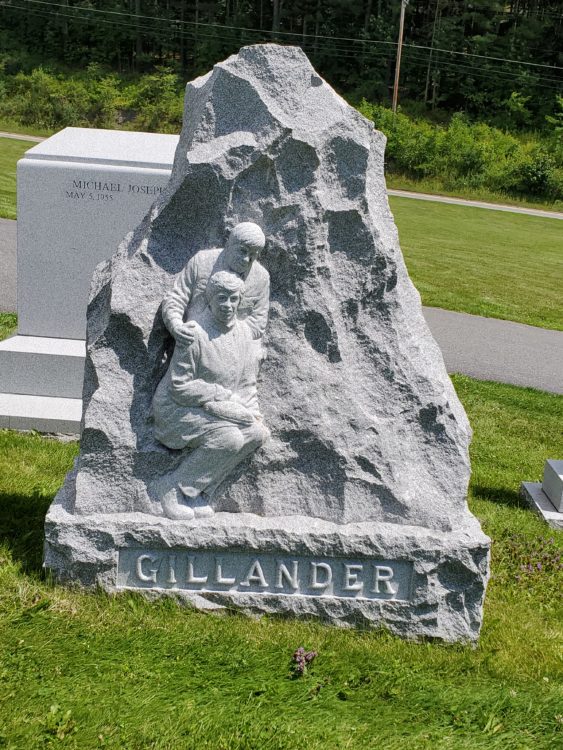 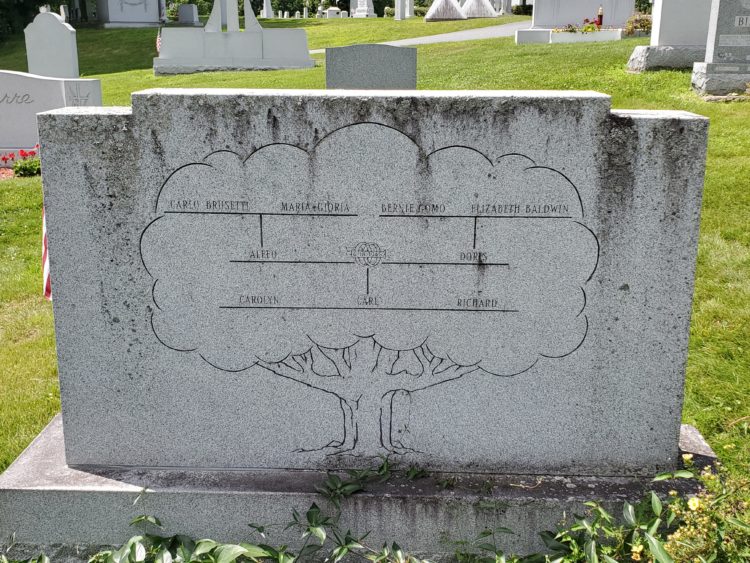