Do you still use old school navigation?

Some five or four years ago, a friend of mine and I were riding our bikes in Lithuania. We were up north, looking for a shortcut to Panemune, this beautiful old road that runs along the river Nemunas and reveals some of the best scenery in Lithuania – green valleys and forests dotted with medieval castles, a sort of a mini River Loire castle road. Anyhow, neither of us were on dirt bikes exactly – my buddy was on her 650 GS with road tires, and I had this monstrous old Yamaha XJ900 at the time. Still, we’d decided we’d cut across the forest, because it was still early morning and we were in for an adventure; so we got off the main road and headed into the woods, riding more or less south-west, or so we hoped.

Neither of us had a GPS or a charged phone, for that matter, as the ride was completely improvised. Initially, we’d planned to stay on the main roads, and the idea to cut across the large forest was a whim. Whatever happened, we figured we’d be OK anyhow – Lithuania is a very small country, so if you just keep going, you’ll get back on some main road eventually. The scariest predators in the wild, back home, are probably wasps – perhaps a grumpy wild boar here and there – and Lithuanian “middle of nowhere” is never more than 400 km away from the capital city Vilnius. It’s not exactly Mongolia or Alaska; we figured we’d be fine. 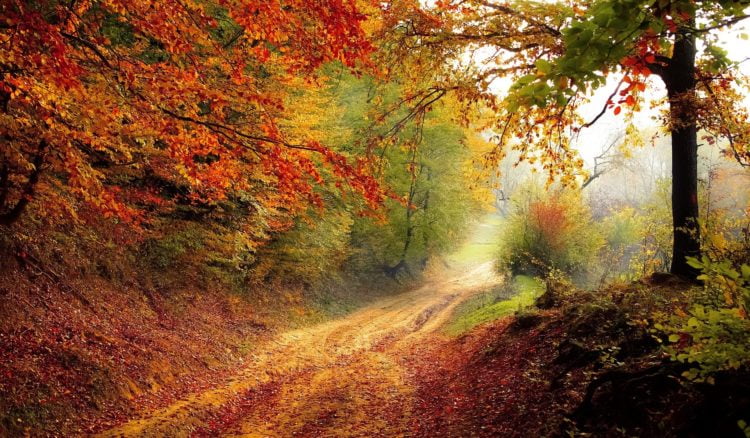 And we were. All we had for navigation was the sun; we kept heading South-West, however wonkily, and we knew that the road we wanted was pretty much the only main road on the other side of the forest. In a straight line, or using a bigger road, the total distance would have been no more than 30 km or so; we did double that, following small forest service roads, narrow paths, and a few dead ends where we had to turn back. In the end, after a couple of hours, we emerged on the Panemune Road, our bikes splattered with mud and a few twigs tangled in our hair. The navigation wasn’t precise at all; yet, it worked, and we had so much fun that we’re still talking about it every time we meet.

Every once in a while, I try to repeat the success of our forest expedition when I’m on the road now. Finding a way to cross Slovakia on back roads when I’d forgotten to download European maps to my GPS; wandering about the Chimborazo Volcano and trying to find an alternative dirt route back to Quito this winter; trying to get my bearings during a rally when roadbook seems questionable; finding the next day’s Dakar bivouac by the enormous clouds of dust, not the GPS coordinates, last year in Peru – all of this is small and perhaps insignificant when compared to all the times I do use the Garmin GPS unit, MapsMe, or Google Maps. But this is also the most joyful. 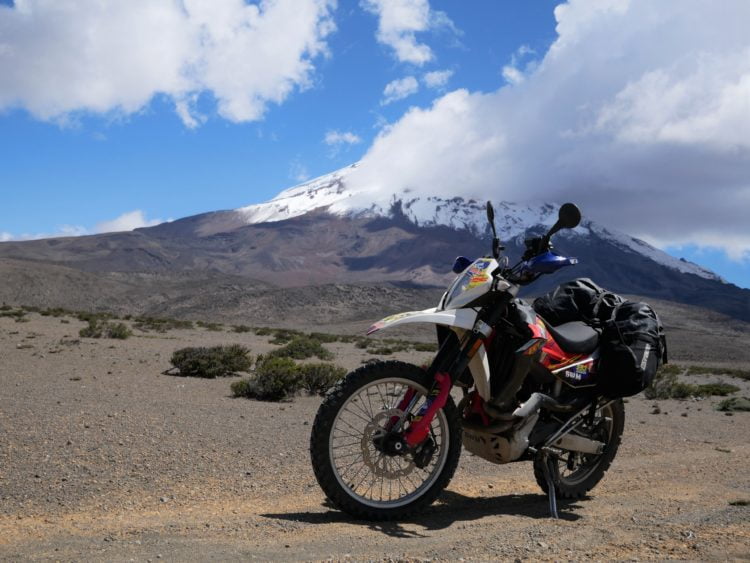 When the GPS fails – or is turned off deliberately – it’s almost like my brain goes, “oh wow, wait, what?? I get to figure things out just by road signs, or the sun, or things on the horizon? All of this, just for me?? Yay!!”.

Starlink vs Ripples in the Sand

A recent article about Rider Connectivity by John Philips has left me fascinated. All of that new tech just blows my mind, and it’s absolutely incredible how far we’ve come. I remember my mum telling me how seeing the TV for the first time was a huge deal for her as a kid (my mum was born in 1950 in a small village in Lithuania where TVs were a luxury and only a few families in the village had them). Now, we can video-chat for free even if I’m in Lima and she’s in that same small village in Lithuania.

Needless to say, smartphones and SPOT devices, GPS units and offline smartphone navigation – all of this is amazing. It adds to our safety, minimizes the route planning time, and keeps us informed. And, again, I alternate between my Garmin and MapsMe all the time with very few exceptions.

Yet, no matter how great the navigation and SPOT devices will become in the future, and no matter how much we’ll be using them, I still think it’s vital to keep the old school navigation skills fresh. Not because there’ll maybe be some grand, near-apocalyptic event that’ll leave us suddenly GPS-less; and not even because your GPS might die on you while traversing the wild woods of Lithuania. At least for me, it’s simply about keeping your brain engaged and, in a way, entertained. As with any other skill, if you don’t use it, you lose it. As a teenager, I spoke German and played classical guitar; but because I haven’t practiced either for years, all I’ve got left is the ability to say Schadenfreude and Eichhörnchen without an accent and a few chords from some obscure medieval sonatta.

So, by all means, let’s keep exploring and buying the newest navigation gear, as it is awesome and helpful. But in the meantime… here are a few ideas on how to keep the old school navigation skills alive:

Of course, few of us have the luxury to just wander. Lack of time and utter obsession with efficiency have seeped into the adventure riding world, too. We want to get places, but get there efficiently – ideally, before dark but after 5pm, hitting at least two bucket list spots on the way, having a nice lunch at the local, authentic eatery but with good Google reviews because ew, what if the food is too greasy or they don’t do lattes, and we want to stay at a pre-booked hotel or campsite that’s family-owned but not too basic, has hot showers and that Insta-friendly boutique yet wild look, and we want secure bike parking and good WiFi, duh, and then if we could have some mountains and perhaps a bit of a coastline along the way as well, please? – no dreary deserts in between though, yuck. Set the sky to technicolor blue. Share to IG and FB.

I’m not a luddite, and again, I do appreciate all the new tech. At the same time, I admit it scares me what it will be doing – already is doing – to our brains and perhaps souls, if we still have those.