The ride from Novosibrisk to Omsk was just under 700km in a mixture of rain and sun with the wind from my stern quarter. 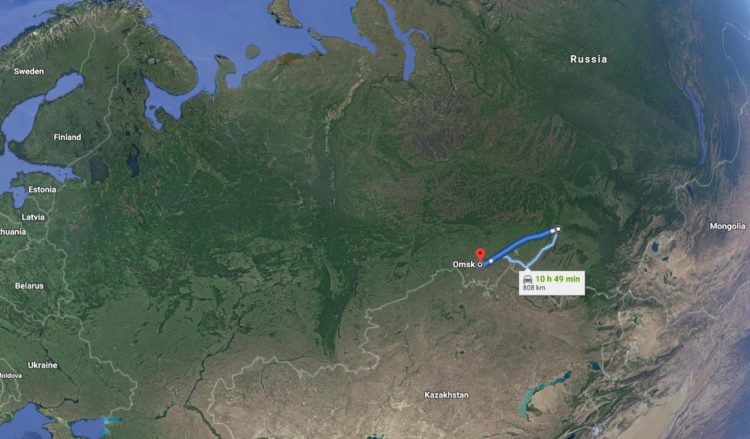 My gear is not the best but configuring things that work is straightforward.  For light rain that’s not too cold, mesh armor with a rain shell over the top works.  There’s something about riding in sun showers that’s hopeful.  It was that kind of day. 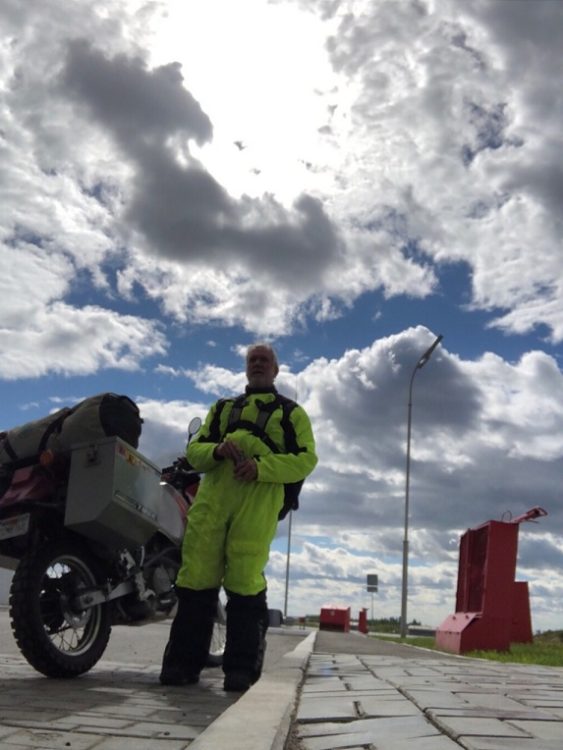 Novosibrisk to Omsk in Sun Showers

Arriving in OMSK and walking the city I just had to snap a picture of pay phones.  A lifetime ago my first job out of school was to write software for what are now old time digital telephony switches (long before voice over IP).  Payphones were a particular challenge since the “new” digital technology had to mimic “old” analog hardware that was matched to things like payphones.  Now these crazy looking contraptions are nothing more than a curiosity and I suspect a major headache to service providers brave enough to keep them online. 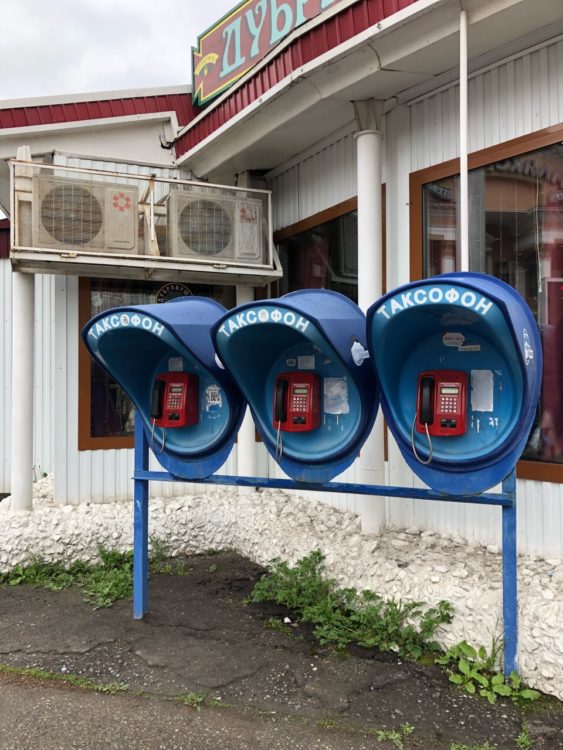 Incidentally one call feature that the Turkish PTT, Netas,  insisted that Northern Telecom implement was named “malicious call trace”.  Once invoked by old crossbar switches (ie. the devices replaced by digital switches, which in turn gave rise to cisco, Juniper, Ascend…) the physical crossbars were locked in until officials said it was “OK” to release the connection (meaning they got their trace).  Our software job was to  hold the path through memory and ingress/egress line card hardware on every switch involved in the connection until those same “officials” had their trace!

A memento from the collaboration between Turkish Service Provider, Netas and my first employer, Northern Telecom

Little did we know that a few short decades later the NSA would lean on the surviving telecom giants to harvest every electronic conversation on earth.

Back to 2019. Walking the city revealed buildings that were from past generations and as they sank the streets just rose up around the building.  This is not an uncommon site. 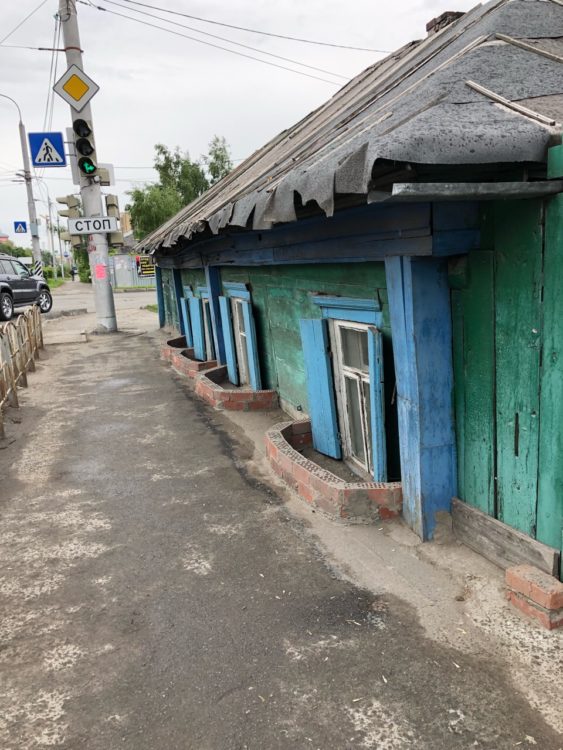 The number of churches and cathedrals throughout Russia is staggering.  The majority are beautiful intricate creations that are pleasing to the eye. 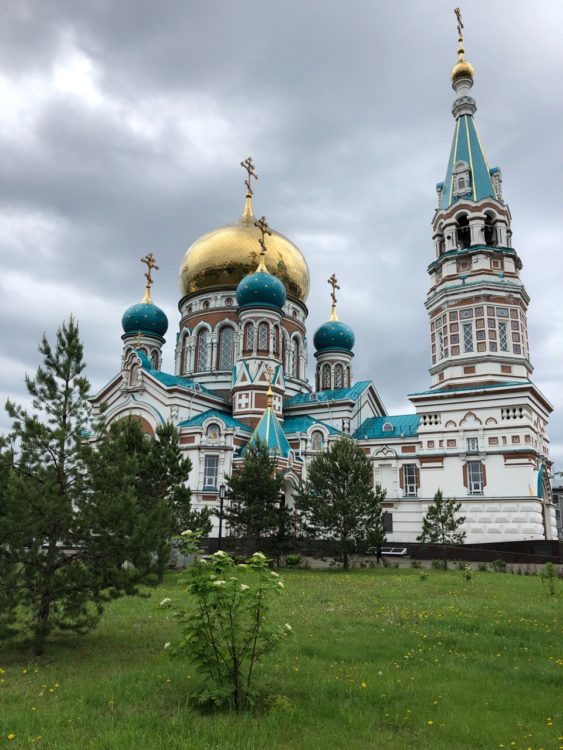 It’s always interesting to see statues in other countries.  This one of an actor and director.  The CCCP notation on the plaque underscores the era. 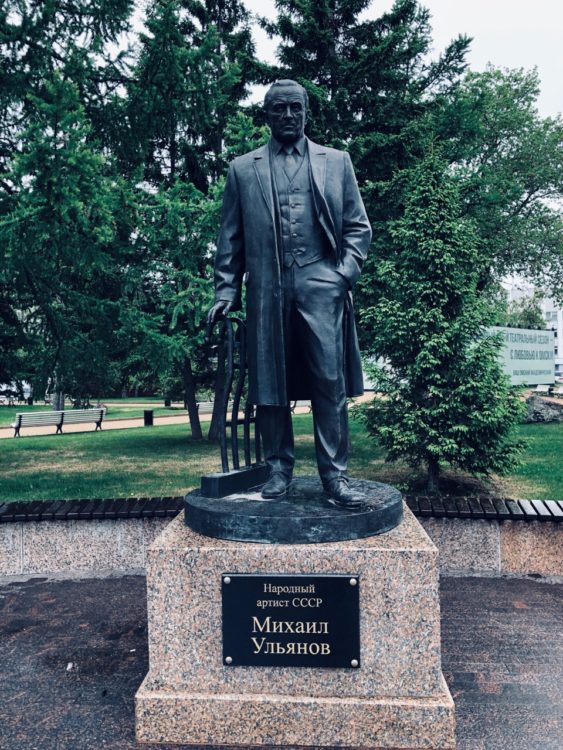 The rain was light and architecture pleasing to the eye. 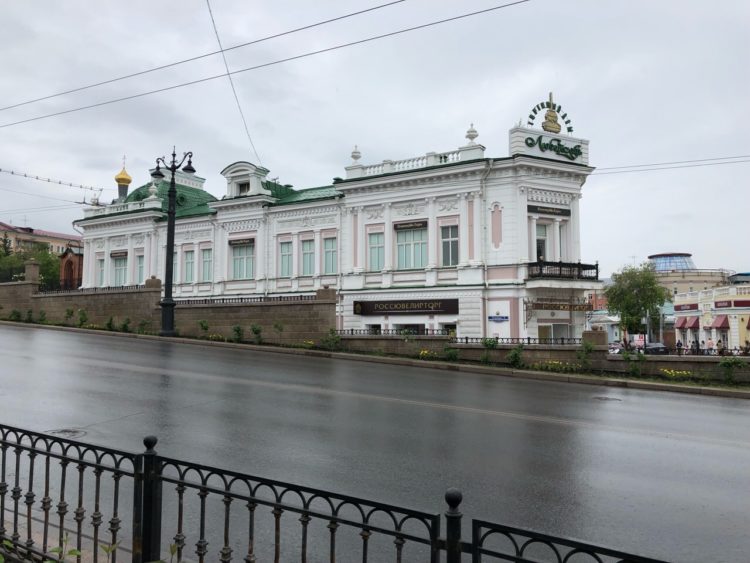 The bike loaded with gear always attracts the attention of passersby.  These two gentlemen were headed out on a Friday night with great expectations. 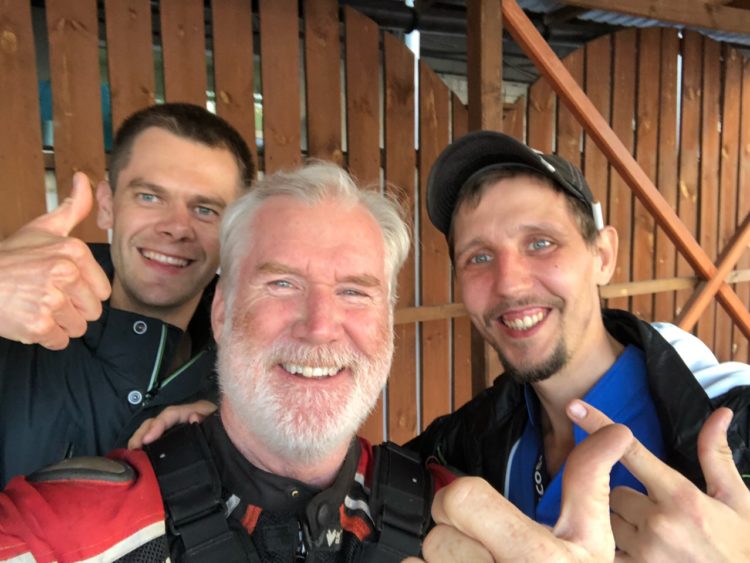 Hope Springs Eternal on a Friday Night in Omsk

The statue of Fyodor Dostoyevsky, author of Crime and Punishment, was particularly powerful.  Caught in mid stride, windblown, timeless here in Omsk on a windy rainy day. 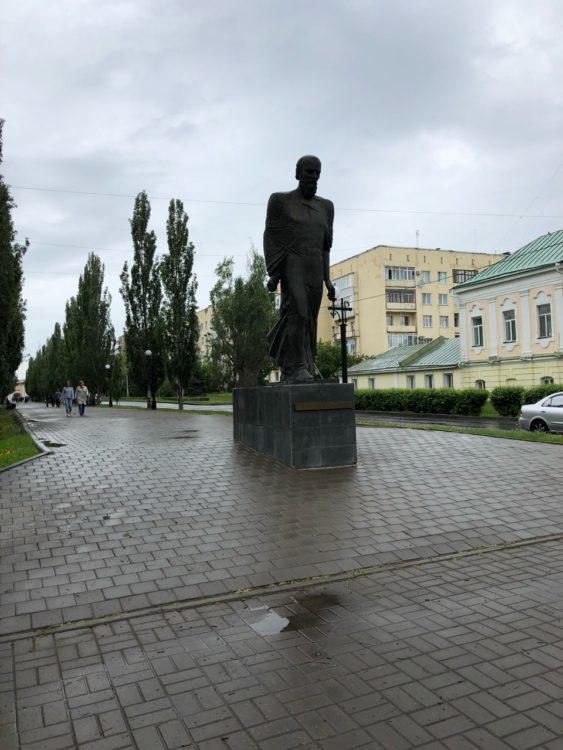 One theme that repeated was the troubles of the 1990’s.  Westerners thought, “how wonderful”,  when the Berlin wall came down and new openness spread throughout the former Soviet Union.  The vast majority of Russians saw a decade of unrest, crime and gang warfare in the streets of previously peaceful cities. Strongman Vladimir Putin is popular in no small measure due to his unwavering commitment to law and order – his citizens like that. 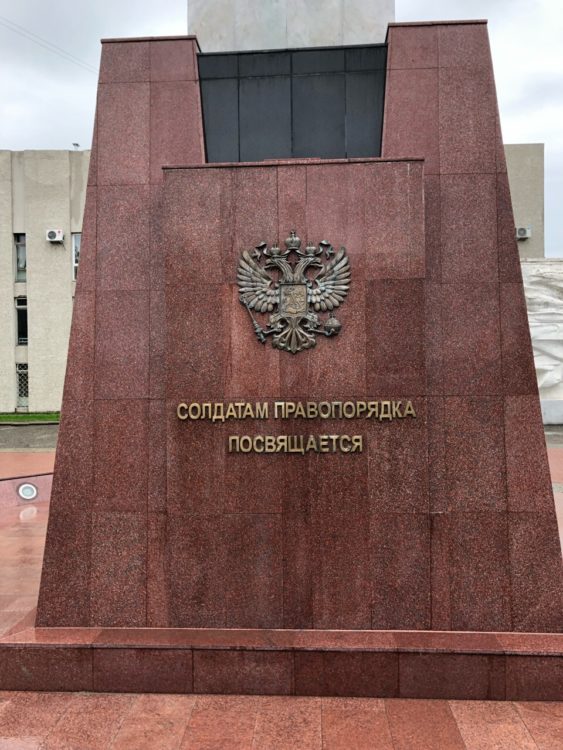 Breakfast, the most important meal of the day, did not disappoint in Omsk.  Delicious: 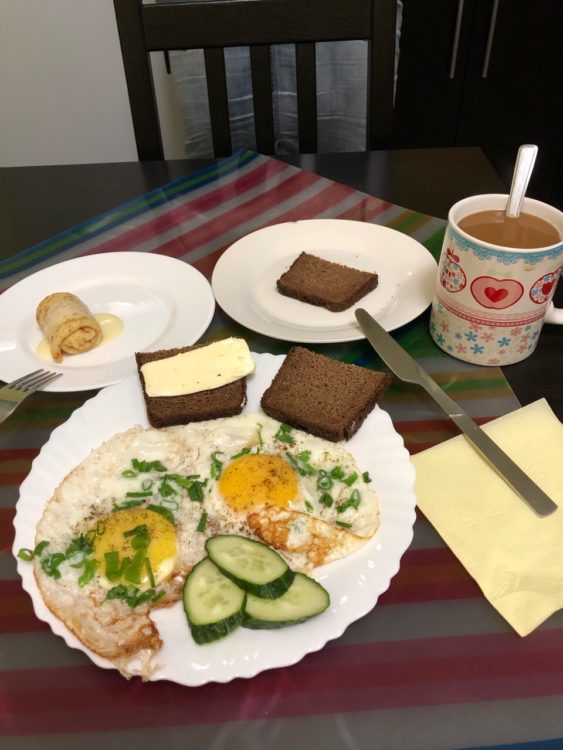 Time to get back on the road.