The first Triumph Bonneville rolled off the Triumph Engineering production line in West Meriden, England in 1959. 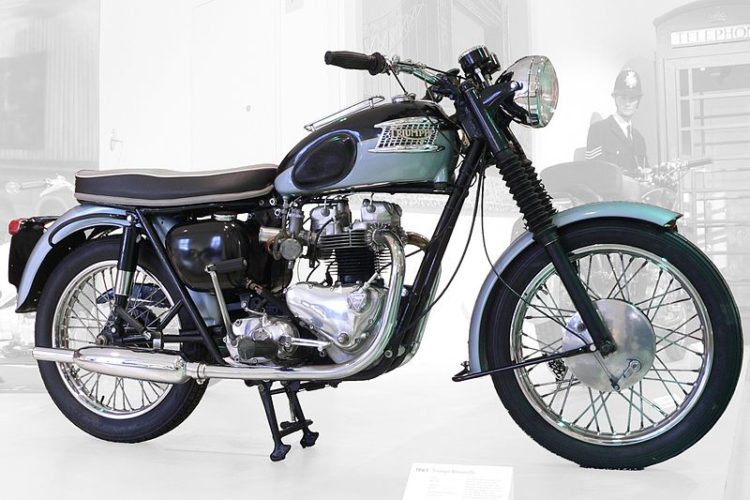 But the Bonneville has at least three lives. For it is now the biggest-selling model that Triumph Motorcycles (of Hinckley) make.

To celebrate its 60th anniversary (sort of, since a bunch of years are missing because production stopped), Triumph are creating two limited edition Bonnevilles. 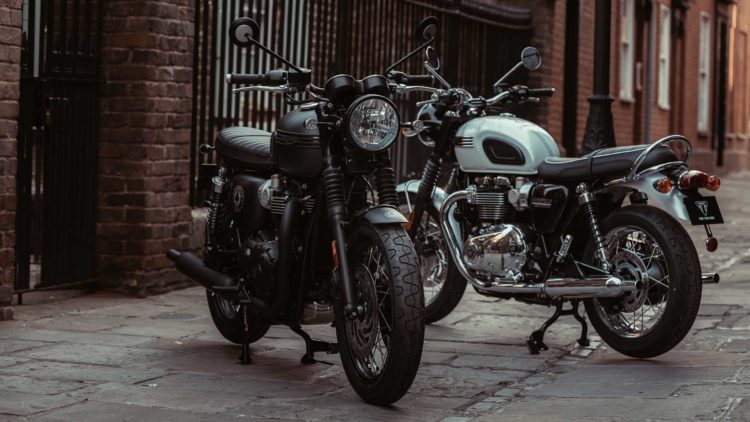 The Ace harkens back to cafe racer days in England when the Ace Cafe in northwest London was in its heyday. It’s a style statement, based on the Bonneville T120 Black. The Ace has a black “Storm Gray” finish with a contrasting stripe, Ace Cafe graphics, and the tank has a graphic that says “Head down – Hold on.” 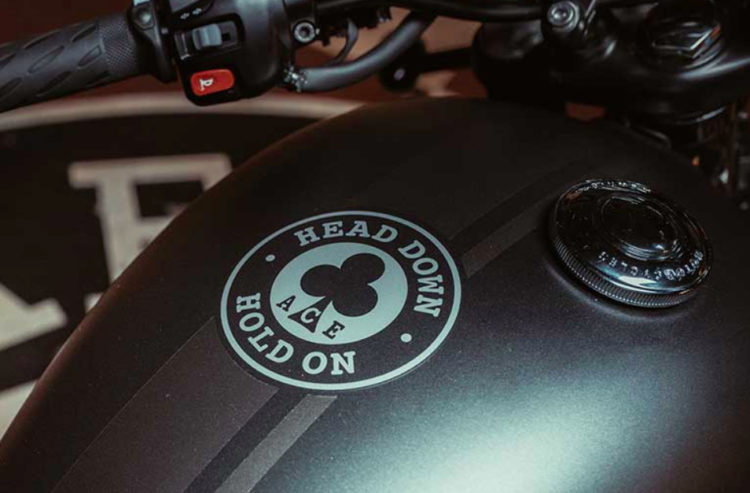 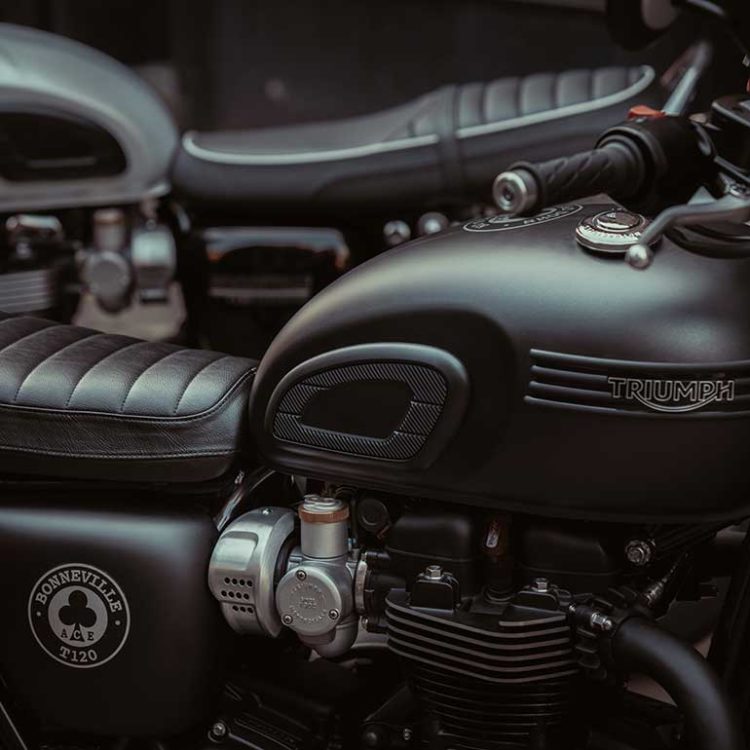 Only 1,400 will be made. Each will come with a certificate signed by Triumph CEO Nick Bloor and (new, modern) Ace Cafe founder Mark Wilsmore. 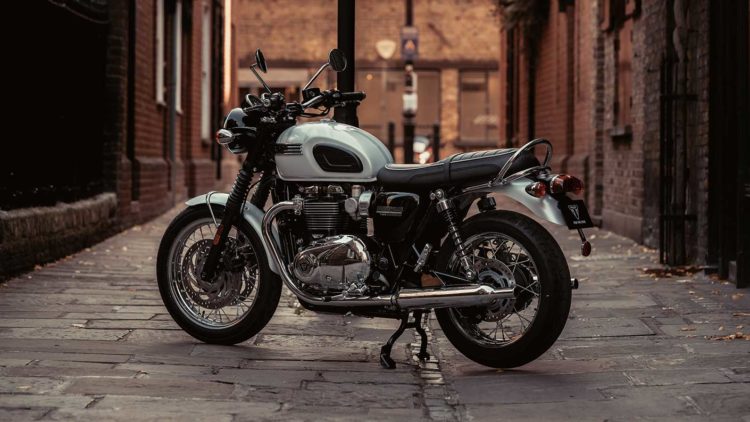 The other limited model is the 2019 Bonneville T120 Diamond.

It has a bright Snowdonia White and Aluminum Silver paint scheme depicting the Union Jack on the tank, which Triumph says is a callback to the look of bikes in the 1950s and ’60s. There’s also Diamond side panel branding. Instead of the Ace’s black, buyers get chrome on the tank badge, engine covers and badges, and the chain guard. 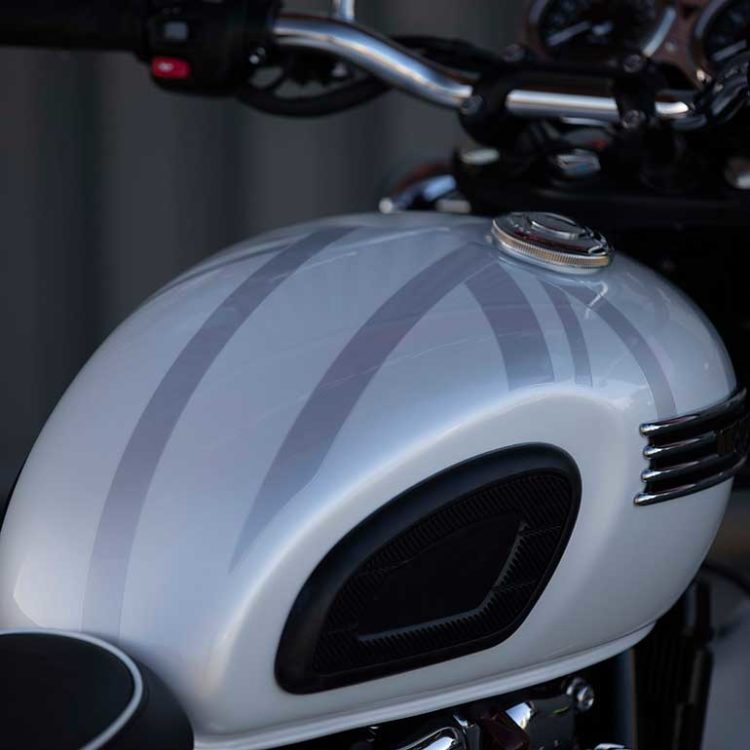 If the Ace is limited, the T120 Diamond will be positively rare. Only 900 will be made, with a Nick Bloor-signed certificate.

For pricing and availability, you’ll have to check with your Triumph dealer.